We love short films. That sounds like a statement that’s almost ludicrously obvious, but, like short stories, there’s something about the medium that makes it unique, allowing filmmakers to tell a story that’s succinct and that has to grab you almost instantly.

So we were hugely excited to help get the word out about Bristol’s Encounters Film Festival, which is running from 20-25 September and puts short films and animation from around the world in a wide range of genres on the big screen.

Alice Cabanas, the Director of Encounters Short Film and Animation Festival, tells us what we need to know about the festival and why genre film fans can’t afford to miss it.

In brief, could you describe what the Encounters festival is all about?

Encounters is Europe’s leading short film festival, designed to celebrate both live action and animation films, with submissions from all over the world. Films selected as winners at Encounters go forward to selection for the BAFTAs and Oscars. With over 2000 entries the best are selected and then programmed into genre or topic. This year’s programme features more than 300 short films and more than 40 live events. Guest speakers this year include Paul Mason, economics expert and broadcaster, David Sproxton and Peter Lord from Aardman Animations, DJ and filmmaker Don Letts and author and screen writer Dr David Nicholls.

What can genre fans expect to see?

Almost every base is covered at Encounters, from the late-night programme of thrillers and darker offerings to cutting-edge animation and funny shorts. A whole section of the programme is given over to sci-fi, under the title Close Encounters of the Short Kind, it will feature eight varied sci-fi films from directors across the world including Jimmy Hay, Tomasz Popakul and Tim Aspert and Sebastian Guerrieri. There’s also the premiere of a new horror film called Under The Shadow. Set in a haunted Tehran apartment as the Iran/Iraq war comes to an end. It’s a real spine-chiller and a must for horror fans. 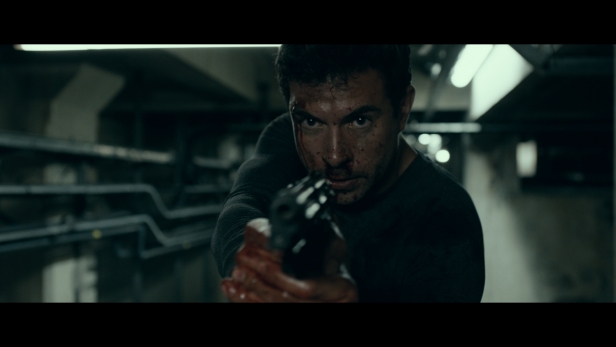 Is there anything in particular that festival goers shouldn’t miss?

There are plenty of highlights, more than we can fit into one list! Martin Freeman plays Steve Marriott in Midnight of My Life, part of the ‘Make Me’ short film screenings. The visit of a British legend like Don Letts to talk about his work cannot be overlooked and the Q&A with former Channel 4 news journalist and straight-talking economics genius Paul Mason should be fascinating. The Late Lounge programme is always popular with people who like their films gritty and edgy with a bit of gore thrown in!

What is it that makes short films so special?

It’s a real test of a filmmaker’s skill, to tell a story in just a few minutes. It produces some great work and there’s no chance of the audiences’ attention wandering. For the people who come to Encounters, it’s a great chance to see the work of several directors in a short space of time, sometimes just an hour, for the price of a ticket well below your multiplex standard price. With programmes like our festival highlights which covers all genres it can also be eye opening, with films you wouldn’t normally watch or subjects you weren’t expecting to know about.

Encounters Film Festival runs from 20-25 October at the Watershed Cinema in Bristol. For more information on the films, talks and events, and to buy tickets, visit the website.