Fantastic news from the most excellent people at Big Finish today, as it has been announced that Sir Derek Jacobi will be reprising his role as The Master in four new audio adventures collectively titled The War Master!

It’s ten years to the day since he appeared as “Professor Yana” in Utopia, the first episode in the three part finale that saw his benign amnesiac at the end of time suddenly remember exactly who he was…

And now he’s back, in stories that will be available from December. Here’s the trailer:

You can head over to the Big Finish site here to find out more, and keep reading below for more info… 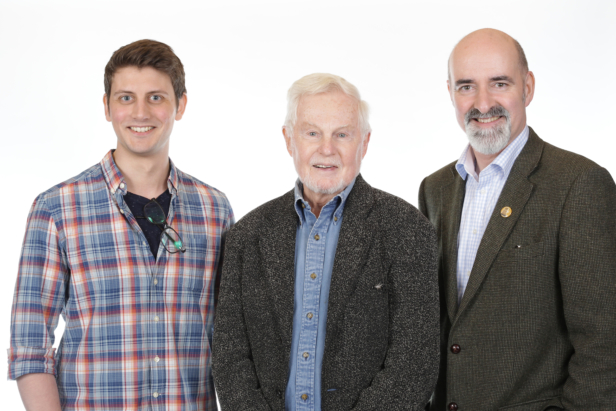 “His incarnation is very much the ‘Hannibal Lecter’ of Time Lords – intelligent, charming, but thoroughly ruthless – we had a lot of fun in studio bringing the War Master back to life,” explains producer and director Scott Handcock. “It’s been a gift of a project, and we can’t wait for listeners to hear it!”

“I didn’t expect to come back to it all these years later,” says Sir Derek, “but I was thrilled to be remembered. The plots in all these episodes have been very good indeed, very interesting, very dramatic, and beautifully written. The whole process has been a delight!”

Doctor Who: The War Master Volume One follows the exploits of the Doctor’s arch-enemy during the course of the devastating Time War, featuring stories from acclaimed Doctor Who writers James Goss, Guy Adams and Nicholas Briggs – as well as new writing talent from Janine H Jones.

DOCTOR WHO: THE WAR MASTER VOLUME ONE WILL BE CONQUERING THE UNIVERSE FROM DECEMBER 2017 IN FOUR HOUR-LONG EPISODES:

Beneath the Viscoid by Nicholas Briggs

The Sky Man by James Goss

The Heavenly Paradigm by Guy Adams

Writer James Goss explains what makes this Master unique, “What was exciting about this was that normally the Master loses. He puts in the hours, he works through all these elaborate plans and yet it all goes wrong. It’s not fair! What did Sir Derek do in the Time War? It’s thrilling to have helped find out.