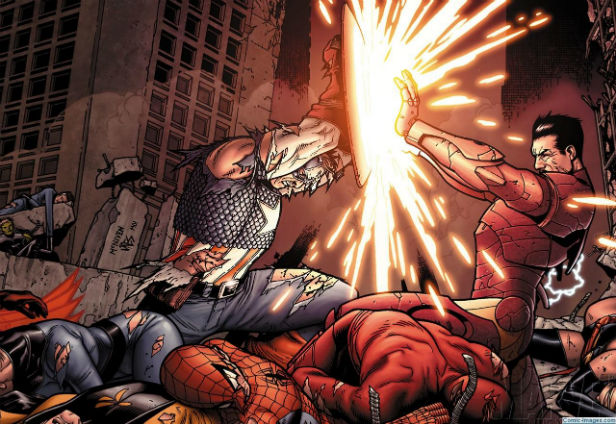 In the wake of Avengers: Age Of Ultron, you’d think people might be suffering from Marvel Cinematic Universe fatigue. Apparently this isn’t the case, as yet another big name – one that might surprise you – has been announced for Captain America: Civil War: none other than Martin Freeman, according to Marvel.com.

Having made his name in The Office, before going on to appear in the likes of Sherlock, Fargo and The Hobbit, Freeman’s star is very much on the ascendancy. There’s no word on who he’s playing as yet, but we’re going to predict a villain role – more specifically Dr Faustus. We’ve nothing to back this up, it’s just who we reckon it’ll be. Feel free to pat us on the back if we’re somehow correct.

For his part, Marvel chief Kevin Feige spoke highly of Marvel’s latest star: “From his roles as Bilbo Baggins and Doctor Watson to Tim in The Office, Martin’s range from the dramatic to the comedic has consistently impressed us… We couldn’t be more honoured or excited to have such a talented actor join the Marvel Cinematic Universe.”

Captain America: Civil War will be released in cinemas in the UK on 29 April 2016. Get all the latest comic book movie news with every issue of SciFiNow.