When Daniel Brühl was cast in Captain America: Civil War, there seemed to be two names that rose to the top of the “he’s definitely playing this character” pile.

Now, Screen Crush is reporting a casting call for the movie that states that the Rush and Inglorious Basterds star will be playing Baron Zemo, not Baron Mordo as some believed. 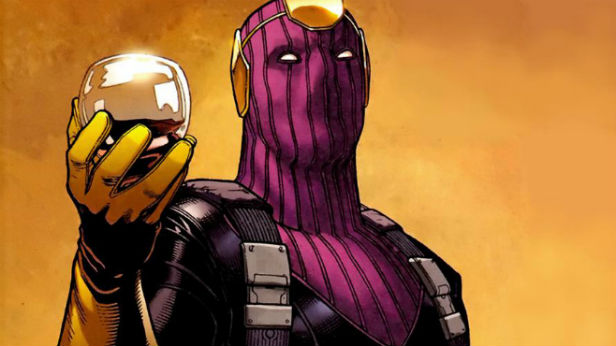 Of course, there are two Baron Zemos, both of whom play an important part in Cap’s history. The first, Heinrich Zemo, is a classic Nazi villain, complete with a purple cowl and a death ray.

The second, his son Helmut, took the Baron Zemo mantle and would later form The Thunderbolts; a group of supervillains posing as heroes.

The report doesn’t clarify which Zemo Brühl will be playing. Given the inevitable scope of the film with the Superhero Registration Act and the inclusion of Iron Man, the return of Black Widow, Falcon and Nick Fury, and the fact that it’s introducing new characters like Chadwick Boseman’s Black Panther, it might make sense to have a more contemporary villain…

Captain America: Civil War is released in UK cinemas on 29 April 2016. For more on the comics that have inspired the film, pick up our 100 All-Time Greatest Comics bookazine now!