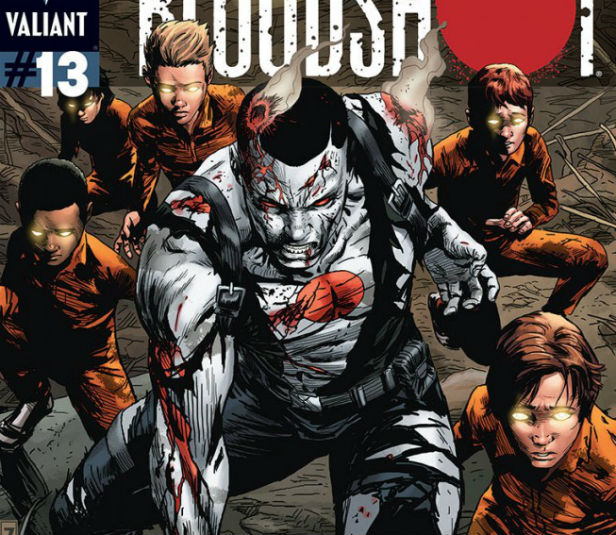 Following the recent news that Valiant Entertainment had got a big financial push to put their comics on the big screen and TV, THR reports that a five picture deal has been set up at Sony for Bloodshot and Harbinger.

The former is the first off the starting blocks, with the first Bloodshot movie set for 2017. Both properties will get two solo movies before Harbinger Wars will combine them for a big event crossover.

The very exciting news is that John Wick directing duo Chad Stahelski and David Leitch have signed on to direct Bloodshot, which has been written by Kick Ass 2‘s Jeff Wadlow and The Thing prequel’s Eric Heisserer. Matthew Vaughn and Jason Kothari are on board as executive producers, while all five films will be produced by Dinesh Shamdasani, Neal H. Moritz and Toby Jaffe.

Kevin VanHook, Don Perlin and Bob Layton created Bloodshot, “a soldier brought back from the dead by a secret government agency and turned into an unstoppable killing machine with no memory.”

Jim Shooter and David Lapham’s Harbinger “is a next-generation X-Men-esque storyline about a group of superpowered beings on the run from the Harbinger Foundation, an organization run by mysterious philanthropist Toyo Harada.”

Archer And Armstrong and Shadowman are also in development.

You can buy Bloodshot Volume One for £7.50 at Amazon.co.uk. Keep up with the latest comic book movie news with the new issue of SciFiNow.