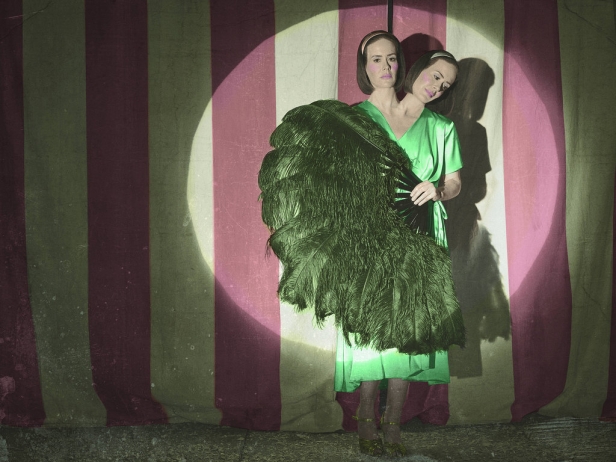 Some huge changes could be coming for American Horror Story Season 5, as FX CEO John Landgraf has confirmed that there is going to be an “unusually large reinvention”.

“I know what it is, but I can’t [say],” he told TVLine at the TCA winter press tour. “I have to let [series boss] Ryan [Murphy] do his thing on that. But it’s very different.

“One of the things I love so much about that is that it can be radically, radically reinvented in terms of tone, setting, period, characters, cast. I think there’s going to be an unusually large reinvention in between Book 4 and Book 5 relative to, say, between Book 3 [Coven] and 4 [Freak Show].”

As long as it’s not too different, we’re up for a reshuffle. The weirder, the better. But what we’re not overly mad about are the rumours that two-time Academy Award-winning Jessica Lange won’t be sticking around for Season 5. Sadly, Landgraf doesn’t have any new information on that front.