The film adaptation of Jules Verne’s classic science fiction novel 20,000 Leagues Under The Sea is one that has defeated a number of filmmakers. Ever since Richard Fleischer’s 1954 Disney version, the likes of David Fincher and McG have tried but ultimately failed. Now, however, the prospect of a big-budget modern update finally looks feasible, with none other than Bryan Singer announcing via his Instagram account that he has written a script: 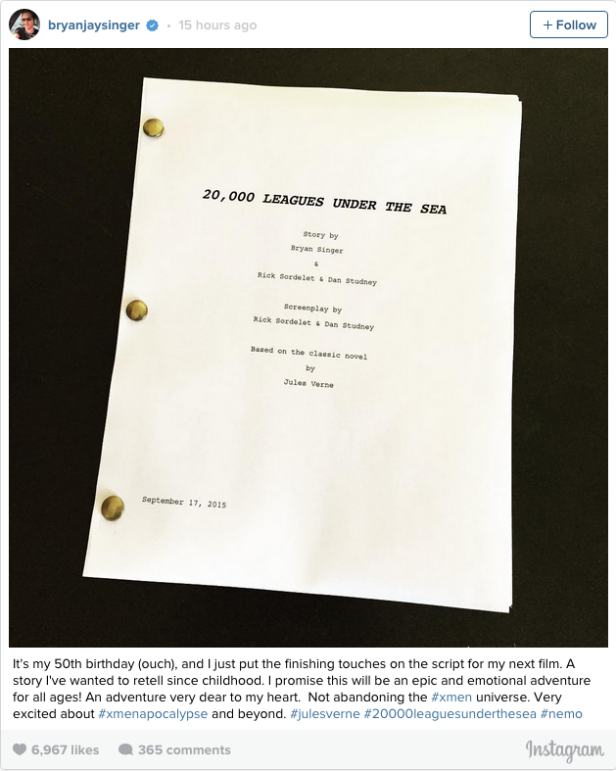 So as you’ll see, along with Rick Sordelet and Jack The Giant Slayer co-writer Dan Studney, Singer is having a good old crack of it. Considering his experience directing the kind of big-budget CGI-fests that this is sure to be via his time directing the X-Men movies, we’d say he’s a good fit for it.

X-Men: Apocalypse will be released in cinemas on 19 May 2016. For more news about the biggest films, pick up the latest issue of SciFiNow.