After concluding his barnstorming Age Of Darkness trilogy, author Stephen Aryan is back with Mageborn, the first in a new epic fantasy saga set in the same world that also serves as an excellent jumping on point for newcomers. We talked to Aryan about his new saga, the response to the Age Of Darkness books, his inspirations, and which TV shows he’d love to write for.

“The story takes place ten years after a major war (from Battlemage) which changed the world and how people look at magic,” he tells us. “Mageborn is the first book in a new age, the Age Of Dread, which tells you a lot about the popularity of mages. They’re seen as dangerous and unnatural for the most part. Someone is stirring up those feelings among the general public with the goal of eradicating all magic in the name of protection and safety. Of course that’s only one side of the story and there are characters on the other side who think magic can help people and want to see it develop not disappear forever.”

Was it exciting to start a new trilogy after concluding Age Of Darkness? Or was it slightly daunting?

It was very exciting and a little easier than when I was writing Battlemage because so much of the groundwork had been done. Plus, I didn’t have to start over with world building. Everything was already there from the countries, to the different races, religions and the magic system. I had to do a bit of recapping for new readers, but it meant I had a solid foundation on which to build for the new trilogy. The first trilogy, the Age of Darkness, was atypical in some ways, as each book had a very different style. So it was a little daunting to plan a more traditional trilogy this time where it is one long continuous story, split across the three books, with no time lapses in between.

Mageborn is set in the same world but it’s accessible enough for newcomers to jump into. How difficult is that to get right?

This was a bit tricky to get right when designing the story. I wanted to reward loyal readers who had read the first trilogy, with character pay-offs and other easter eggs, but also create a story where new readers were not lost from the beginning. So there are callbacks and returning characters from the first trilogy, but I also introduce several new characters in Mageborn. Another bonus was that a new editor at Orbit worked on Mageborn who had not read the first trilogy, so she was the perfect beta-reader to raise red flags. On one occasion I thought I’d provided some background on a character but that turned out to be in a totally different book. So there is some recapping and some shorthanding of events from the first trilogy so that no-one will feel as if they are missing out.

Along the same lines, was it important to have younger characters like Wren and Tianne to act as a kind of entry point for the world? The Red Tower’s a great setting too!

Thanks, I’m glad you liked the Red Tower. Yes, I wanted to have 3 young characters, Wren, Tianne and Danoph, who are the backbone of the series. They weren’t old enough to have been involved in the events of the first trilogy, so they talk about it in terms of what they’ve been told, which works well as a way of telling new readers what happened. I also thought it was important to bring back some older characters too, so there are people who were actually there and witnessed the events first hand. It allowed me to explore the idea of rumours and myth versus the truth when it comes to historic events.

Also, while there are some returning characters, some have moved into more secondary roles, but for others I felt their stories weren’t done. So there are a few different types of characters arcs to explore in Mageborn and the next two books.

There are a few POV characters in the book; do you have a particular favourite?

Not really. It really depends on who I am writing that day and the mood I’m in. If a chapter is going well I’m often tempted to skip forward to that character’s next chapter and just keep going, but because the storylines crossover I stop myself to avoid getting into a pickle. Some characters are definitely easier to write than others. There’s one new character in particular that was very hard to write and I had to revise their scenes and dialogue a lot before I was satisfied. I’ll let you guess who it was!

Putting plot and character to one side, do you find that writing in this world is almost second nature now after four books? Is it important to keep finding things to be surprised by?

Yes, at this point it is starting to become second nature because I’ve been writing in this world for about ten years since I first started working on Battlemage. However, I also don’t want to rest on my laurels and the world can’t either. Events from the first trilogy affect the world in Mageborn and the events in this book have a knock on effect in the next two books. So characters are constantly being forced to adapt to a new world order and find a way to survive which keeps me on my toes when writing.

There was a fantastic response to the Age Of Darkness trilogy. Have you enjoyed the experience of hearing from readers?

All novelists work in isolation in a bubble of silence for a year or more on their book. I had feedback from my agent and editors, but it’s not the same as hearing from readers. It’s very rewarding, particularly when they’ve scratched the surface of the story and see what’s really going on underneath or they come to a realisation about a character’s true motivation. There are lots of little nods and easter eggs in my novels to things that inspired me which some readers notice. There are also a few hints at some aspects that I never clarify on purpose and it’s fantastic when readers have worked it out and ask pertinent questions. It’s also amazing when a reader connects to a particular character and finds something in common. Hearing that from readers is priceless.

Yes, since an early age I’ve been reading fantasy books. It started with Tolkien, but then quickly expanded in C.S. Lewis, David Eddings, Terry Brooks, Margaret Weis and Tracy Hickman and Ursula Le Guin. In my early teens I found David Gemmell and his stories really showed me the scope of what was possible within the fantasy genre. To be fair, Weis and Hickman did as well, because once I’d read all of the DragonLance novels by them they moved on to other worlds and I loved their Deathgate Cycle novels, Darksword trilogy and the Rose of the Prophet trilogy which no-one seems to remember!

Was there an author or a novel in particular that was important to you growing up?

Early on it was definitely Eddings, but looking back as an adult I now think his Belgariad and Mallorian novels were young readers fantasy, or perhaps YA fantasy, before such a thing existed. The most important and influential author for me then, and now, is David Gemmell. Long before anyone thought of the label ‘Grimdark’, he was creating complex worlds with layered characters who weren’t always good people. They were just trying to do the best they could in difficult circumstances. Legend, Gemmell’s first novel, definitely had a big impact on me because the main character is an old man on his last adventure and I’d never seen that before. It was just so different. Anyone who has read my novels can see that Gemmell has had a big influence.

RJ Barker is a fantastic new author. I recently read his first novel, Age Of Assassins, which is an amazing read. It’s a coming of age story about a young disabled assassin and it’s funny, creative, wacky, heart-breaking and clever. I’m a big fan of Tad Williams and I loved his Memory, Sorrow and Thorn books. So I’m delighted that he has returned to the same world decades after writing the first trilogy. I can’t wait to do a full reread and then move forward with the new books. I also really enjoy his Bobby Dollar novels which are a lot of fun. I’m a massive fan of Jim Butcher and am eagerly awaiting his new collection of short stories next year set in the Dresden Files universe.

Finally, if you could pick any fantasy novel, movie or TV show world to write in, which would you pick and why?

I’m always very envious of TV show writers because they have writers’ rooms where a group of people get together to brainstorm ideas, build storylines and break the entire season of a show. Writing a novel is typically done in isolation. It’s just you and the blank page. So for that reason I would love to collaborate on a TV show and write for a show like Stranger Things which is amazing, or Daredevil which is my favourite of the Marvel Netflix shows. I’ve been a huge fan of the comics and the character for a long time so it would be a dream come true. 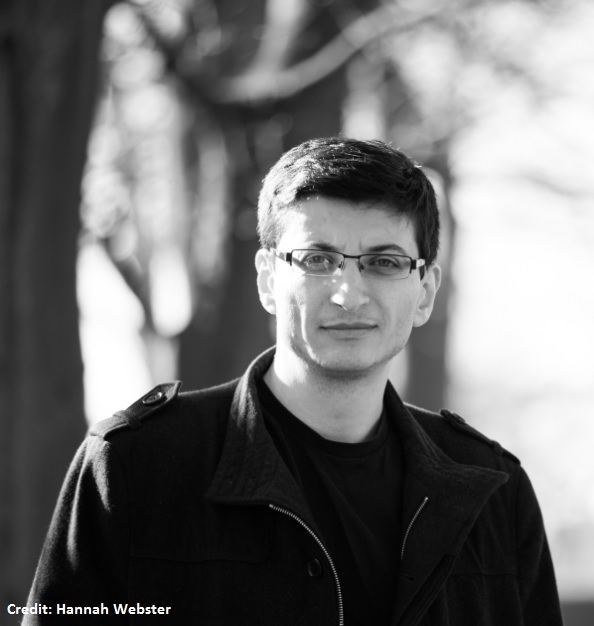 Mageborn by Stephen Aryan is available now from Orbit Books.