Rhett Reese and Paul Wernick are on a roll right now. Following the release of Deadpool, the writing duo seem to be everywhere and their new sci-fi horror Life gives them the chance to try something new: horror.

Life is set on board the International Space Station, where a sample of alien life from Mars is going under the microscope. Unfortunately for the crew, which includes Rebecca Ferguson, Jake Gyllenhaal and Ryan Reynolds, this rapidly evolving organism isn’t exactly friendly…

We talked to the Zombieland duo about jumping from comedy to horror, grounding their story in reality, and why Ryan Reynolds is every person’s dream.

Was Life an idea that you’d been working on for a while?

Rhett Reese: Well actually no, it was the idea of David Ellison, who is the CEO of Skydance. He, as we all did, loved the movie Alien when he was growing up, and he really loved the idea of a sample of life being brought back from Mars onto the International Space Station for study. It felt like a pretty logical thing to take a potentially damaging lifeform that might be a danger to humanity and explore it off-Earth before it was brought onto the planet.

So he thought of that idea and he  brought it to us, and we went in and pitched a vision for it and he hired us. We then wrote a script, they loved the script and we were off and running. We made the movie in about two years, which by Hollywood standards is quite quick!

Paul Wernick: I should add that one of the images that David pitched to us that stuck with us is this idea of being up on the International Space Station, and looking through the Cupola window down at earth, and being so close to your home and yet not being able to ever return because of this creature.

That was a haunting image for us, and one that really stoked a creative fire and we really latched onto that and built up from there. And we love original sci-fi and there is a dearth of original fare out there. I think there was, what, one movie in the top 30 that was original last year? Zootopia. And so this was our chance to flex that original muscle and also delve into horror and space in a real way and we got very excited very quickly.

The use of Goodnight, Moon is very creepy…

P: I read that book to my children growing up, but that idea of Goodnight, Moon set on a coffin in space as they’re looking down on Earth…

R: I hope that’s not the version you’re telling your kid!

P: Yeah, my kids are a little left of centre as you can imagine!

Had you always written it as very near-future SF?

R: Yeah, and I think that a lot of stuff in the movie is kind of ripped from the headlines. I won’t give anything away but one of the deaths of the crew was really taken from a true story that very nearly happened to an astronaut. It didn’t, he got saved at the last second, but those kinds of things, that research, made it grounded for us and made it feel like it could actually happen.

P: We are sampling soil from Mars and bringing it back to Earth and studying it and so yes, we really wanted to tap into this idea that it can happen.

Was it exciting to jump into the horror genre?

R: Absolutely. I’m somebody who grew up on Stephen King. We flirted with it in Zombieland, but we had to choose a tone and we chose comedy over horror ultimately, but in this case horror comes first. I’ve always had a really warped and active imagination and I know what it’s like to be scared, I had a lot of anxiety issues growing up, panic attacks as an adult, so the idea of trying to induce that in an audience is pretty exciting.

P: You want to share your misery with the whole world!

R: Yeah, I do! I wanna traumatise them! There are some scenes in this movie where your skin wants to crawl off your body and that is something that, for whatever reason, is entertaining to me. I like horror movies and I like to be scared. I don’t know why we have that impulse to go seek it out in an entertainment setting, but that’s what we’re going for. 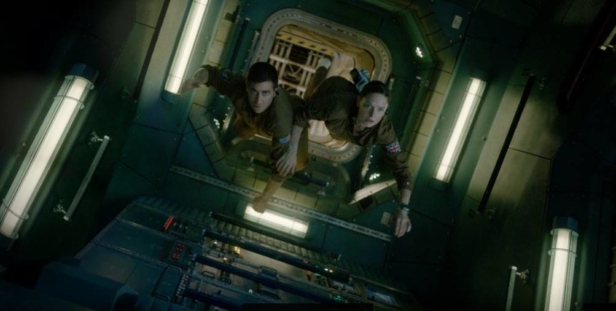 Inevitably there will be Alien comparisons. Were you conscious of trying to keep away from it?

P: I mean, our goal is always fresh and original and we love the idea of grounding this so it could happen today or tomorrow. A lot of people have and will draw comparisons to Alien but god bless it, let’s hope we can be as great as Alien, you know!

We want to tap into the reality of space and bring the horrors, and this movie draws similarities to Zombieland in a way, in that it’s a dysfunctional family up in space. You have six people that are drawn together for simple circumstances of their job and their duty to their country and to the world, and how do they react when adversity hits them? How do they interact with one another?

Life has a great cast, and actors you wouldn’t necessarily expect to see in a horror film.

We really lucked into it and I think it was by virtue of the script and the director and the studio, and we came in with some credibility and we convinced some really top folks to do it. I think that speaks to our team.

Horror fans are going to be treated to a true A-list experience. Top of the line visual effects, an amazing weightless environment, and actors that they’re used to loving in great big huge action movies and dramas. I think the whole experience will feel like an apple among oranges in horror movies. 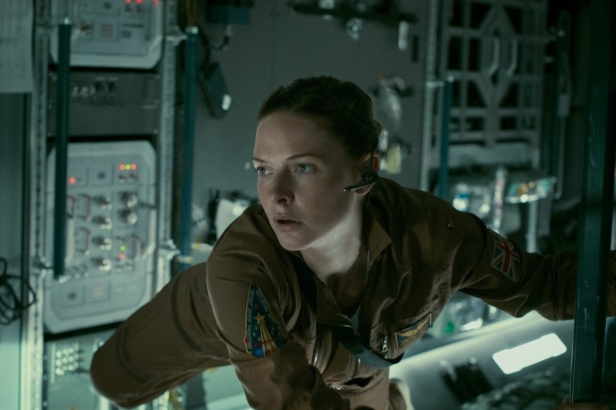 It does feel like we don’t see enough sci-fi horror.

P: Hopefully this will open the door for a lot more of original sci-fi in its hopeful success.

R: There have been movies that have had scary things in them like Solaris or Sunshine. Even Gravity has horror like elements, there’s just some really scary stuff in Gravity. I mean, there are some movies that have kind of failed along the way, Alien knock-offs like Leviathan that weren’t so hot, but I think horror generally thrives in a very low-budget area and sci-fi is not low-budget. It’s a lot of things but it tends to be pretty high-budget so we just haven’t seen many of these movies.

P: And yet our movie looks like a $150 million movie but it’s not, they made this movie at a price and it was a very contained set. We built two full sections of the space station on set at Shepperton, and we were able to bounce back and forth between those two, so it was a very contained environment, but Skydance and all the visual effects guys have really come together and really created a world. It’s not Passengers in that it didn’t cost $200 million to make. It may look like it did, but it didn’t, so that’s another benefit that this movie has in going.

This is another collaboration between you and Ryan Reynolds, and you’ve got Deadpool 2 coming up. What makes him so great to work with?

R: Well, a lot of people have their muses, their romantic partner, and Ryan Reynolds is our muse now. He’s the voice in our heads as we sit down at the keyboard.

P: He’s also our dream romantic partner, so it all works.

R: He doesn’t know that yet but we’re plotting! No, the whole task in Hollywood is to find people to work with who are kind and good  and easy to work with but also who elevate whatever you bring to them. You want someone to take what you have and make it even better, to bring out the best in you, and Ryan is just the poster child for that.

He takes everything he touches and makes it better by his performance, by the questions he asks, by the ad-libs he brings on the day. Various things that he does will make you look better and we’re always thrilled to work with people of that nature. You’re on a genius hunt as you’re looking for collaborators and Ryan Reynolds is one of the very few geniuses that we’ve ever met.

Life is in cinemas now. Read our review here and keep up with the latest genre news with the new issue of SciFiNow.