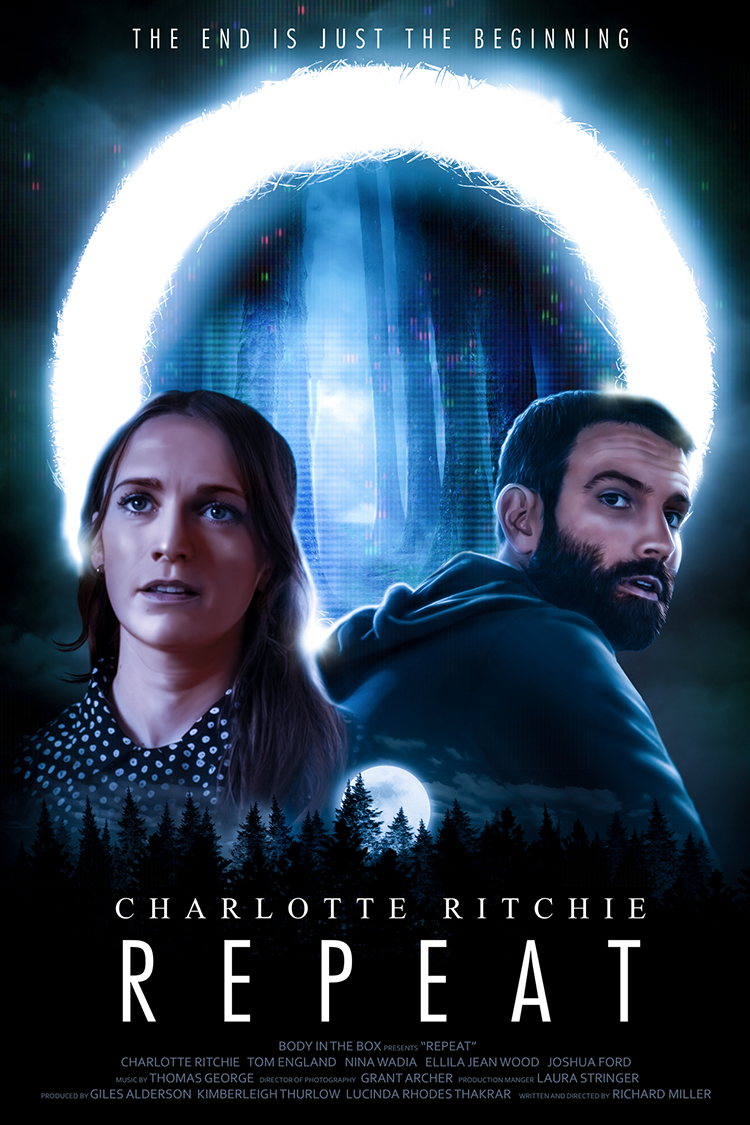 University lecturer Ryan Moore (Tom England) is a professor of cognitive science in sci-fi drama Repeat. After making a breakthrough into what appears to be a telepathy machine, he believes he has found a way for people to contact and speak with their dead relatives for three minutes at a time.

Reluctant to bring his invention ‘in-house’ under the purview of university oversight, Ryan begins to tour his technology in lecture halls like a high-tech clairvoyant. The result are vaudevillian exhibitions, complete with glowing coils and terrifying noises, which feel reminiscent of the Tesla-esque stage shows we saw in Christopher Nolan’s The Prestige.

As Ryan starts conducting private sci-fi seances to help further his research, we realise that those he is contacting are responding with strange questions, seemingly clueless as to the fact that they are dead, leaving Ryan to question what he has created and who he is actually talking to.

Repeat plays as a melancholic sci-fi ghost story as we soon realise that Ryan has other motivations for blindly spearheading developments of his new technology – to connect with his lost child, Sam. As the film progresses, we watch Ryan slowly spiraling out of control, emotionally detaching himself from the here and now and losing himself in the allure of the afterlife. All the while his wife Emily, played with a tonally perfect performance by Charlotte Ritchie, anchors the emotional upset, as they must come to terms with their heart-breaking tragedy.

With characters shouldering such heavy motivations, the film can feel somewhat of a demoralising trudge. Suffering at the inclusion of a few too many sub-plots and emotional pressures, the gravity of each one starts to distract from what you want to be the key narrative concept. At times leading you to think that you might be watching a bizarre spinoff from ITV’s Broadchurch.

But this misdirection and muddying of form works well to draw you into the story, filling the pit of your stomach with a tangled knot of uncomfortable and inevitable dread. Director Richard Miller has paced the story well, slowly building pressure until it culminates with an emotionally wrought twist, delivering an intelligent and weighty punch that will leave you reeling and questioning.

Repeat has echoes of 2004’s Primer, where characters are seduced by technological solutions with little understanding of the true consequences to their actions. It’s a smart, suspenseful sci-fi that manages to keep the audience guessing as to how the story will end. However, as Ryan proudly announces to his captivated audiences: “The end is just the beginning.”

Repeat was seen and reviewed at the Sci-Fi-London film festival. It will be released on digital on 15 November from Trinity Creative.