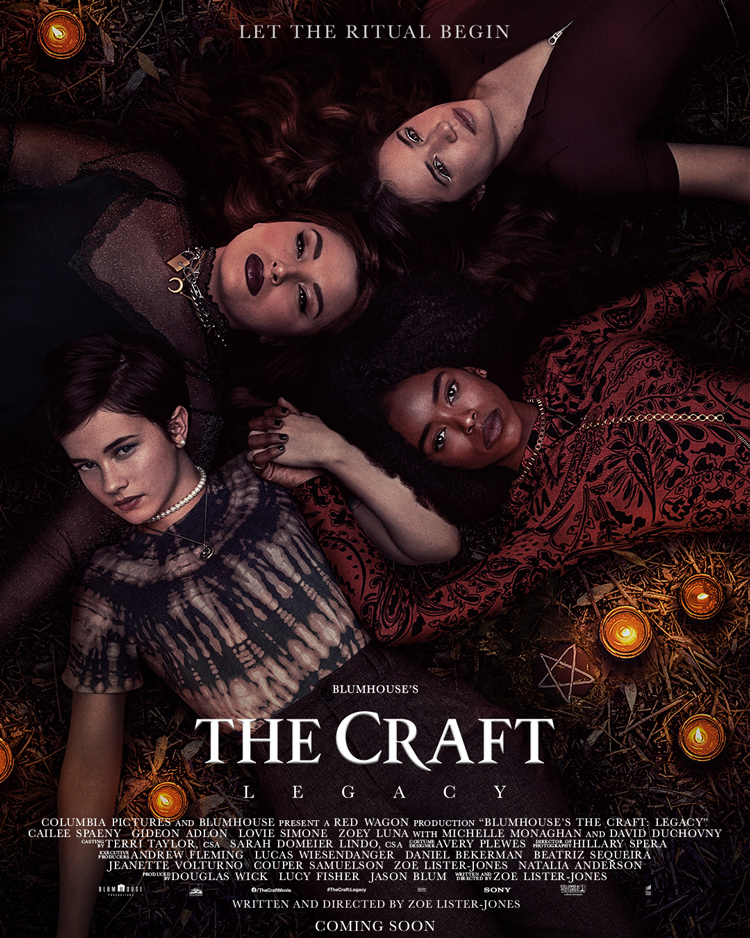 When The Craft was released 25 years ago, it didn’t garner a huge amount of critical or financial success. However, due to a loyal fan base, it became a cult classic serving up a bucketload of Nineties nostalgia with a decent blend of teen drama, supernatural horror and a killer soundtrack to boot. In fact, not only has the movie stood the test of time but it is now regarded as a progressive story that women could relate to.

In its follow-up, The Craft: Legacy, we’re introduced to Lily (Cailee Spaeny) and her mum, Helen (Michelle Monaghan) belting out some Alanis Morissette (an immediate re-hit on that nostalgia button) on a road trip to their new home. There we meet Helen’s new and somewhat mysterious husband, Adam (David Duchovny) and his three sons.

The mysteries don’t stop there either. After a disastrous first day at school leads to her meeting a trio of firm friends who also happen to practice witchcraft in their spare time, she soon discovers that she’s the missing piece to their coven, and with that final element now in place, the four of them are able to wield powers.

However, rather than give any real build-up or context as to what level of understanding they have of witchcraft, we’re fast-tracked with a spell-casting montage (freezing time and… doing their makeup). After what feels like a matter of days, they’re delving into the dark arts with dangerous and manipulative spells which soon have dire consequences…

Spaeny certainly has enough innocent likeability in the leading role and is given ample room to flourish. Unfortunately, this creates a problem for the three other witches, who remain unexplored and forgettable. This all means the ‘sisterhood’ element of the story (which was an integral part of the original film) ends up lacking any kind of believability and their bond feels paper-thin (probably because they seem to have known each other for all of five minutes).

The combination of this and the only obvious threat throughout the entire film revealing itself at the very closing stages, leaves the story feeling flat and a bit empty. One saving grace occurs just before the credits roll, though, potentially lining up the next entry which could push the narrative in a more familiar direction.

It’s hard to know exactly why it took 25 years for this sequel to be made but The Craft: Legacy doesn’t hold up under the weight of the cult classic’s presence and even the most dedicated of fans will struggle to find any tangible magic here.

The Craft: Legacy is out 8 March from Sony Pictures