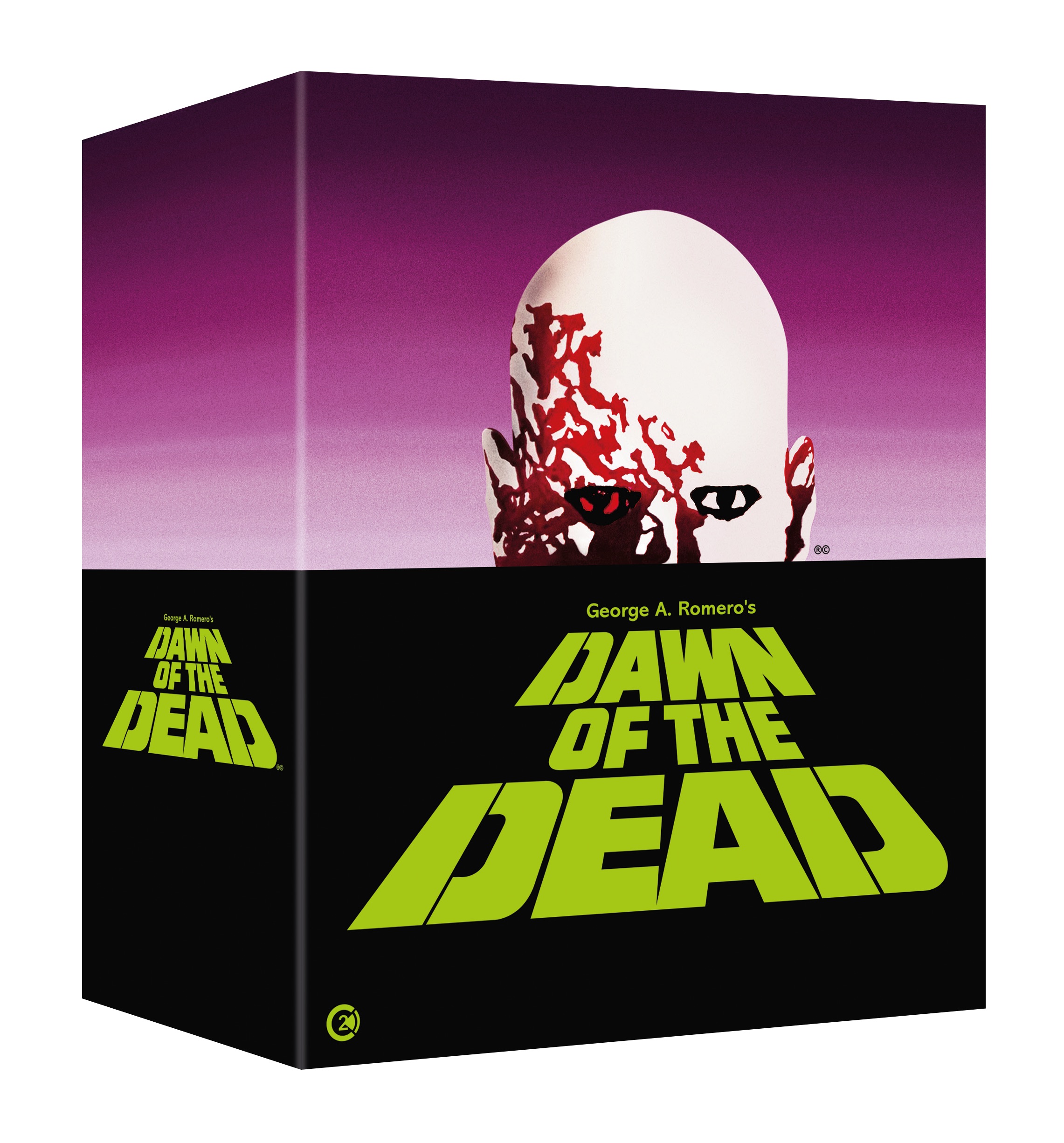 Zack Snyder's terrifying remake gives us fast zombies and a whole new set of reasons to not hold up in a mall during an undead apocalypse.

Much like the undead and their never-ending appetite for flesh, current audiences really can’t seem to get enough of the zombie genre. Be it from the comicbook-inspired long-running series The Walking Dead, the ever-growing Resident Evil franchise, a good old zom-rom-com like Shaun Of The Dead or Warm Bodies, to the more recent successes of K-zom series Train To Busan, there’s something there for everyone and seemingly no signs of its appeal fading anytime soon. All the aforementioned titles (and too many others to name) were all inspired, if not directly influenced by George A Romero’s Dead series, especially its arguably most iconic addition to that franchise: Dawn Of The Dead.

Ten years before Dawn, George A. Romero wrote and directed his first feature Night Of The Living Dead. Told over one harrowing night after the dead start coming back to life with an intense need for human flesh, it was a low budget production with a concept loosely based on Richard Matheson’s novel I Am Legend. Following its release, it slowly grew in stature and would go on to become a massive hit both financially and culturally. He continued to direct a number of other films, but they failed to hit anywhere near the same levels of success. During this time, Romero had a meeting with frequent collaborator Richard Rubenstein at a mall in Pittsburgh, Pennsylvania. It was there that the idea was conceived that it could potentially be an ideal location to survive a zombie apocalypse.

Following discussions with Italian producer, Dario Argento, about returning to the zombie genre with a Night Of sequel, Romero had his concept and was subsequently invited to Rome to pen the script. Although his vision was much bigger than anything he’d worked on prior, the studio showed enough faith to give him the green light. Filming would take just three months and, following a number of re-cuts and re-edits, the movie secured a distributor and was released worldwide.

What was delivered is a sequel that not only pushed the envelope creatively, but masterfully combined an inventive and joyful style of filmmaking that expresses Romero’s societal commentary; something that was very much at the core of the first film and remains, but on a much larger scale. Even now, and somewhat alarmingly, the themes he touches upon are very much relevant to this day.

Set not long after the events of Night Of, America is trying to control being overrun by masses of the undead and are seemingly losing despite all their best efforts. We’re introduced to our four protagonists – first in Francine (Gaylen Ross) and Stephen (David Emge), who work in a news television station and (conveniently) have access to a helicopter. They’re joined by Peter (Ken Foree) and Roger (Scott H. Reiniger), members of a SWAT team who have witnessed first-hand the devastating effects of the outbreak. After they all meet up and successfully escape the city, they land themselves at a shopping mall which is completely swarming with rotting consumers (see what we did there?), but decide to make a go of clearing out the location and making it a home of their own.

Watching the four main character arcs unfold in Dawn is one of its undeniably greatest strengths. Romero’s flexibility in allowing his cast to have the creative freedom to approach the roles based on their own perceptions was a masterstroke (even the zombie actors were given full licence to make their undead personas their own). Ken Foree is the inevitable standout of the bunch; whilst on the surface, he’s relatively cool, calm and collected, underneath it all the emotional weight all of the death and devastation is very much taking its toll on him… Also giving him one of the most iconic lines in cinematic history is never going to do you any harm: ‘When there’s no more room in hell, the dead will walk the earth.’

Thematically there’s a fair amount thrown in here, offering up horror, satire and suspense, whilst finding the room to add personal and understated touches in its subtler moments. Romero was quite frank about his directional approach to proceedings, which were essentially throwing all levels of shit at the wall, and whatever stuck past the cutting room made it into the film. It’s an admirable approach but equally creates a slight problem when certain parts feel overly hokey and corny… which one could argue is exactly what Romero wanted; it perhaps just doesn’t play as well 42 years later.

Another element that time has not been so kind to is Tom Savini’s prosthetic makeup/special effects work (Romero once highlighted that one of his deepest regrets is that the type of fake blood they used ended up looking more like melted red crayons!). Despite this very minor gripe, it’s still a blast in terms what they got to do creatively, particularly the exploding head scene which has no doubt been burned into many of its viewers’ minds!

Dawn Of The Dead holds up as a genre-defining classic; providing iconic horror imagery and an intricately paced storyline (that maybe doesn’t get as much credit as it merits), all tied together neatly by its group of survivors’ performances. This re-release in 4K is a great opportunity for anyone to not only dive back into this world, but to check out all the alternative cuts and a long list of bonus extras. However, if this is your first viewing, then here’s your chance to find out exactly why Romero will forever be known as the ‘Godfather Of The Dead’.