All ten episodes of Star Trek: Picard Season One will soon be available to own and to celebrate we have a bundle of goodies to give away that is worthy of an approval nod from Jean-Luc himself with our latest competition!

Star Trek: Picard sees the continuing adventures of Jean-Luc Picard (Patrick Stewart) as he decides to come out of well-deserved retirement to solve a mystery that is very close to home…

Not only has Star Trek: Picard been renewed for a second season, but Season One will soon be available to take home from Paramount Home Entertainment. This collection includes all ten episodes from the debut season, plus a Star Trek: Short Treks titled ‘Children of Mars’ and a whole host of amazing additional content. 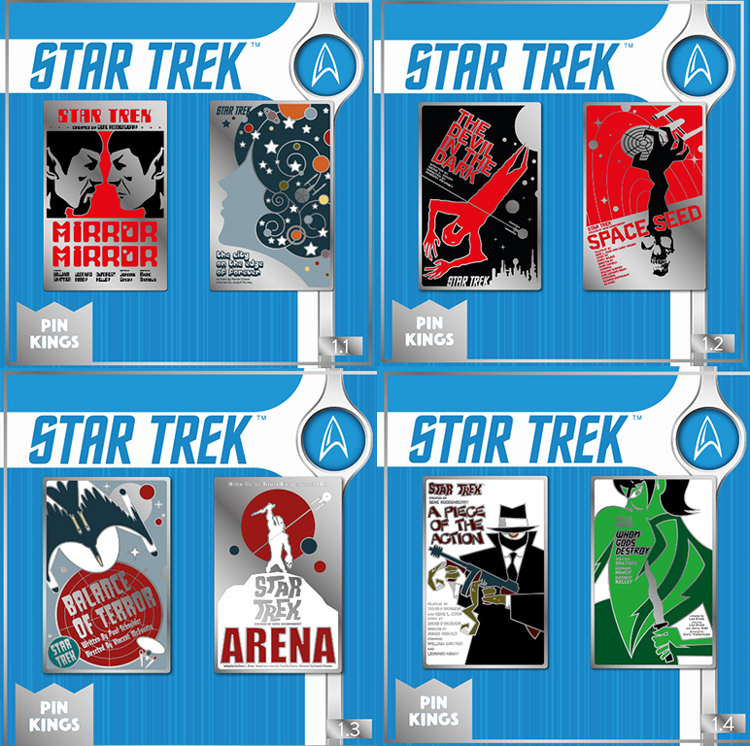 We have three amazing bundles of Star Trek goodies to give away in our latest competition, with the winner receiving Picard Season One on Blu-ray plus two Star Trek pin packs (a Devil in the Dark/Space Seed episode pin pack and a Mirror Mirror/City on Edge episode pin pack pictured above), a Picard mug, and large Picard poster.

Our two runner-ups will receive: Picard Season One on DVD plus one Star Trek pin pack (either Piece of Action/Whom Gods Destroy or Balance of Terror/Arena episode pin pack), a Picard mug, and a large Picard poster.

Want to be in with the chance to win these amazing prizes? Simple answer the question below (this competition closes on 4 February). Engage!

Picard Season One will be available on Blu-ray, DVD, Steelbook and to Download & Keep on 25 January 2021.