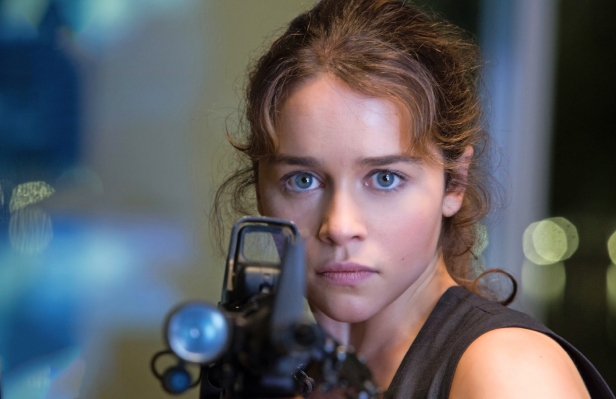 Are you looking for a damsel in distress? If so, then you’ve come to the wrong place. Because we’re tired of the boring cliché women who constantly need saving from their male counterparts. We’re looking for women who when the going gets tough they kick some serious booty.

One of the toughest women in the world of Sci-Fi is Terminator’s own Sarah Connor. In the upcoming film Terminator: Genisys we will see a young Sarah Connor, in a newly altered timeline, who is already trained for her destiny against the cyborgs. To honour the release of Terminator: Genisys we’ve decided to put together a list of the most kick ass women in sci-fi. These ladies have saved the day plenty of times on their own… 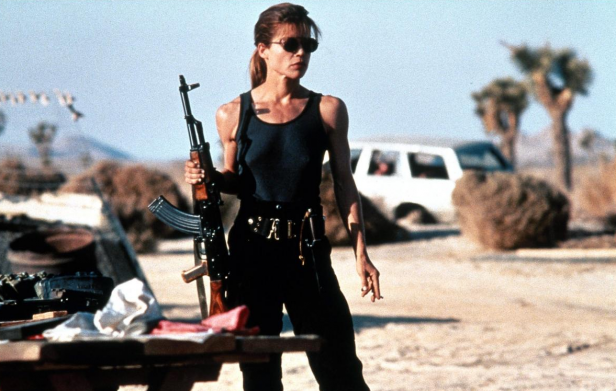 Sarah Connor started off in the Terminator franchise as a frightened young woman who was fleeing from a cyborg who was hell bent on killing her to prevent the birth of her future son, John Connor. Though she may have started out as a ‘damsel in distress’, Sarah quickly taught herself the necessary skills needed to protect herself and her future son from the cyborgs. These skills included learning self-defence and a whole lot of gun-toting. In Terminator: Genisys we will see a new past-version of Sarah Connor who already learned to become a hardened warrior capable of protecting herself. 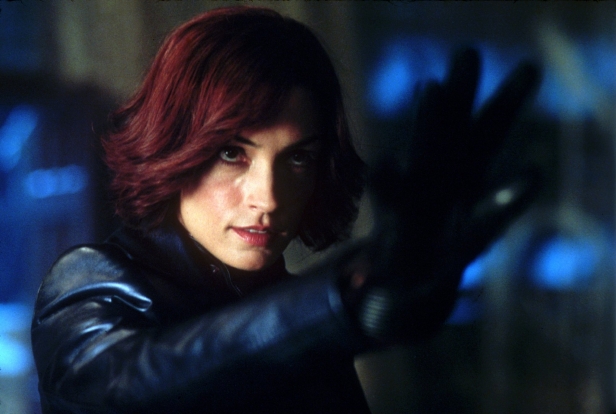 As one of the founding members of the X-Men Jean Grey has had the biggest evolution of any member. Born with the powers of telekinesis and telepathy, the ability to move objects with her mind and read people’s thoughts, Jean was always a bit apprehensive when it came to her powers. Until a fateful day when she saved her friends from a fatal space shuttle landing back to Earth that left her completely transformed into Phoenix – the full-embodiment of her powers with limitless potential. With her extraordinary powers Jean has saved her friends time and time again. Even when she became one of the biggest threats to the universe, as the Dark Phoenix, Jean has always prevailed and put her friend’s safety first and foremost. Now confident with her powers, Jean Grey has become one of the most powerful mutants in the universe. 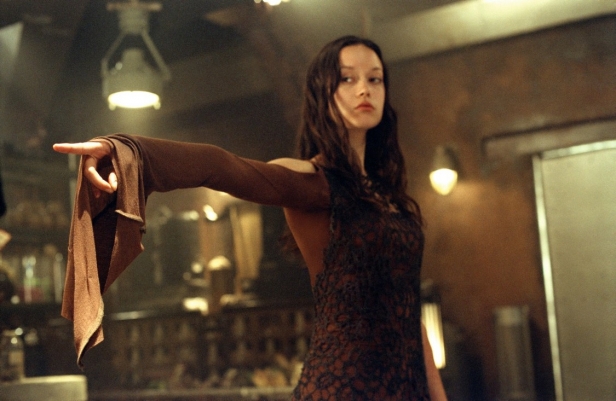 River was a born prodigy. At a very young age she was considered to be extremely intellectual and highly intuitive. By the time she was 14 her ‘gifts’ had garnered the attention of the government and she was sent to The Academy, a private school meant to nurture young talent. In truth, The Academy was a secret experimental facility that the government was using to create assassins. River sent a letter to her brother, Simon, with an encoded message revealing the truth and with his help was able to escape The Academy. With her highly intuitive mind, emerging psychic abilities, and training as an assassin River is a force to be reckoned with. 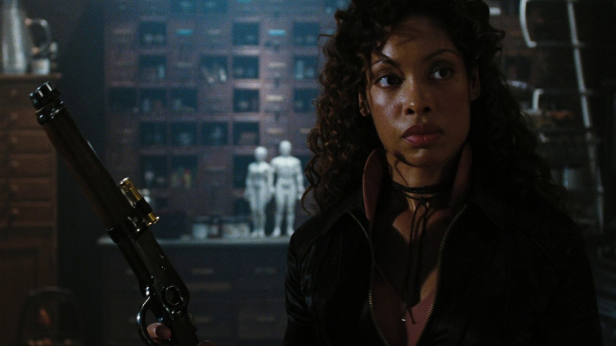 Zoe is a trained soldier who fought in the Unification War against the corrupted Alliance. She is a highly-skilled combatant whose is able to remain calm even in the direst of circumstances. She lends her help to River and Simon as they are pursued by The Alliance. Once again forced to fight against The Alliance, Zoe adamantly fights ‘the good fight’ in order to show the universe the wrong doings of The Alliance. 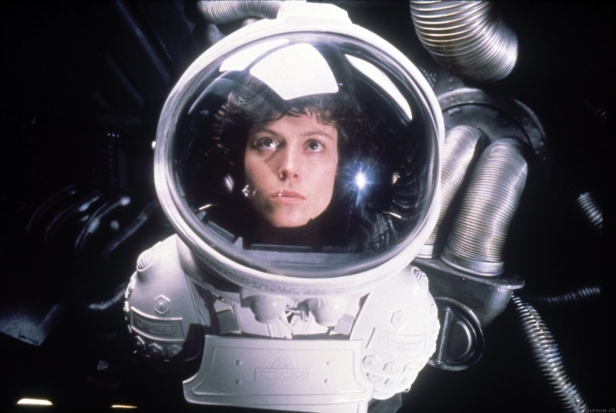 Ripley is a warrant officer on the spaceship Nostromo who was able to determine that a distress signal was actually a warning. But realizing too late her spaceship soon becomes a deadly prison for herself and her teammates as they are slowly killed off by an aggressive alien predator. Ultimately, Ripley is the only survivor and fights off the alien and finally expels it into outer space. This would not be the last time Ripley would face off against the alien predators but each time she has bravely confronted them and even taken her own life when she realized that she was carrying the alien queen embryo within herself. 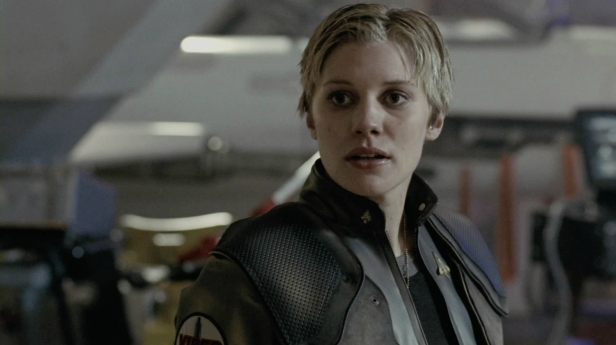 The only thing that Kara enjoys more than gambling, drinking, and sex, is flying. After an unfortunate knee injury ruined her hopes of playing sports professionally Kara learned that she had a natural talent for flying. Ultimately, Kara became Galactica’s top flight pilot. Her tough exterior matches her distaste for rules and regulations and her temper has often hindered her advancement in the military. But no one can argue with her ability to fly and to stand by those she cares about the most. 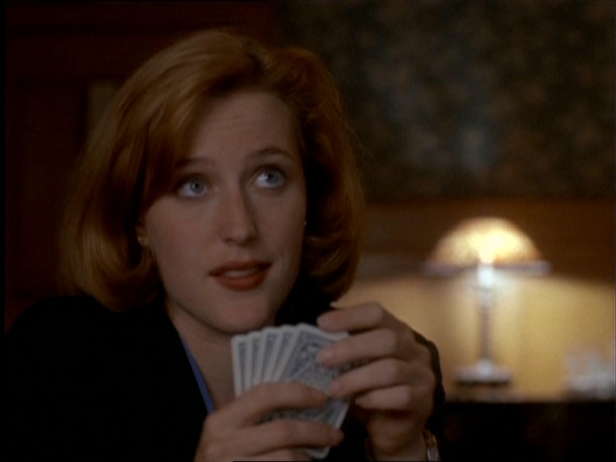 While attending medical school at Stanford University Scully was recruited by the FBI. After working with the bureau for two years she was partnered with Fox Mulder and assigned to work on the government’s unsolved cases – the X-Files. Not only is Scully a trained FBI Special Agent but she also serves as a forensic pathologist often consulting or performing autopsies. Scully’s sceptic nature, scientific knowledge, and experience with the X-Files have made her an indispensable member of the FBI. 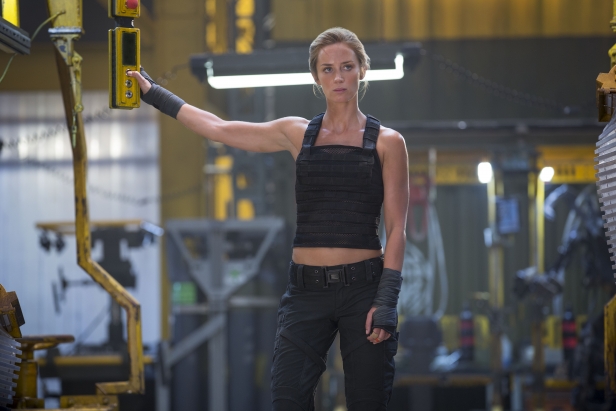 Sergeant Rita Vrataski is fighting a war against an alien race called Mimics who have invaded Earth. From her introduction she is already a well-trained fighter and highly respected by her male teammates. After realizing that William Cage had absorbed the Mimic’s power to reset the day upon death she trains him to become an effective soldier. Together, Rita leads William and a squad of soldier to finally destroy the Omega – the hive mind of the Mimics.

Terminator: Genisys hits UK cinemas on 2 July. Get an exclusive behind-the-scenes look at the film with the latest issue of SciFiNow.