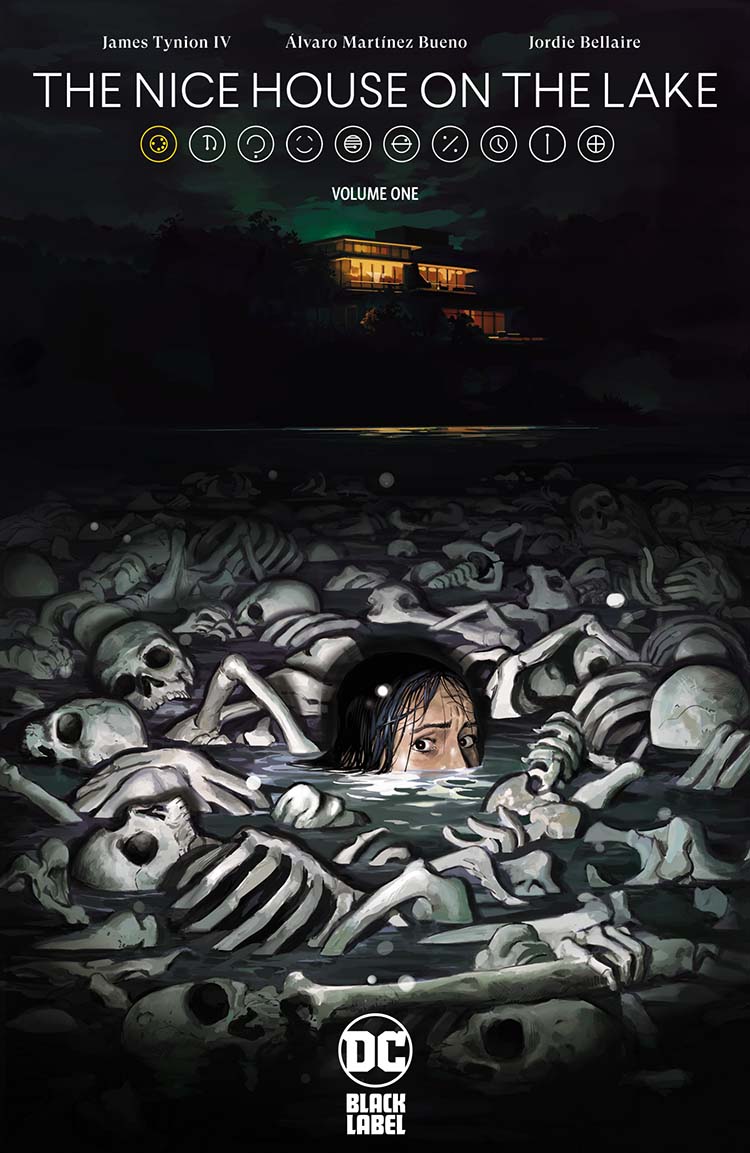 We’re pretty sure everyone’s got a slightly odd-ball friend like Walter. The one that interconnects a whole group of people. Some met him in school, others down the pub and now after a long absence, he’s looking to get all his friends together again, inviting them to a very nice house, on a very nice lake. The invites are slightly weird and enigmatic… but then again so is Walter, giving everyone code names and not saying much about anything.

Dripping in opulence in an idyllic Wisconsin holiday home, the gang soon lose touch with reality, but something is very wrong, both inside and outside the house. And when the guests realise they can’t leave, Walter’s silly game becomes a lot more serious and a lot less fun.

Collecting the first six issues of James Tynion IV’s 12 part mini-series, The Nice House on the Lake Vol 1. sees the acclaimed horror writer teaming up once again with Detective Comics artist Álvaro Martínez Bueno to deliver a creepy new story punctuated with cliffhangers and moments of genuine WTF. After the success of Something Is Killing the Children, Tynion IV is cementing himself as a unique voice in horror.

The Nice House on the Lake makes masterful use of the comic book structure, taking time to introduce each character of the large ensemble cast and making sure to end each chapter with a head-swiveling, jaw-dropping reveal that stops you from ever putting the book down. Bueno’s art is a beautiful match for the story, suggestive and alluring in its horrific depictions.

This collection showcases a fascinating new off-kilter world for Tynion and his characters to play in, we just hope that with this many twists and turns, the payoff when we finally get it will be able to close out the number of questions raised.

The Nice House on the Lake Vol 1. is out now from DC Black Label. Read more SciFiNow book reviews here.

The Constant Rabbit review: Some bunny I used to know

House Of El: Book One, The Shadow Threat Review

The Final Girl Support Group: A homage to the slasher franchise
< Previous
Next >

The Constant Rabbit review: Some bunny I used to know

House Of El: Book One, The Shadow Threat Review

The Final Girl Support Group: A homage to the slasher franchise