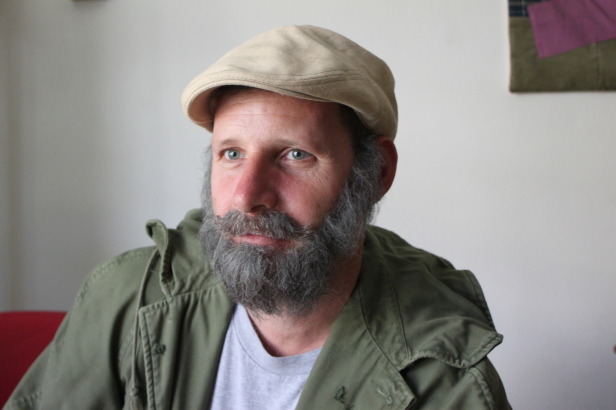 Hardly anything gives my heart more joy than the sight of zombies eating people. I can’t seem to get enough of it. My love of the horror genre, and the zombie genre in particular, has always been a dirty little secret of mine, for almost as long as I can remember. And yet, I’ve always been of two minds about the genre. On the one hand, I recognize its frequent artistic shortcomings and follies. There’s much to criticize – laughable characters, clunky dialogue, rigid story structures, embarrassing sexism. The list goes on.

And yet, the horror genre addresses something within me that is critic-proof. It addresses primal fears. A good horror story is, for me, a very deep and highly emotional experience. It’s like strenuous exercise, which I find torturous. And yet, mysteriously, I keep coming back. Perhaps I’m a masochist – that too – but there is something else. It feels absolutely glorious when it’s over and the agony stops. After the suffering, it’s as if I’ve somehow relieved an existential burden. I feel giddy, I feel reborn. And this is what a good horror story does to me. Horror, for all its flaws, helps me confront my daily fears – bills, deadlines, what have you – by making me look at deeper fears. A good (or bad) horror story will take me on an emotional rollercoaster ride and leave me shaking, exhausted and feeling wonderfully alive by the end.

And this is why zombie movies are my absolute favourite film genre. In any other film genre, you see, I tend to value quality. I like almost any kind of movie, from crime thrillers to Bollywood musicals to sci-fi-superhero extravaganzas – but I want them to be good. It’s not too much to ask for, is it? I like a movie that has clever dialogue, a solid story and believable characters. But in a zombie movie, I couldn’t care less. Sure, it’s generally preferable if a zombie movie is of decent quality and transcends the genre. George Romero’s wonderful political satire Land of the Dead (2005) comes to mind, or Juan Carlos Fresnadillo’s disturbing character study 28 Weeks Later (2007). But when it comes to zombies, I’m not a connoisseur, I’m a glutton, I’ll devour anything. In fact, the worse it is, the more I’m liable to enjoy it. Give me the trashiest Italian zombie flick from the Seventies, and I’ll have a rollicking good time. For me, it’s truly the only genre where quality doesn’t matter, which is why I can say it’s my favourite genre of all – each and every one of its trashy gems has a place in my heart.

Even at a young age, I was haunted by fears of death. Zombie movies provided a release. At the time, I was much too young to be admitted into theatres where such films were shown. Movies like Lucio Fulci’s glorious City of the Living Dead (1980) were absolutely verboten for me, which made them all the more alluring. There was a time when, after school, I would stop by my local movie theatre almost every day just to look at the lobby cards. I went out and bought a book about zombie movies, and found myself absolutely terrified by the pictures and synopsis of Umberto Lenzi’s Nightmare City (1980), with the “great” Mexican B-film actor Hugo Stiglitz (Quentin Tarantino paid homage to him by naming a character in Inglorious Basterds after him). Apparently, in Nightmare City, a plane full of zombies – the passengers were turned by radiation – descends upon a large city. The thought gave me nightmares, literally. Along with Jorge Grau’s The Living Dead at Manchester Morgue (1974), it remains one only two zombie films that I’ve never quite worked up the courage to see. There’s many more that I haven’t seen, of course, but usually due to time constraints, not because I’m afraid of the movie. You see, I’m not sure what scares me more – the movie itself or the thought that it might not be as scary as I once imagined.

My first exposure to George Romero’s classic Dawn of the Dead (1978) was its soundtrack, by Goblin, which I found in the music section of my local department store. My mother wisely forbade me to buy it. I went there for weeks, just to look at the gory pictures on the record sleeve, until, one day, some lucky soul must have purchased the record. I was oddly relieved. I remember thinking: “You couldn’t pay me to watch a movie like this! I’d never, not even for a million!” Little did I know that in just a few years, I’d be the one paying the filmmakers for the privilege of being scared, and not, as I had hoped, the other way around.

Since then, zombie films have always been a part of my life, even though for years I didn’t talk about it much. I was too embarrassed. This changed after I moved to Los Angeles in the early Nineties. I started to embrace my inner zombie fan. A local second-run movie theatre, the Vine Theatre, a favorite hangout for homeless people and junkies, hosted an all-night Italian zombie marathon. Equipped with a bottle of Jameson’s whiskey and a sleeping bag, I spent a glorious night in that old, gloomy movie palace on Hollywood Boulevard, long before the age of gentrification. Years later, Danny Boyle’s 28 Days Later (2002) came out, and zombies went mainstream, much to my delight. My secret shame was becoming socially acceptable. In 2007 I discovered a fantastic zombie-themed comic book called The Walking Dead. You’ve heard of it, I’m sure. Now, I live in paradise. I can turn on my computer and watch zombies eating people all day long.

But why do they scare me so much? For one thing, the idea of being devoured alive has always frightened me more than anything. My favorite story of The Odyssey was the one where Ulysses and his men are trapped by a giant who eats one man a day, reaching into the cage and plucking out the unlucky soul, devouring him alive, while his screams echo through the cave. As a child, I discovered that although zombie movies were off-limits, zombie audio plays were not. I saved up my pocket money to buy a Walkman and cassettes and listened to zombie stories that scared me even more than movies, perhaps because my mind supplied the most deliciously disturbing images. Many years later, I was an adult and going through a divorce, I started dreaming of zombies again. Zombies had morphed from a primal fear of a shambling, living death – the destruction of all life – into a fear of lost love and past mistakes that threatened to devour me. It took me years to recover, and I’m happy to say that zombie films were an integral part of my therapy.

This past year, I found myself in the insanely privileged position of writing my own horror stories, for the first time in my life. The publisher, Bastei, was rebooting its old pulp series John Sinclair – Demon Hunter for the modern era. John Sinclair is a Scotland Yard inspector, modeled after Roger Moore, who fights all kinds of supernatural baddies. The resulting eBooks and audio plays allow me to indulge my fear of zombies at length, as well as delve into the mysteries of monsters and demons of all sorts. Episode 1, “Curse of the Undead”, is (hopefully) all that the title implies. Episode 2, “The Lord of Death” deals with mortality in a very different way – an Aztec death cult. I’m very grateful for the experience, and I’m currently working on the next season, which will feature, among other things, gourmet ghouls eating corpses and savoring the sweet scent of decay, the “Blood Countess” Elizabeth Báthory slicing throats and bathing in human blood, as well as an ancient Chinese demon living in the sewers underneath London. To me, all this feels wonderfully cathartic.

Zombie films kept me sane. Childhood educators may argue that horror is harmful to young children, but I found the opposite to be true. One day, I hope to have children of my own, and I’ll make sure to scare the living daylights out of them.

The John Sinclair eBook series is out now, price £1.49 per eBook. The second episode The Lord of Death is published as an audiobook 12th June, price £4.99. You can download a free copy of The Lord Of Death here.