COULD A LOST DINOSAUR CIVILIZATION EVER HAVE EXISTED?

It’s a bit of a silly idea, I know. And obviously the answer, before I’ve even started waffling, is very, very probably not. But why not? And how would we ever really know for sure?

In my 147th century space opera series The Amaranthine Spectrum (getting the shameless plug out of the way here early, sorry) it’s revealed that a subspecies of dinosaur – known in their own tongue as the Epir – were intelligent enough to subjugate their world during the late Cretaceous and form an industrial, spacefaring society, of which no trace was left after the K/T extinction event. Their secret, lost for tens of millions of years during the rise of the mammals and the eventual blossoming of humankind, is only revealed by the discovery of a single Epir ship, found crushed and frozen in the rocks of Saturn’s rings.

I wrote all this with a pretty straight face at the time, thinking ‘why the hell not? You never know!’ – stopping only to consider the loopholes and worldbuilding necessary to pull it off. But how likely, in reality, could this have been? Could any single species of dinosaur have developed human-level intelligence? And could they have exploited it in the way we did – forging a culture, educating their young with handed-down knowledge and dominating the planet within a few thousand generations?

Well, they certainly had plenty of time in which to do it – around one hundred and seventy million years. We anatomically modern Homo Sapiens have only been knocking around for two hundred thousand years or so, and when you consider that the entire dinosaur family line (over a thousand species discovered so far – and that’s only the ones we know about, fossilization being such a delicate, capricious process) thrived for over eight hundred times as long, shouldn’t we have seen some evidence of increasing complexity in the fossil record? Well, we have, in some instances – I’ll get to that later – but the answers aren’t that simple. Many dinosaur species were so highly and specially evolved to exploit their environments (the product of such a lengthy development) that they simply didn’t require any greater ingenuity to survive. Intelligence is not a pinnacle, after all, but a freak and often undesirably energy-inefficient coping mechanism forced into being by inopportune changes, such as – it is argued – humanity’s swift move from forest to savannah, brought about by desertification in Africa two million years ago.

There’s plenty of evidence from skull casts, however, to show that dinosaurs en masse weren’t the brainless, sluggish, dim creatures the Victorians thought them to be. Their eyes and ears and sense of smell were often ludicrously well developed when compared with our own, and fossilized nesting sites have shown them to be caring, social, maternal creatures. Through the magic of something known as EQ, the brain to body ratio, it is possible to use these casts of intact dinosaur brain cases to take an educated guess at their overall mental agility. In Steve Brusatte’s excellent The Rise And Fall Of The Dinosaurs, he states:

‘We can say that (T) Rex was roughly as smart as a chimp and more intelligent than dogs and cats. That’s a whole lot smarter than the dinosaurs of stereotype.’

A chimpanzee! Of course they might have used that brainpower differently, and nobody’s accusing the Tyrannosaurus Rex of making tools with those tiny arms, but there is now some evidence that they hunted in packs, and that takes social skills, rudimentary communication, even empathy. And far brighter creatures such as the Troodon, – a wiry, omnivorous theropod about the size of a man – were known to exist, its EQ being six times greater than most other dinosaurs. Scientists as prominent as the late Carl Sagan have speculated that the Troodon might have had the potential to evolve human-like intelligence were it not for the mass extinction sixty-six million years ago, and paleontologist Dale Russell went on to imagine (in 1982 – proving my article isn’t exactly groundbreaking) their future language as sounding very much like birdsong. Whether they would have lost their tails and walked upright like a hominid is another question, but from analysing their trajectory in the fossil record, in which the gradual development of their brain size is quite clear, it isn’t so outlandish to suggest they might have evolved on a similar tangent to the primates from which we’re descended.

Species like the T-Rex and Troodon existed right at the end of the dinosaurs’ tenancy on earth, during its last few million years. But we need not necessarily focus our attentions there. The very earliest dinosaurs were similarly complex organisms – who is to say that the carnivorous Coelophysis from the Triassic (around two hundred million years ago, geological ages before the T-Rex was a twinkle in its smaller ancestor’s eye) didn’t develop sentience and a stable, twenty thousand year civilization before blasting off-world for the neighbouring stars? Or annihilate themselves with a global conflict? With such a grand, luxuriant window of time to do it, these activities would appear as a blip, a time-lapse flowering of sudden complexity and energy that wilted as fast as it appeared, the world returned to its original simplicity once more, entire epochs (indeed, the whole of the Jurassic and Cretaceous periods) remaining to expunge all trace of this freak occurrence.

I think it’s a safe bet to admit this is probably the biggest load of rubbish you’re going to read today, but it doesn’t make it any less interesting to imagine. And there are a few points you could make to argue that if such a civilization did exist – even for millions of years – there might not be a scrap of evidence left besides some unexplained radiation hiding in the geological layers. It has been speculated that if humankind disappeared from the face of the earth right now, it wouldn’t take all that long to erode all terrestrial evidence that we were ever here – Mount Rushmore’s faces, for instance, will fade away in about seven million years (cheers, Cracked.com), but that’s nothing on the timescales we’re talking about. Of course the remains of our plastic-centric civilization will continue to wash up on the shores of the world for rather longer (in the form of compacted plastiglomerates), and the debris of some of our orbiting satellites have the potential to stick around for a couple of billion years. But that’s only if we don’t clean them all up and replace them with a more elegant solution first.

In my books (one last mention, promise), the Epir empire – a hybrid species of Caudipteryx and Dromaeosaur, resembling a toothy, long-tailed turkey – built chiefly with a crimson fungal polymer in place of stone, no trace of which was left by the time their ancestors devolved to barbarism and the six-mile wide asteroid laid waste to the Earth. Of the worlds beyond (they’d managed to colonize almost three thousand planets and moons), nothing remained: a war between the greater galaxies scoured and sterilized them all, leaving only a wrapping of mysterious self-sustaining oxygen on each ex-Epir planet that matched Cretaceous levels on earth.

Anyway, it’s a long story. But maybe one day, many hundreds of millions of years hence, the descendants of hammerhead sharks or butterflies will be digging up little pieces of us, and wondering at how old the world must really be. 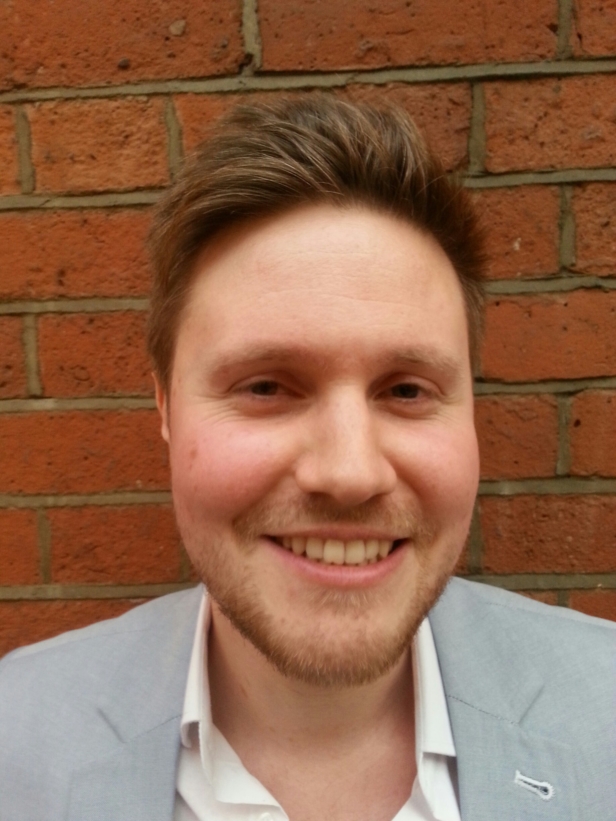 Tom Toner is author of The Tropic Of Eternity (Gollancz) which is out now.