Writing William Shakespeare’s The Force Doth Awaken was unlike writing the previous six books in the Shakespeare Star Wars series (the original trilogy and the prequel trilogy), because like everyone else I encountered The Force Awakens for the first time on December 17, 2015. No, I didn’t get any advance knowledge of the script and I had no prescreening of the movie—I bought my ticket like any other fan.

Unlike other fans, though, I was watching with an eye toward how Shakespeare—or at least my approximation of him—might tell the story. 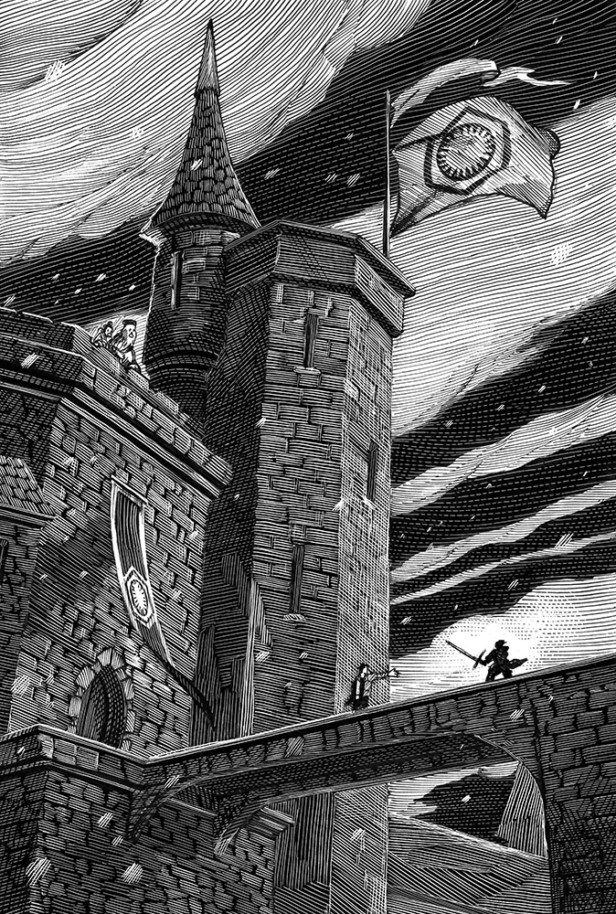 And then the writing began. As in my other books, I enjoyed playing with language and giving different characters unique patterns of speech. The Force Awakens introduced a new cast of heroes, and each of them has something unique to their lines: Rey’s longer soliloquies reference fan theories about her lineage, each line Finn speaks includes the letters of his stormtrooper name, BB-8’s lines can be deciphered using a skip code, and each of Poe Dameron’s lines includes a phrase from the poems of Edgar Allen Poe. (I couldn’t resist that Poe/Poe connection. If you’re keeping score at home, I literally referenced every single Poe poem in Poe Dameron’s lines.)

Those elements are related to characters in The Force Awakens, but other things I threw in was purely for fun. Part of the joy of not actually being Shakespeare is that I get to add stuff to my books that Shakespeare never would have. Ever since my first book, William Shakespeare’s Star Wars, I’ve sprinkled Easter eggs throughout my books to amuse myself and the observant reader who finds them. I won’t give everything away—you’ll have to go hunting if you want to find everything in William Shakespeare’s The Force Doth Awaken—but here are a dozen things to watch for: 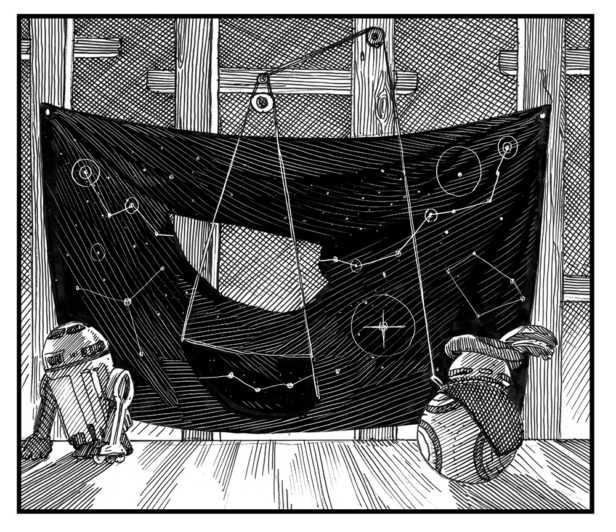 Happy hunting! If you have half as much fun reading William Shakespeare’s The Force Doth Awaken as I had writing it, my work here is complete. OUT NOW FROM QUIRK BOOKS.