The votes have finally been tallied and the SciFiNow team and contributors have spoken: here are our favourite films of 2018. It’s a selection that shows off the incredible range of cinematic treats we were given last year, from thought-provoking SF and gut-wrenching horror to joyful spectacle and massive cross-over events.

It was an incredibly close-run thing and even with 22 films there were plenty of note-worthy movies we had to leave out (Revenge, Suspiria, Possum, Ready Player One, Unsane, The Little Stranger and Ghost Stories were all just a point or two off making the list), but here are our choices… 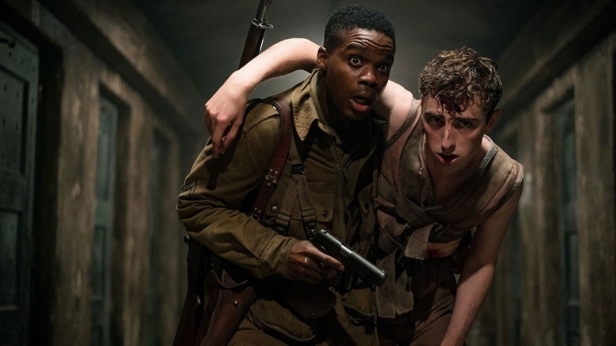 While it’s surely destined to find a cult audience once it hits Netflix, it’s a shame that Bad Robot’s WW2 horror didn’t succeed at the multiplexes because honestly: how often do we get movies like this? Overlord, in which a small team of American paratroopers uncover a gruesome Nazi experiment on the eve of D-Day, is intense, gory and fully committed to its premise, and Wyatt Russell finally went full MacReady. 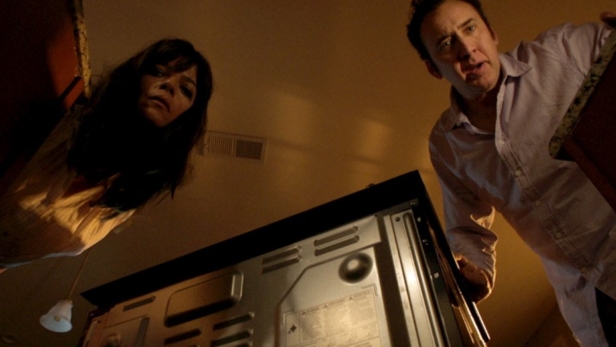 Speaking of being committed to its premise, Brian Taylor’s gonzo genre hybrid barely lets you take your seat before turning things up to 11. Nicolas Cage and Selma Blair are having the best time playing parents who fall victim to some kind of contagion that makes them want to murder their kids, and the Crank co-director has a huge amount of fun dancing along the tightrope of bad taste. A wonderfully twisted midnight movie.

We here in the UK had to wait for what seemed like forever for Boots Riley’s social satire and it absolutely delivered. Sorry To Bother You is a wonder of visual invention, the cast (led by the consistently brilliant Lakeith Stanfield as the morally compromising Cassius Green) is great, and Riley is not afraid to swing for the fences. There’s all the energy and fire of a debut feature coupled with a confidence and artistic skill that make this both assured and wildly unpredictable, not to mention relevant. 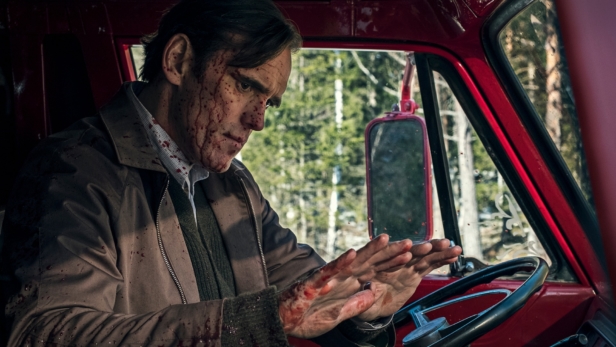 19. The House That Jack Built

Arthouse provocateur Lars Von Trier returned with a serial killer movie that prompted outrage and walk-outs at Cannes, which is generally a sign that something’s probably worth seeing. With a brilliant central turn from Matt Dillon as the titular murderer recounting his crimes to a Virgil (Bruno Ganz) who has no time for his bullshit, The House That Jack Built is a soul-bearing artistic self-examination, a self-aware commentary on how audiences view his work, or a mean-spirited misogynist ordeal depending on who you ask. If you’re a fan of Von Trier’s work then it’s unmissable. 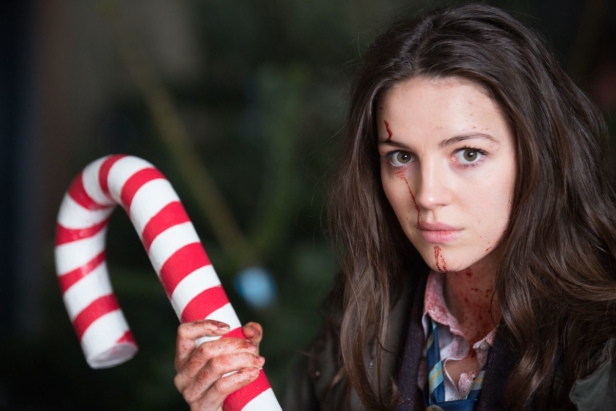 18. Anna And The Apocalypse

Anna And The Apocalypse is guaranteed to be a Christmas favourite once it hits streaming but as anyone who caught it at the cinema or its festival run will tell you, this was one of the highlights of the year. John McPhail’s zombie comedy high school musical boasted great songs, hugely likeable performances, well-orchestrated action sequences and a ton of heart. It’s got all the joy of a great song and dance movie with the creeping dread of a zombie classic, and you’ll never get ‘Soldier At War’ out of your head. A real delight. 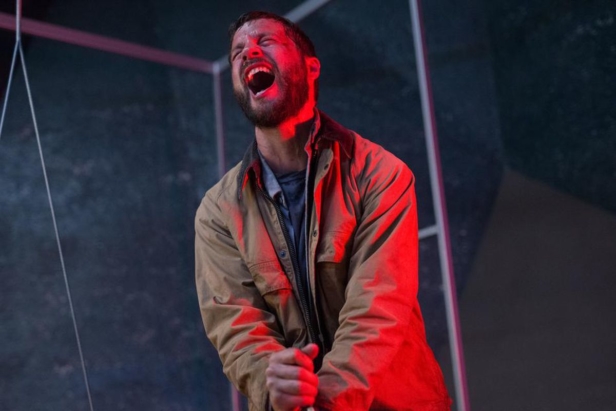 Horror staple Leigh Whannell branched into SF for his sophomore directorial effort and the result was a bone-crunching treat. Logan Marshall-Green is superb as Grey, the grieving quadriplegic technophobe who is given a computer chip that restores his body and can help him get revenge on his attackers. Naturally, the chatty AI effectively turns him into “a fucking ninja!” and Whannell mounts some breathtakingly brutal action sequences while Grey watches in horror. More like this, please. 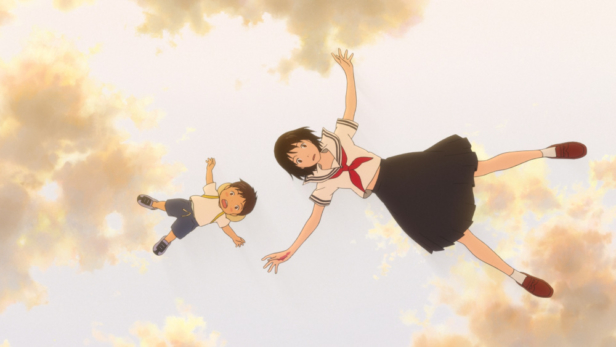 Anime fans will tell you that Mamoru Hosoda is one of the form’s most consistently impressive filmmakers and Mirai is no exception. Drawing on his own experiences with his family, he spins a tale about a frustrated young boy who finds himself slipping through time and observing his family at different ages, accompanied by his younger (but now older) sister. This coming of age story is beautifully made and wonderfully sweet and continues a remarkable run of form for the Wolf Children writer-director. 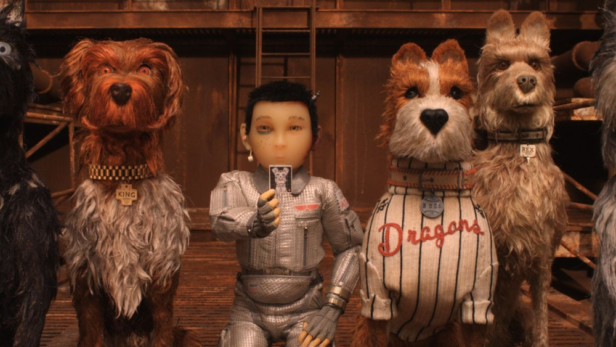 Wes Anderson returned to stop motion with this beautifully designed and deeply lovely tale. When Japan decides to exile its dogs to a trash island under the guise of public health, a young boy sets out to rescue his loyal pup. The conversation surrounding the issue of cultural fetishization is important, but there is also such a warm-hearted glow to the film, the voice cast is wonderful and the level of detail is extraordinary. 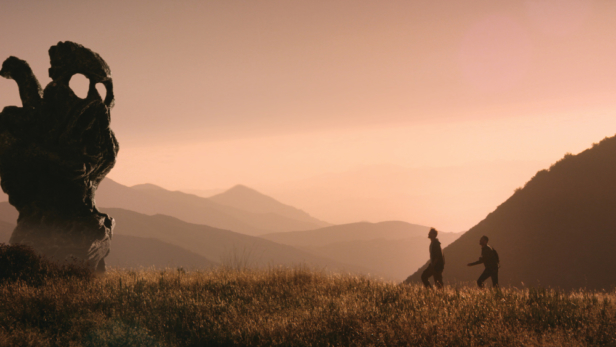 A new Benson and Moorhead film is always cause for excitement. With just three films, the duo behind Resolution and Spring have established themselves as two of the genre’s most interesting and creative talents, and this cult SF tale of two brothers returning to their old “community” might just be their best yet. It’s so intricately constructed that the fact that it packs such a strong emotional punch comes as something of a surprise, and you’ll want to watch it again immediately. 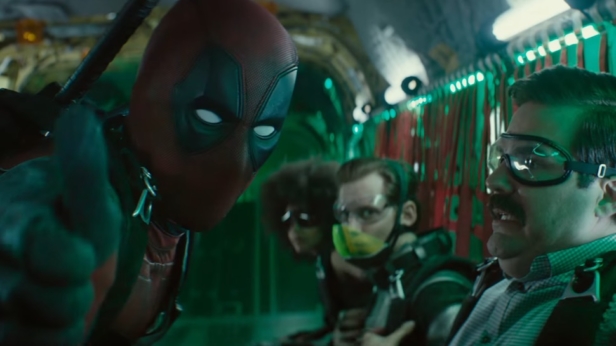 Deadpool returned with a bigger, smarter and funnier sequel that addressed a lot of the first film’s problems and doubled down on everything that worked. Ryan Reynolds is a beyond perfect fit for the character, John Wick co-director David Leitch brings his considerable action skills to bear with some jaw-dropping sequences, and the addition of Josh Brolin’s Cable, Julian Dennison’s Firefist and (particularly) Zazie Beetz’s Domino made it a great ensemble movie too. And how could we forget Peter? Sweet Peter. 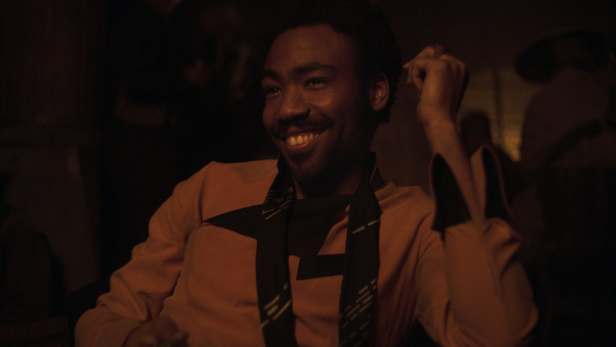 So much was made of the deeply troubled production and the disappointing box office of Ron Howard’s Solo origin story that the film itself has been somewhat overlooked. We suspect that time will be very kind to this blend of Western and heist movie. The action sequences are great, there are plenty of memorable supporting characters, and it nails the blend of light and dark. And sure, Alden Ehrenreich was never going to be Harrison Ford but he made the character his own, and Donald Glover’s Lando was a triumph. 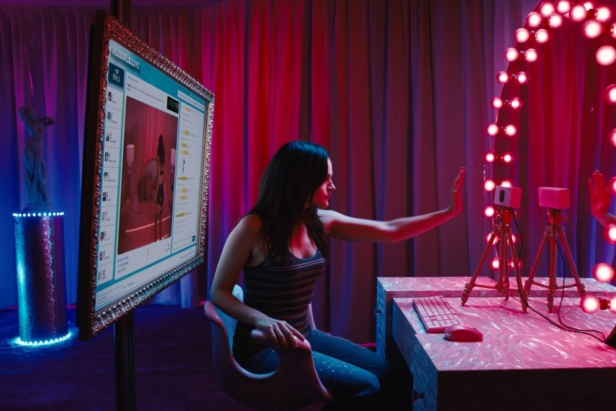 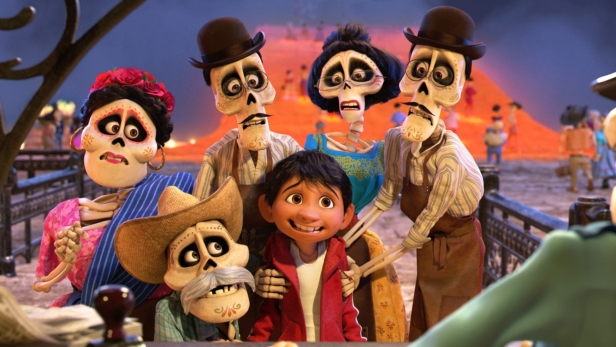 Pixar played our heartstrings beautifully yet again with this gorgeous and moving story of a music-loving young boy who is transported to the land of the dead after attempting to borrow his great-grandfather’s guitar when his family forbid him from following his dreams. Directors Adrian Molina and Lee Unkrich created a visual feast with the realm beyond and the music is wonderful, but it’s Miguel’s journey with Héctor and the truths and feelings that they uncover that give Coco its power. 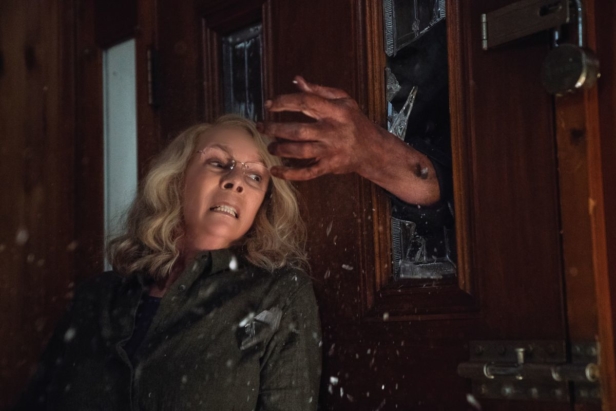 Of course, we were excited to see Michael Myers back on screen stalking the streets of Haddonfield, but what really made Halloween a must-see was the return of Jamie Lee Curtis as Laurie Strode and boy, did she deliver. David Gordon Green walked the fine line between channelling the spirit of Carpenter’s original and tipping into fan service to give us a scary, brutal and massively entertaining revival of one of the genre’s most iconic stories, and it was great to see the Strode family take on its boogeyman in the grand finale. And how great was that soundtrack? 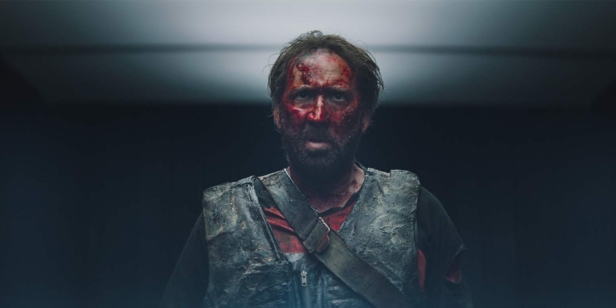 Mandy was sold as the “Nic Cage at full Nic Cage show!” and while the star does let rip to glorious effect, there’s so much more than a manic grin and weird yelling in Panos Cosmatos’ crimson nightmare love story. It’s a truly immersive experience that veers between heartbreak and wild, exhilarating horror, and Andrea Riseborough is wonderful as the title character. We also have to give a special shout out to Linus Roache for creating one of the year’s most skin-crawling yet ridiculous villains (“Do you like the Carpenters?”). Now, where’s the Cheddar Goblin… 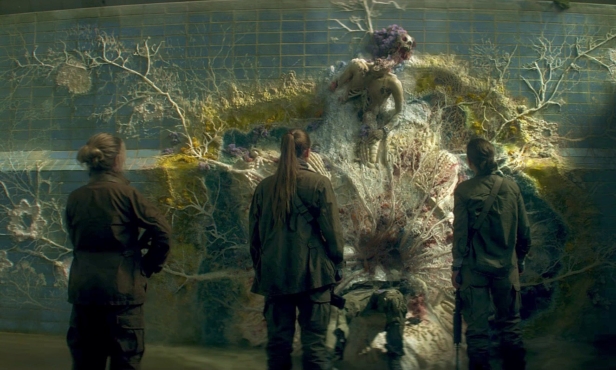 Alex Garland returned with this gripping, eerie take on Jeff VanderMeer’s novel and unsettled the hell out of us. Anchored by an incredibly strong ensemble cast (Natalie Portman, Gina Rodriguez, Tessa Thompson, Jennifer Jason Leigh and Tuva Novotny all impress), the journey into the mysterious Area X becomes an exploration of the darkest realms of these women’s psyches and that uncanny urge we have to destroy ourselves. The nightmare creatures were scary, the ending was striking, but it’s the mood that will stay with you. 6. Spider-Man: Into The Spider-Verse

To be honest, we’re pretty sure Into The Spider-Verse is only this far down in the rankings because of its end of year release date. When was the last time you saw a comic book movie take such a gleeful running leap into the source material? And while it is a treasure trove for fans, it’s also a genuinely great story about a young man figuring out who he is. Miles’ story was heartfelt, funny and sweet, the animation was incredible and where do you even begin with that voice cast? This is comfortably the best Spidey movie since Raimi’s Spider-Man 2, and maybe even better.

Toni Collette’s performance in Ari Aster’s Hereditary will go down in movie history as one of the great horror leading turns. Whether you adored the film or didn’t think it lived up to the hype, Collette is a force of nature, shredding your nerves and breaking your heart all at once. For us, the film is one of the year’s best, an intricate and deeply upsetting portrait of grief gone nightmarishly wrong that sets you on edge from the very start. Watching this family spiral was one of the most traumatic experiences we’ve had at the cinema in a long time and people will be talking about it for years to come. 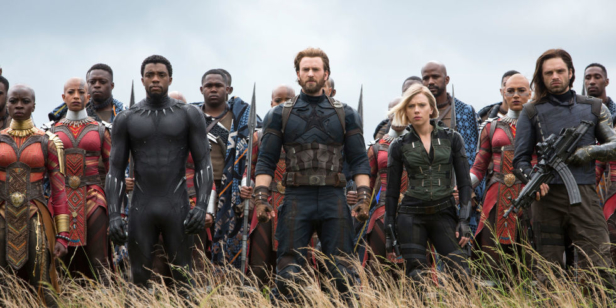 The first half of Marvel’s cross-over event lived up to the hype. The sheer joy of seeing the MCU heroes on screen together cannot be denied, and Josh Brolin’s towering turn as Thanos shone through the performance capture and made other CG villains look bad. With so many punch-the-air and oh-god-no moments, we have to give full credit to Anthony and Joe Russo and writers Christopher Markus and Stephen McFeely for pulling off such a Herculean task and leaving us reeling with that jaw-dropping ending…now, can they stick the landing? 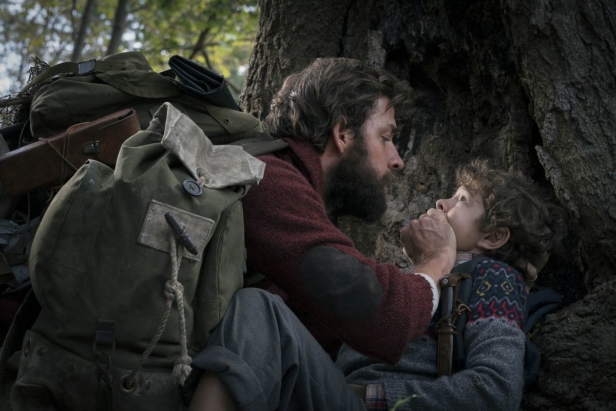 If you’d told us a few years ago that Jim from The Office would direct a blockbuster horror movie, we might not have been massively convinced. However, A Quiet Place was a true crossover genre movie that caught the imagination of viewers everywhere with its ingenious and expertly played hook, and a strong quartet of performances from Emily Blunt, John Krasinski, Millicent Simmonds and Noah Jupe ensured we were invested in the Abbott family’s survival as they faced off against the noise-hunting creatures. Obviously, anyone who talked during it is going straight to hell. 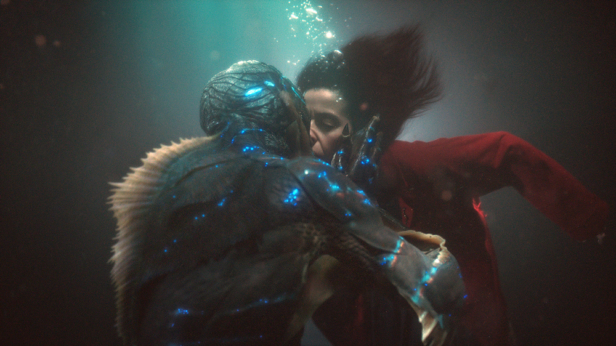 2. The Shape Of Water

As you probably know, we’re huge fans of Guillermo del Toro at SciFiNow and the fact that he’s now an Academy Award winning director is all kinds of wonderful. The film’s awards success may have prompted the typical for and against discussion, but it also speaks to the remarkable way in which he managed to make something that was both classical and timely, that was rooted in golden age storytelling and keenly critical of broader social and political nostalgia. The design was stunning, the performances were incredible, it’s just a beautiful film. 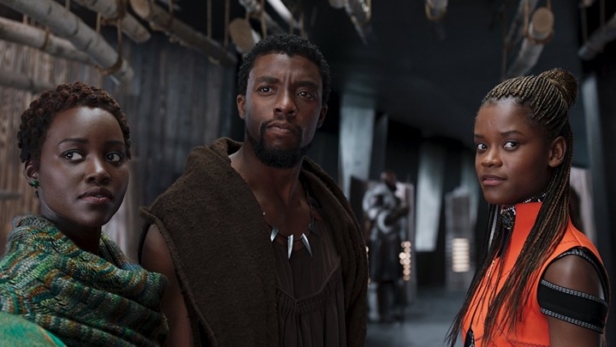 So, the undisputed king of SciFiNow’s 2018 (by a pretty massive margin, votes-wise) was Ryan Coogler’s Black Panther. T’Challa’s story struck a chord with audiences around the world, as a stunning ensemble cast, a brilliantly designed world and what might just be the best ever Marvel villain in Michael B Jordan’s Killmonger came together to deliver a truly great comic book movie and one of the defining popular culture moments in modern times. In a year full of great comic book movies, Black Panther stood head and shoulders above the rest. Hail to the king.