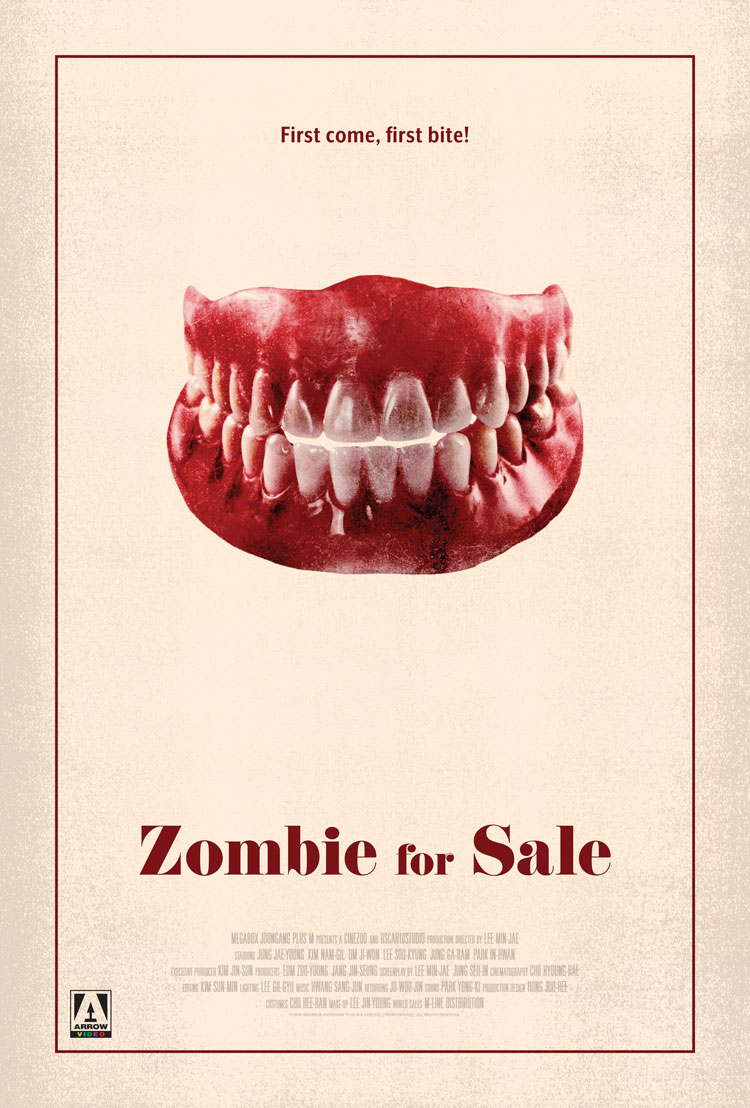 Back when the Korean New Wave was cresting, part of what made directors like Park Chan-wook (Oldboy, 2003), Kim Ji-woon (A Tale Of Two Sisters, 2003), Jang Joon-hwan (Save The Green Planet!, 2003) and Bong Joon-ho (The Host, 2006) seem so exciting was the way in which they all took the familiar language of genre and blended, blurred and upturned it into something thrillingly novel and richly strange. Bong, of course, is still doing this – and much of the appeal of his recent Parasite (2019) is its slippery relationship to several recognisable genres (family drama, class comedy, thriller, horror) at once, leaving the viewer breathlessly struggling to get a grip.

There is something of a similar spirit in Lee Min-jae’s latest feature, whose original Korean title Gimyohan Gajok (lit. ‘strange family’) hints – accurately – at the darkly comic domestic dysfunction of Kim Jee-woon’s earlier The Quiet Family (Joyonghan Gajok, 1998), while its various English titles (Zombie For Sale;  The Odd Family: Zombie On Sale) advertise – also accurately – its status directly as a zombie film, and more obliquely as an exploitation film, before the film veers off in several unexpected directions.

The zombie (Jung Ga-ram) at the film’s centre – nicknamed ‘Jjong-bi’ for convenience – is a product of corporate exploitation: a young homeless man infected by a pharmaceuticals company in an illegal human clinical trial. Escaping the laboratory, he ends up locked in the garage of the Parks, a dissolute family of smalltown oddballs. The widowed patriarch Man-duk (Park In-hwan) lives in a caravan and dreams of holidaying in Hawaii. His eldest son Jun-gul (Jung Jae-young) and Jun-gul’s no-nonsense pregnant wife Nam-joo (Uhm Ji-won) run the roadside gas station and car workshop attached to the family home, and scam any outsiders passing through rural ‘Poongsan’. And now that Jjong-bi has wandered into town, it seems everyone wants a piece of him. After being bitten, Man-duk discovers an unexpected side effect of the infection which he will soon be exploiting for profit from the other ageing townsmen. Meanwhile his second, flashier son Min-gul (Kim Nam-gil), currently visiting from the city, sees potential for much bigger commercial exploitation of Jjong-bi – while their younger sister Hye-gul (Lee Soo-kyung) has her own (erotic) designs on the young man (who is given a makeover which puts him suitably in the red hoodie from Jonathan Levine’s romzomcom Warm Bodies (2013).

After watching clips on Min-gul’s smartphone from Yeon Sang-ho’s Train To Busan (2016), the Parks think they have Jjong-bi figured, and set about taming his flesh-hungry drives (by defanging him and feeding him a diet of brain-like cabbage and blood-like gochujang) – but in the hilariously savvy Zombie For Sale, nothing ever goes down quite as anticipated, as director Lee sets up one familiar trope after another only to knock them down with a seemingly endless supply of flying kicks, side-swiping trucks and eccentric surprises. The Parks may eventually, inevitably find themselves beleaguered by an army of ravenous zombies, but not before they are mobbed by angry, baying customers – and the differences between these two groups are tellingly few. Along the way, a genre almost definitionally dominated by rot becomes refreshed, even as long dormant desires are reinvigorated.

These days, zombies can, despite their numbers, still be a cinematic cash cow, attracting audiences and making money. In making a film that is concerned, precisely, with zombie exploitation, Lee has found a way to show how easily the undead and other underclasses can be commodified by a society in which selfishness and greed dominate. This is the social commentary buried beneath the surface of Zombie For Sale – and the humour, which constantly trounces our expectations, also serves as an index to the film’s deeper subversive impulses, as commercial interests vie with family and community values, and true love trumps other, more errant appetites for sex, lucre and raw meat.

Zombie For Sale was seen and reviewed at Glasgow FrightFest 2020.