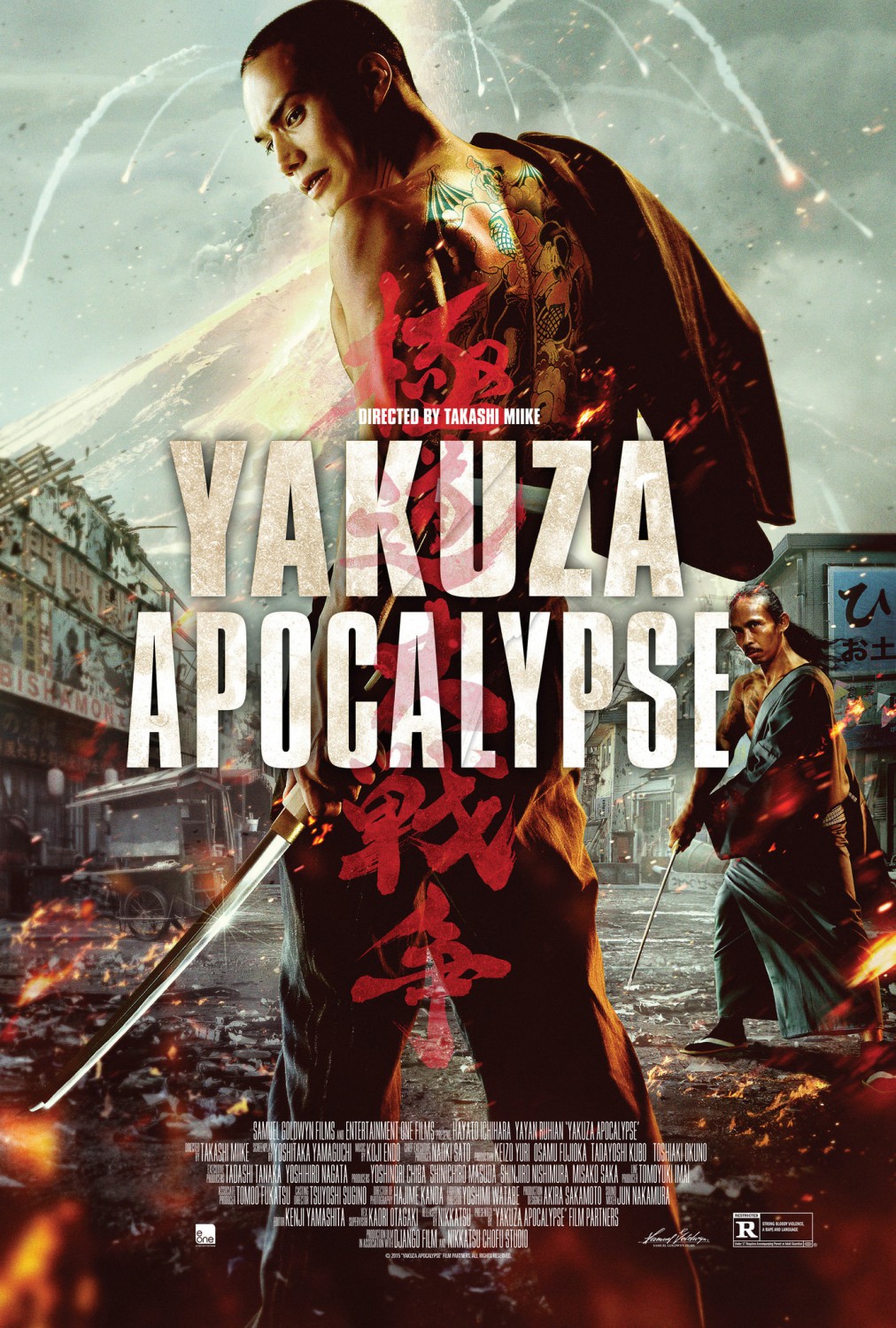 The Happiness Of The Katakuris

Takashi Miike’s ludicrous work rate means that not every film is going to be a winner. Although his back catalogue is littered with stunners like Audition, Ichi The Killer and The Happiness Of The Katakuris, there’s plenty of filler and disappointment too. Approaching Yakuza Apocalypse with caution seems wise, but fans of the director will be thrilled to hear that it’s as fun as it looks.

Kageyama (Hayato Ichihara) works for the feared, respected and secretly vampiric local Yakuza boss Kamiura (Lily Franky). He’s not the only supernatural being around though, as evidenced when he’s murdered by his former gang, including a backpack and geek-glasses-sporting fighter named Kyoken (The Raid’s Yayan Ruhian).

As a parting gift, Kamiura passes his vampiric gift onto Kageyama, who’s going to need it if he’s going to take on these evil creatures and the rest of his treacherous mob. Turning his entire neighbourhood into bloodsuckers should take care of that.

Blood-soaked, gleefully silly and action-packed, Yakuza Apocalypse sees Miike having a brilliant time. There are impressive fight sequences and truly bizarre baddies; the beaked turtle-goblin with toxic breath is only topped by the fuzzy frog creature with incredible martial arts skills and eyes that can put you in a vice-like grip.

There’s a blend of western and gangster movies that feels almost traditional in places, but Yoshitaka Yamiguchi’s script is so giddily packed with stuff that a surprised laugh is always just a few moments away.

Whether it’s the knitting group in a bar basement calmly but painfully paying for their crimes, whatever it is that’s spurting out of the new boss’ ear, or the simple joy of watching a felt-clad frog thing kick the crap out of everyone in increasingly outlandish fashion, there’s never really an end to the mad delights of Yakuza Apocalypse.

It won’t be for everyone (far from it), and you’ll quickly know if you’re on board, but if you’re a Miike fan or simply looking for something weird and wonderful then you certainly won’t forget this in a hurry.