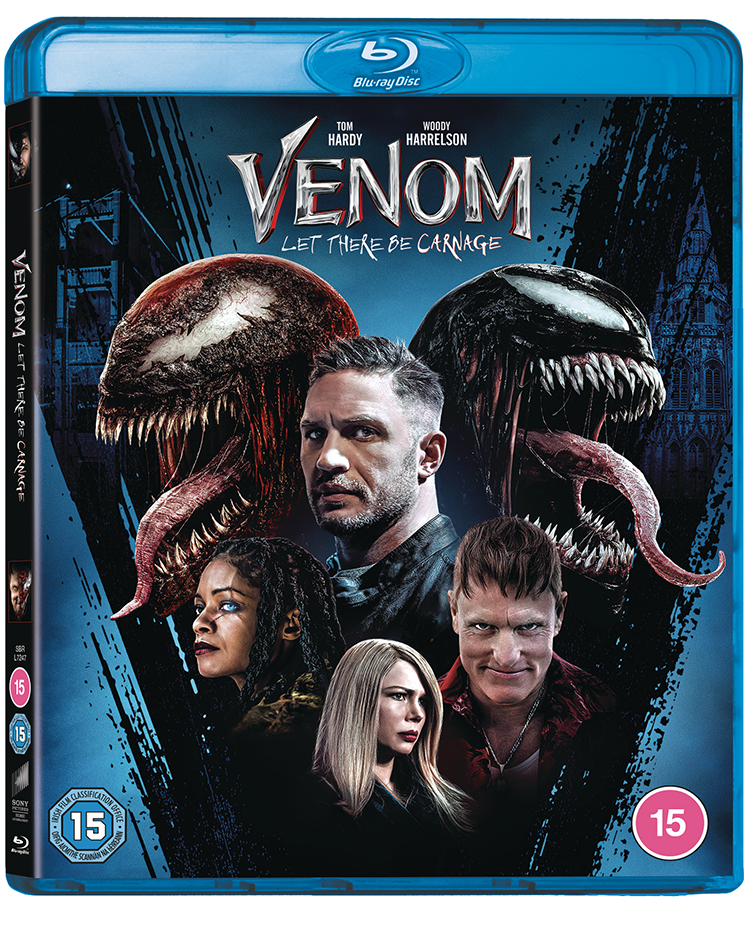 When Venom was released back in 2018, some critics (including us) may have been a bit sniffy about it. However, there was no denying that it was a commercial success, grossing over $850 million. It appears that Sony managed to give people what they wanted, and though it lacked a little finesse, it was fun. Besides, what’s wrong with just going to the movies to have fun? And that is what its sequel, Venom: Let there be Carnage, is all about.

The sequel sees us catching up with Eddie Brock (Tom Hardy), living his not-so best life. Still reeling from the events of the last movie, his career as an investigative journalist is in the toilet and he’s left trying to make ends meet. Opportunity comes knocking when death row prisoner and renowned serial killer Cletus Kasady agrees to one last interview before his execution, where he will reveal all… but he will only speak to Eddie Brock.

The only problem with this plan is that Eddie is never alone. That’s because he’s still very much attached to his symbiote, and when Venom is around, carnage soon follows…

For fans of the 1992 comic book origin story, Carnage plays close enough to the source material to give you some brilliant callbacks to iconic splash pages while developing a unique enough story to bring a few of its own surprises. As far as plots go it’s pretty standard fare for a superhero movie, where the good guy (or anti-hero) must face off against a villain who is the ‘evil’ mirror to his own powers and abilities (see: The Incredible Hulk, Iron Man 2, Superman 3 – you can almost hear Venom calling out “we’re not so different you and I!)”.

While that doesn’t make for much in the way of complex drama, it gives the film space to flourish in other areas.

Where Carnage really excels is in its odd-couple routine. Tom Hardy turns in an impressively committed performance, playing both Brock and Venom. Hardy pre-recorded Venom’s dialogue on-the-fly on set, to give each take a unique energy. Which are then bolstered by his affinity and enthusiasm for some brilliantly choreographed and executed skits of physical comedy.

With Andy Serkis taking over directorial duties, there is confidence in the tone of Carnage. Yes Woody Harrelson is chewing the scenery in a ridiculous wig and yes there is a cacophony of CGI but it all holds together in a gloriously outrageous and fun tale involving prison breaks, glowing dance sequences, impromptu violence and chaotic breakfasts. Michelle Williams makes a welcome return as ex-girlfriend Anne, who alongside Reid Scott’s Dr. Dan adds an unexpected and oddly sweet love story element to the story.

Venom: Let There Be Carnage is available to Rent and Buy on Digital now and 4K Ultra HD™, Blu-ray™ & DVD on 3 January.