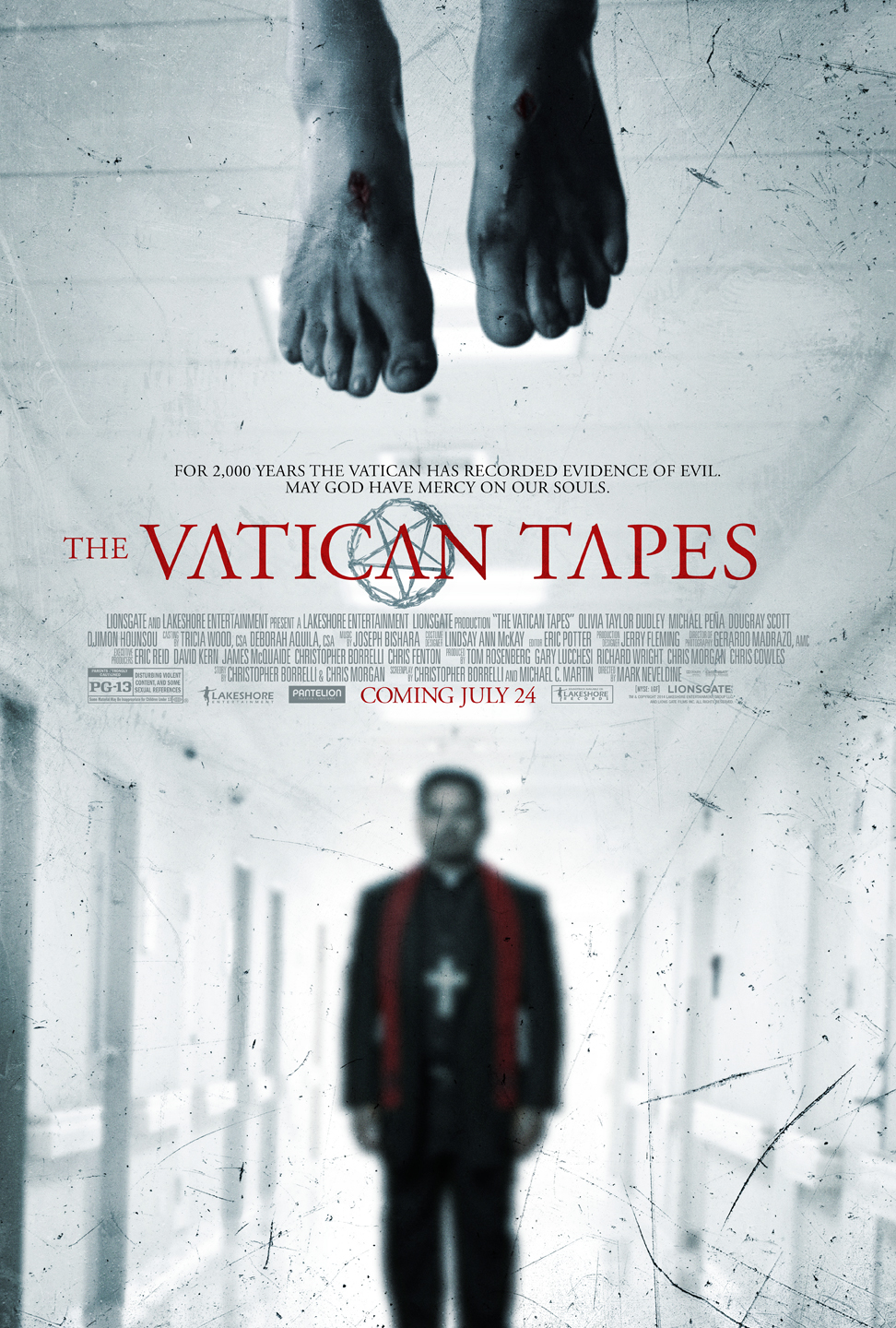 Documentary-style horror in which a preacher attempts to expose the trickery behind faked exorcisms.

Don’t be put off by the title – this enjoyable exorcism thriller wisely ditches the over-played found footage element in favour of a straightforward narrative, albeit with the odd bit of CCTV footage thrown in.

Directed by Mark Neveldine, The Vatican Tapes opens with two serious-looking Cardinals (Peter Andersson and Djimon Hounsou) looking concernedly at some top-secret Vatican video tapes of a possessed young woman. We then flash back a few months and meet 27 year-old Angela (Olivia Dudley Taylor), who, in a cautionary tale to us all, has just finished a blog post on the Anti-Christ.

After accidentally cutting herself while slicing her birthday cake, Angela begins behaving very strangely indeed, eventually causing a car accident that lands her in a 40-day coma, much to the consternation of her religious father (Dougray Scott) and nice-guy boyfriend (John Patrick Amedori). When she miraculously regains consciousness, it isn’t long before various bodies start piling up in her immediate vicinity, prompting friendly priest Father Lozano (Michael Pena) to summon the Vatican for a time-honoured exorcism.

Taylor is good value as Angela, slipping comfortably between sympathetic vulnerability and spine-chilling evil, while Andersson is a lot of fun as the Germanic, over-explaining exorcist. That said, Pena is disappointingly under-used and is mostly reduced to frowning a lot.

Making his solo debut after co-directing the Crank movies, Neveldine directs with a distinct sense of style, heightened by Gerardo Madrazo’s pin-sharp Red-camera cinematography. Similarly, he orchestrates some effectively nasty moments (a scene involving lightbulbs is particularly wince-inducing) and even manages to add an original element to the exorcism sequences by having Angela vomit up a holy trinity of hard-boiled eggs. In addition, the film builds to an enjoyably bonkers finale that sets up an intriguing-looking sequel.

In short, this is an enjoyably creepy exorcism thriller that compensates for its derivative elements with some decent scares and a great ending.