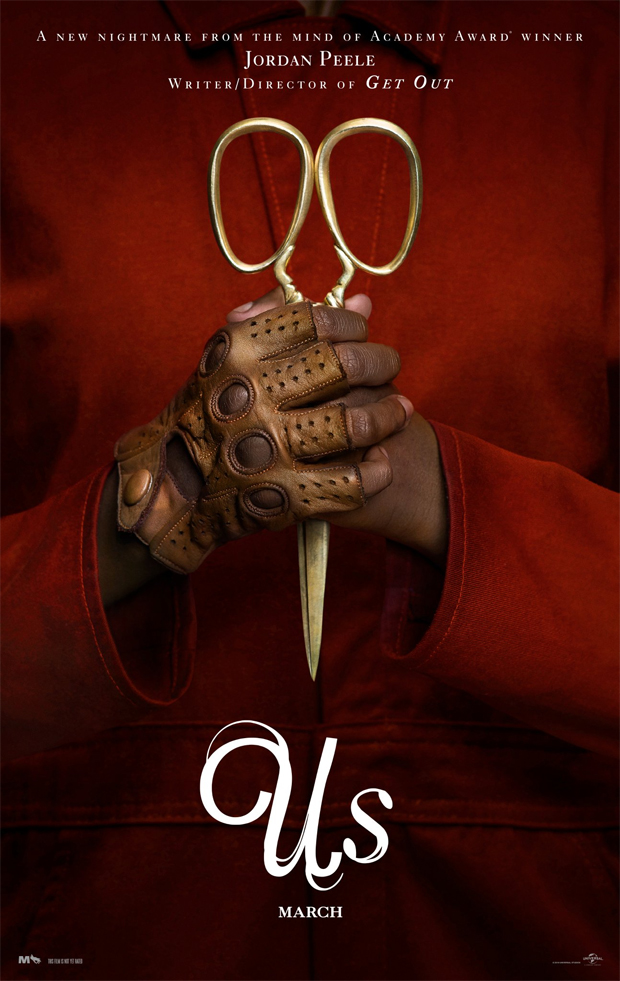 It’s immensely gratifying to horror fans that Get Out’s Jordan Peele has stayed in the genre, but it should be noted that his sophomore effort is arguably more ambitious than his knock-out debut. A bloody crowd-pleaser with big shocks and big laughs, it’s a commentary on the state of the nation that takes great pains to make sure it operates within the genre rules it sets for itself, and it really does swing for the fences. Us may lack the clockwork precision of its predecessor but it cuts like a knife (or a pair of murder scissors) and it’s a damn good time.

Lupita Nyong’o is tremendous as Adelaide Wilson, forced to face her fears when she, her husband (Winston Duke, wonderful as an amiable dad) and their two kids (Shahadi Wright Joseph and Evan Alex) head to their holiday home and the beach where she got lost as a child. As eerie coincidences start stacking up, Adelaide’s nerves are shredded and she becomes convinced that something bad is on the way…and it is. That night, their home is invaded by their nightmarish shadow doubles who are intent on tearing their happy life apart.

Once again, Peele is more than happy to acknowledge his influences but while the first half of Us is full of Easter eggs for horror buffs it’s also a showcase for his confidence as a filmmaker, particularly when it comes to managing tone. You’re not going to find many directors who can successfully flip from Haneke-homaging to chuckles on a knife-edge, and an early take on Funny Games‘ unforgettable opening confrontation sets the template for a high-stakes blend of jumps, giggles and chills as the doubles start to play (Nyong’o doubles up to great effect as Adelaide’s croaky, straight-backed doppelgänger but Joseph’s creepy smile got the best crowd reactions at our screening) and we root for this family’s survival.

He clearly wants to cover a lot of ground in terms of audience response – one of the great joys of Us is just how weird the film is willing to go – and while the commentary isn’t exactly subtle as social divisions and fears are explored, it’s played at the same pitch as the genre elements and the film takes great care to make sure everything works in tandem.

It all builds to a fantastic crescendo as the family fights back and the neighbours (the perfectly cast Elisabeth Moss and Tim Heidecker) get involved, but there’s still the final act to go. Peele makes some narrative choices here that will prove divisive and there’s certainly too much explanation/exposition, but the ideas and themes he’s exploring are interesting enough to withstand a bit of monologuing before the big finish.

For all the immediate fairground ride fun it offers, much of the real pleasure to be had with Us will come from the discussions you’ll have afterwards and it certainly demands another viewing.