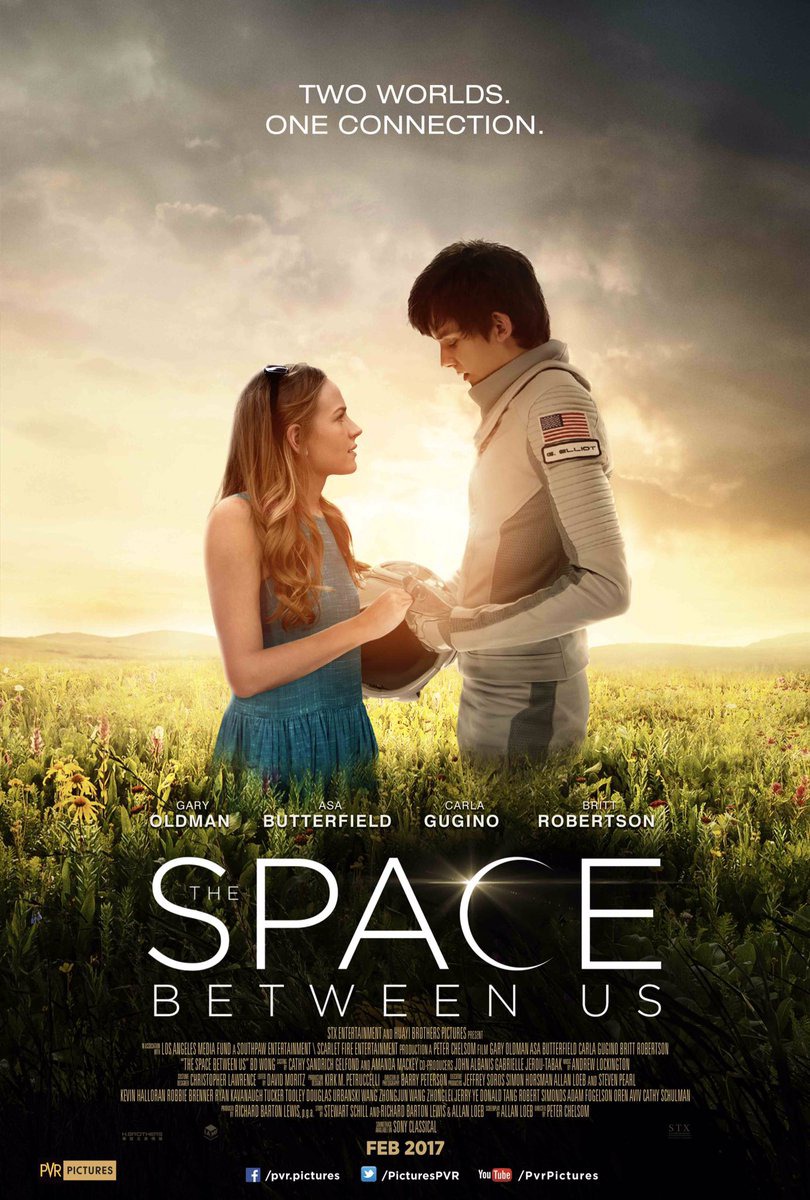 Asa Butterfield stars as Gardner Elliot, the first person ever to be born on Mars and we meet him as a teenager just as he is rebelling against his red, dusty surroundings and torturing his robot Centaur (voiced by director Peter Chelsom) for classified information.

Gardner lives on a site developed by a company run by Nathaniel Shepherd (Gary Oldman projecting his sad feelings via a lot of impassioned shouting and ruffling of hair) who we first meet sixteen years earlier at an unconvincing press conference for his life on Mars project.

Gardner spends his time moping about in his bedroom watching Wim Wenders’ Wings of Desire and conversing online with Earth girl and foster kid Tulsa who he has fallen head over heels in love with. Hopefully, the recurring mention of Wings of Desire will point viewers in the direction of a more complex exploration of the human condition than the bland YA romantic comedy screenwriter Allan Loeb delivers here.

The Space Between Us is more akin to The Fault in Our Stars than emotionally stirring sci-fi such as John Carpenter’s classic Starman (which is clearly a huge influence). It doesn’t even satisfy with its potential fish-out-of-water humour, most of which can be seen in the trailer.

On his journey to meet Tulsa, Gardner asks a few random people the profound question, “What’s your favourite thing about Earth?” and of course gets to marvel at the wonder of rainfall that the human race so stupidly shields itself from. He’s also dressed in 1950s attire to make him that bit weirder to the teenagers he encounters in the halls of Tulsa’s high school. The film is very on the nose throughout its entirety from the clichéd love story to its very predictable outcome, but, thankfully, though the two young lead actors do an excellent job with the corny dialogue.

Butterfield (Miss Peregrine’s Home For Peculiar Children, Hugo) is endearing enough conveying wide-eyed eccentricity and Britt Robertson (Tomorrowland, Under The Dome) plays off his bewilderment with a tough girl routine that places her fully in charge of their expedition across the USA. A teen audience may appreciate the starry-eyed romance but this space adventure is a disappointingly formulaic affair.