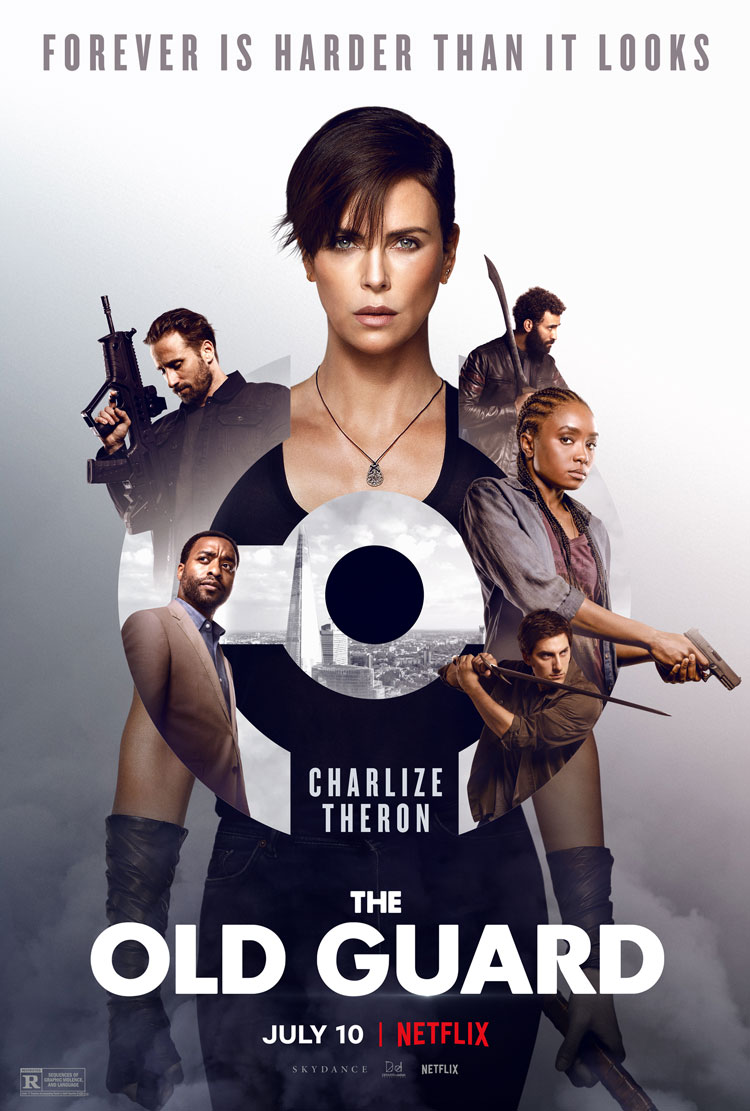 Imagine if you couldn’t die? No… we mean… really think about it. It would be awful, wouldn’t it? Out-living everyone you love, not being able to make meaningful connections… Then on top of that, imagine if your immortality can be taken away without notice – you may have lived for centuries but the next time you die, it could be your last.

That’s the life that Andy (real name Andromache the Scythian and played by Charlize Theron invoking that Mad Max Furiosa badassery that we just love) and her fellow immortal mercenaries face in director Gina Prince-Bythewood’s The Old Guard, which is based on the comic books written by Greg Rucka and illustrated by Leandro Fernandez. This leaves for an intense, unique comic book movie that focuses on the real, gritty humanity of being immortal.

Andy and her small army of four – which includes Booker (Matthias Schoenaerts) and lovers Joe (Marwan Kenzari) and Nicky (Luca Marinelli) – live by a very strict set of rules that ensure they don’t get discovered (imagine what eternity feels like if you’re trapped against your will). However, this equilibrium is disturbed when they take a job that puts them in the path of a very modern foe in the shape of Merrick (Harry Melling) the young CEO of a wealthy pharmaceutical corporation who wants them for medical (read: monetary) purposes. But the real villain here is humanity – Andy has been trying to save it for centuries and she’s become disappointed and tired with its frustratingly unending ability to break itself.

At the same time, US Marine Nile (KiKi Layne) has died. Well… for a while at least… she’s woken up after having her throat slit and people are acting very strangely around her. Joining Andy and being thrust into a life of immortality, Nile soon discovers that not being able to die comes with a very different kind of sentence.

The Old Guard takes a different spin on the superhero genre to differing effects. On the one hand, it’s a refreshing and grounded look at what it would really mean to be immortal. The Old Guard takes the time to really dig deep into each of its characters – giving attention to their (long), complicated pasts. Some of their stories are heart-breaking and it’s warming to have an insight into a real human tale with a supernatural spin.

On the other hand, this element does lead to, at times, a rather sombre film. Whereas many comic book movies can take the viewer out of reality and embed them in a world far removed from their own, The Old Guard takes that layer away; forcing you to face some very real, bleak issues. But that’s where its singularity lies and if you want all-out, quote-quipping large-scope battles then you won’t be seeing that here. That’s not to say the film doesn’t have elements of humour (Andy can’t be bothered to run after Nile at some point so just shoots her in the head) and action – the fight sequences are fast-paced, tight and coldly efficient. Andy and her team may be immortal, but they still feel every wound.

With complex characters that we’re more than happy to spend time with; inhabiting a world we’d happily revisit and learn more about, The Old Guard is a movie where the fights are dirty, the results are bloody and the weapons are medieval. While some may feel a want for those entertaining, escapist elements that comic book movies afford, The Old Guard is unique and profound, allowing us a singular look into what it would truly mean to live forever.

The Old Guard is out now on Netflix. Read our interview with creators Greg Rucka and Leandro Fernández here.