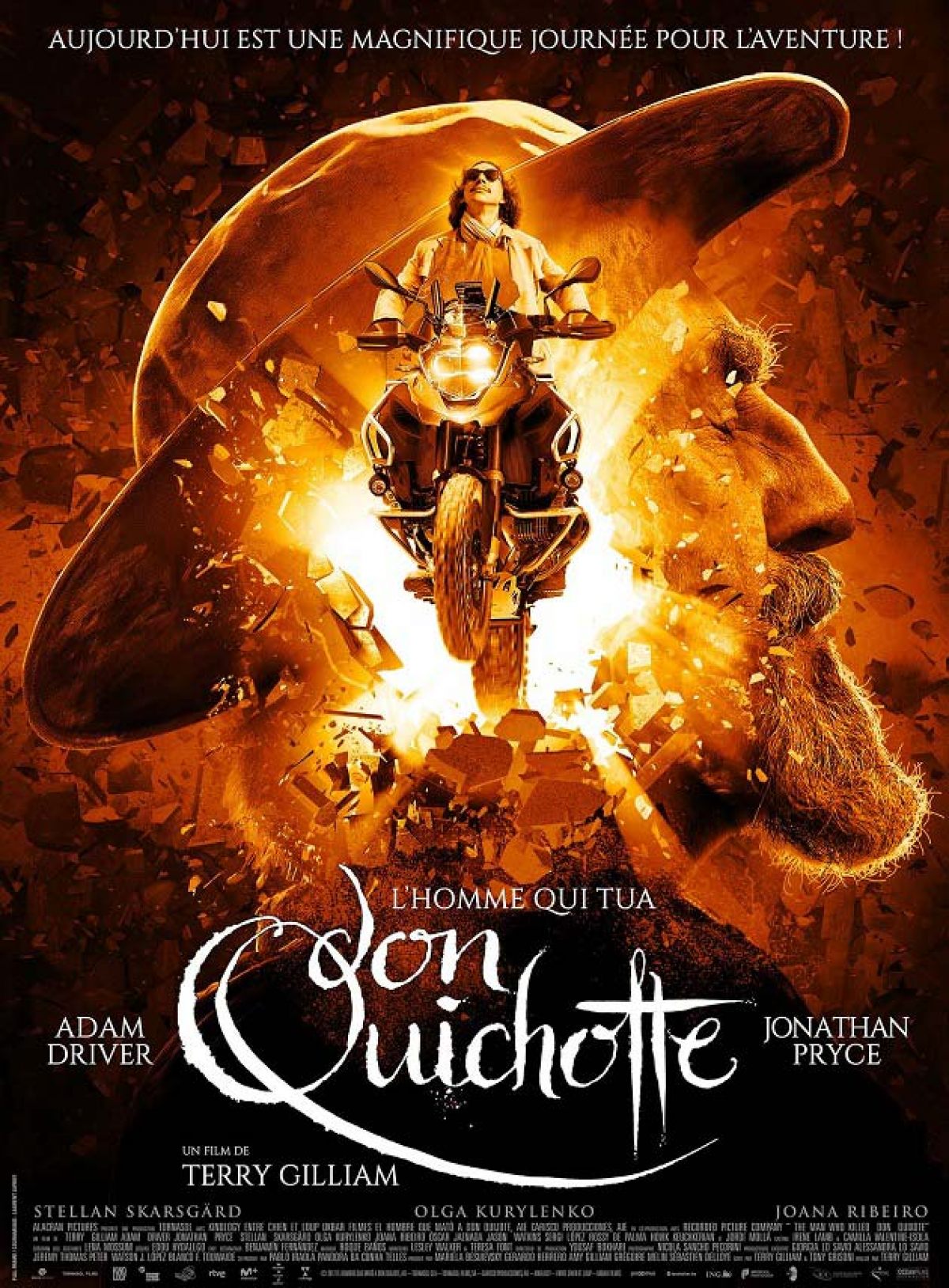 Terry Gilliam’s first attempt to film The Man Who Killed Don Quixote infamously met with disaster. In the midst of a production plagued by countless incidents and delays, producers decided to pull the plug. He’d fought and won the battle for Brazil (1985), but on the fields of La Mancha he was, creatively, mortally wounded. Or so we all believed.

Years later, Gilliam pursued a relaunch. It became talked up as his lost opus, a masterpiece waiting to be born, a spirited example of one artist’s dogged persistence, even if it did look like a suitably quixotic mission in chasing windmills. Well, folks, it’s finally here – and premiered as the closing film at the 71st Cannes Film Festival – and sadly you’ll be left wondering why on earth the Monty Python man even bothered.

The Man Who Killed Don Quixote is a dog’s dinner set against gorgeous Spanish scenery. Tiresome instead of zany. Incoherent instead of riotous fun. Charmless instead of charming. Things aren’t helped much either by Adam Driver’s shouty commercials hack, the lead role, whose constant foulmouthed exacerbation with Jonathan Pryce’s deluded Don wears thin in a matter of minutes.

It’s clear enough the director would have felt an artistic failure, if he didn’t get this made. The resulting work therefore feels very much ‘by any means necessary’. The movie wants to be a testament to Gilliam’s manic and strange mind – but here the man’s directorial craft is more giddy chaos than a master filmmaker getting his groove on and orchestrating something memorable.

In the intervening years, the scenario ditched the time-travel element and opted for a more dreamlike, fantasy-based narrative.  This Don Quixote 2.0 approach might well be the gravest error at play, an act of self-mutilation almost, simply because the disruption between reality and fantasy is severely hampered by awful plotting and structuring. Turns out the man who killed Don Quixote was Terry Gilliam.