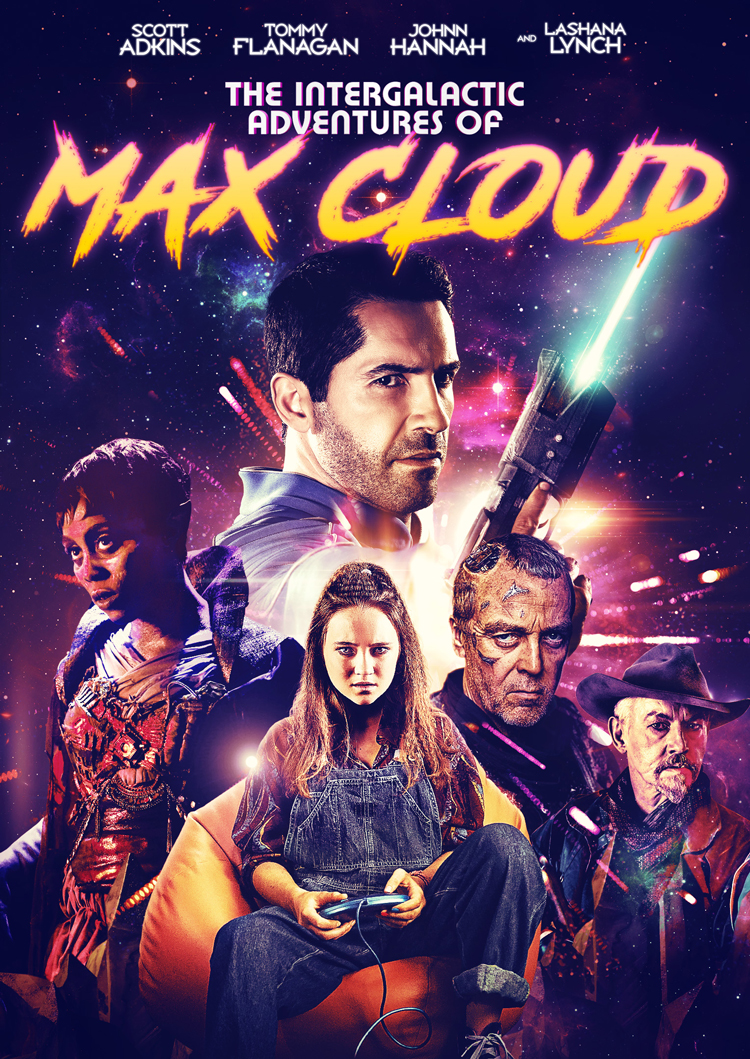 Set in 1990’s Brooklyn, we meet teenage gamer Sarah (Isabelle Allen) who, after ignoring her grumpy dad’s advice of switching off her console whilst playing side-scrolling sci-fi action-adventure game The Intergalactic Adventures of Max Cloud (think along the lines Streets Of Rage… but in space!) she accidentally opens up a portal and is transported into the videogame. From here, her friend Cowboy must continue playing to try to find a way off of the game’s intergalactic prison planet in the hope of freeing her from her virtual reality.

You’d be forgiven for assuming The Intergalactic Adventures of Max Cloud feels very much like the recent sequels in the Jumanji series (Welcome to the Jungle and The Next Level). However, Max Cloud attempts to take a step away from this set up by putting the viewer in the gamer’s chair, with scenes flipping between seeing the game played out in all of its 16-bit glory and within the videogame’s world itself. Although there are some occasionally impressive fight sequences and effects (especially given the apparent small budget), it’s hard to ignore the fact that there are restraints that hold director Martin Owen’s concept back from being able to fulfill its full potential.

A very capable cast does a fine job with often corny and parodic dialogue, though we would have welcomed the chance to see the characters evolve more. John Hannah certainly stands out; providing more than a few laughs as the anxiety-ridden villain Revengor. He’s clearly having a great time hamming it up… even if he does sound like he’s in desperate need of Strepsil.

On the whole, if you’re looking to switch off your brain and soak up some Nineties video gaming nostalgia then Max Cloud is certainly worth a watch… it’ll no doubt leave some of its viewers looking to dust off their Mega Drives.