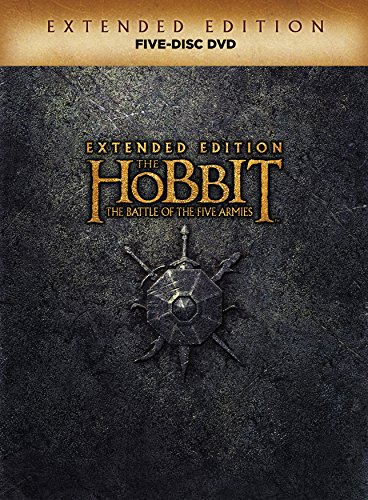 If you like epic fantasy adventures and stunning visual effects, you’ve come to the right place.

Like Return Of The King, The Battle Of The Five Armies has a grander feel to it than its predecessors. As the title suggests, the film is pretty much almost entirely a battle.

The Desolation Of Smaug left us covered in goosebumps after the dragon’s escape, but it didn’t seem to think about what that would mean for the start of part three. Instead of being gently beckoned back into the story, we’re launched straight into the middle of Smaug’s attack on Laketown. The result is startling and a bit weird.

It takes a couple of scenes to find its footing, but once (spoiler) Smaug has been slain and the main battle kicks into action, it’s seamless. The story is intriguing, the subplots add depth and the excitement is immense.

The Battle Of The Five Armies isn’t without its faults, but it’s big, loud and brash, and a stunning conclusion to the epic saga. The visual effects are spot on, and Howard Shore’s score effortlessly induces tears.

With the Extended Edition, we’re treated to deleted scenes, including a touching final tribute to Thorin Oakenshield and loads of brand new fight sequences, as well as exclusive bonus features like the commentary with Peter Jackson and Philippa Boyens, a three-part documentary about New Zealand and The Appendices Parts XI and XII, which explore the production.

But the 20 minutes of extra footage and nine – nine – hours of bonus features are a gift from the Undying Lands.

It’s also bittersweet: this is the last Middle-Earth box set we’re ever going to get, unless plans for the rumoured Silmarillion movie are realised. But to be fair, we’ll probably get multiple anniversary editions.