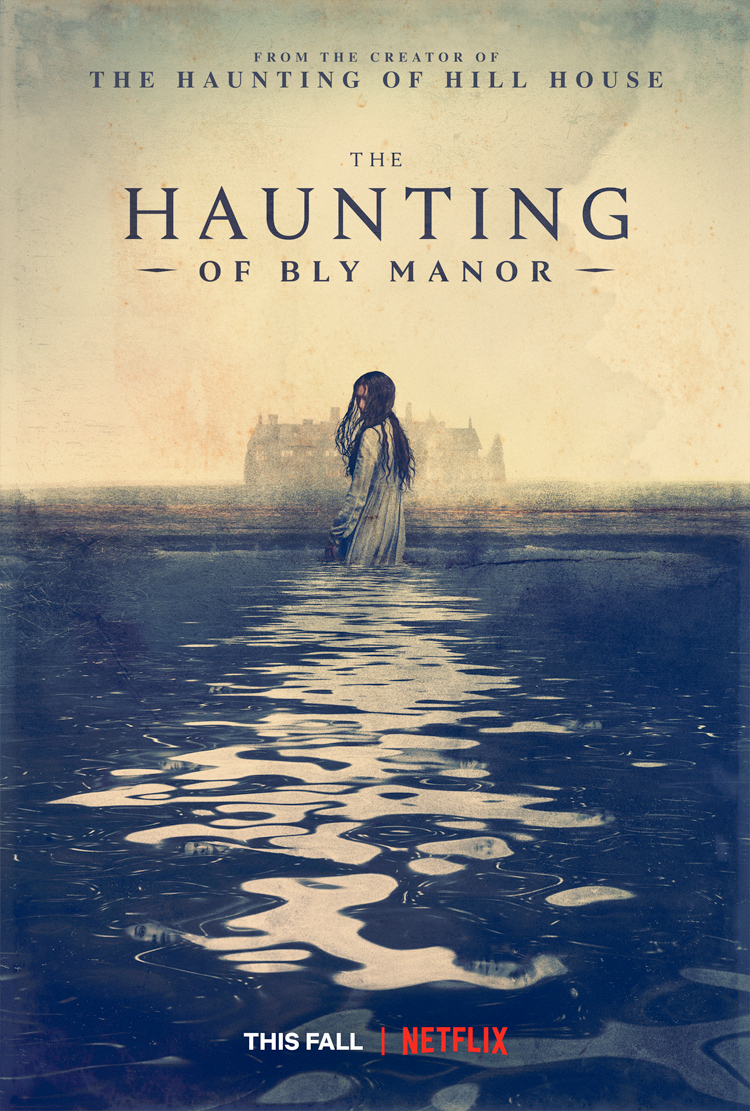 Following the story of a house full of rich history in a remote English village, Bly is primarily set in the Eighties, when young residents Flora (Amelie Bea Smith) and Miles (Benjamin Evan Ainsworth) are recuperating after unimaginable loss. First their parents die in a tragic accident, leaving them in the care of their uncle Henry (Henry Thomas). Then their house is blighted by tragedy once again when their au pair walks into the house’s lake and drowns after an affair that ends badly.

When the replacement au pair, Dani (Victoria Pedretti), arrives at the house, Bly has a wonderful array of characters working there. This includes well-meaning cook Owen (Rahul Kohli), caring housekeeper Hannah (T’Nia Miller) and plain-speaking gardener Jamie (Amelia Eve). They’re all trying to keep the spirit of the house alive for two kids who have witnessed so much heartbreak. But it’s the faceless (literally) spirits that are the problem here at Bly and any happiness that is found within its walls never lasts long.

Though the majority of the actors from The Haunting Of Hill House can be seen here (in different roles), The Haunting Of Bly Manor is different to its sibling series. As we’re told: “It’s not a ghost story, it’s a love story” and this is certainly true for Bly, focussing more on the inhabitants’ relationships than all-out frights. In fact, those looking for similar jump scares to Hill House may be left wanting here.

However, that doesn’t mean Bly isn’t an incredibly sinister series. The disturbing imagery and themes here are more of the kind that slowly creep to the back of your head, refusing to release its vice-like grip even once you’ve switched off the TV. For Bly, it’s these relationships, and the trauma of losing them, that holds most of the terror. From poor Miles and Flo losing their beloved parents, to losing your soul mate and even (as told in a beautiful standalone flashback episode), losing coveted possessions.

Flanagan wastes no time in ensuring you invest your emotions in these characters and relationships before he stamps all over them, crafting a beautifully macabre story that will keep you invested throughout. Indeed, before the end of The Haunting Of Bly Manor, you’ll likely parallel Bly herself, normal – perhaps even beautiful – on the outside but deeply haunted on the inside.

The Haunting Of Bly Manor is out now on Netflix.

The Haunting Of Bly Manor completes the new cast

The Haunting Of Bly Manor completes the new cast