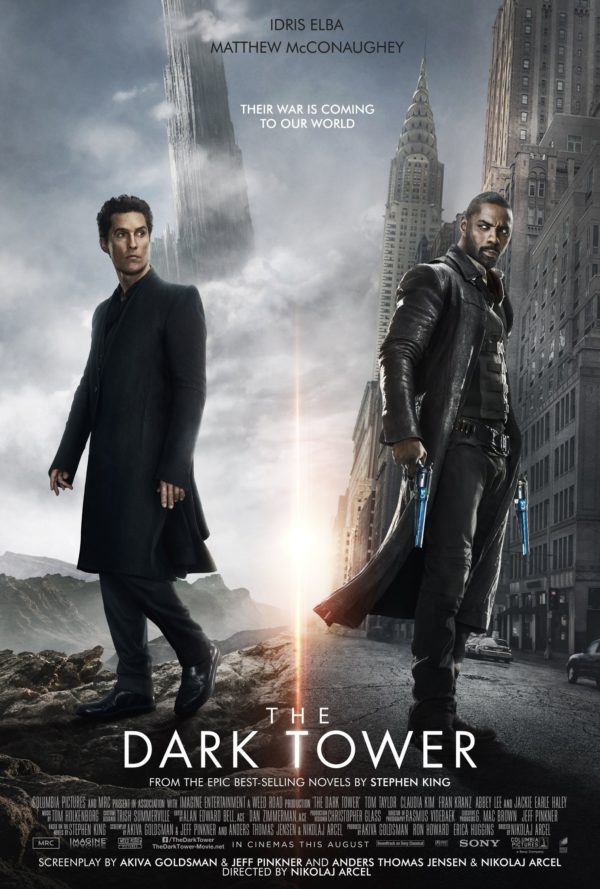 By its very nature, a semi-sequel to Stephen King’s epic series of novels may never have really been able to give the die-hard fans what they wanted from a Dark Tower film, but this intermittently entertaining fantasy feels like it’s caught trying to straddle two worlds. Yes, there are legions of references to the novels and the greater King universe (It! Cujo! The Shining at least twice!), but it’s also a streamlined and determinedly efficient YA tale of a young boy (Tom Taylor as troubled NY kid Jake, transported to an alternate world while running from mind-stealing monsters) realising he’s the key to ending or saving all worlds.

First off, it’s not the total disaster it’s been painted as. We’ve seen far worse attempts to start a franchise this year (the memories of The Mummy have yet to fade), and there’s plenty that works here, from the incredible look and design of Mid-World (the South African locations work like a charm) to Idris Elba’s excellent, growling turn as Roland. The scenes between The Gunslinger and Tom Taylor’s wide-eyed psychic child work nicely and are certainly the film’s best, peaking when the fish-out-of-water situation is reversed as “stronger than most” hero shrugs off medical advice from a perplexed doctor in a New York hospital. When it works, it feels like a dark YA adventure and while that may not be what readers want, it doesn’t necessarily make for a bad time at the movies.

But there are big, film-toppling problems that are impossible to ignore. The brief running time is both an asset and a hindrance. While we don’t get bogged down in exposition, this is too rich a world to move through so quickly and supporting characters like Claudia Kim’s kindly seer Arra and Jackie Earle Haley’s vampiric mob boss Sayre barely get a look in. It’s never incoherent or nonsensical, but everything simply feels underdeveloped.

Then there’s Matthew McConaughey’s performance as The Man In Black. The actor seems to be having a lot of fun but his whispering evil darts into daft ham more often than not, and while there are times when he hits the right blend of suave, funny and dangerous, there are more that prompt an inappropriate chuckle. He swaggers through the film turning kids evil, looking into crystal balls, telling folks to stop breathing, breaking into kitchens and bullying his panicky control room team (including Fran Kranz and Abbey Lee), but it’s only when he finally comes face to face with Elba that we see the steel under the smile. Too little, too late.

Arcel’s film frequently hints at the greater landscape beyond. Ruins of theme parks looming in the distant Mid-World landscape, communities barely holding together at the end of the world, monsters struggling to keep the seams of their human skin suits from bursting open and Elba’s delivery of the Gunslinger’s creed…there’s real potential here with flashes of humour and other worlds than these. But at its best, it feels like the flawed but promising pilot of a TV series (which is apparently still coming).

It’s a truly rare thing to come out of a summer blockbuster wishing it were longer, but in its rush to get down to the bare essentials, The Dark Tower loses too much of what makes it unique. Still, we’ll be there for the TV series. Maybe that’ll give Elba and King’s world room to breathe.