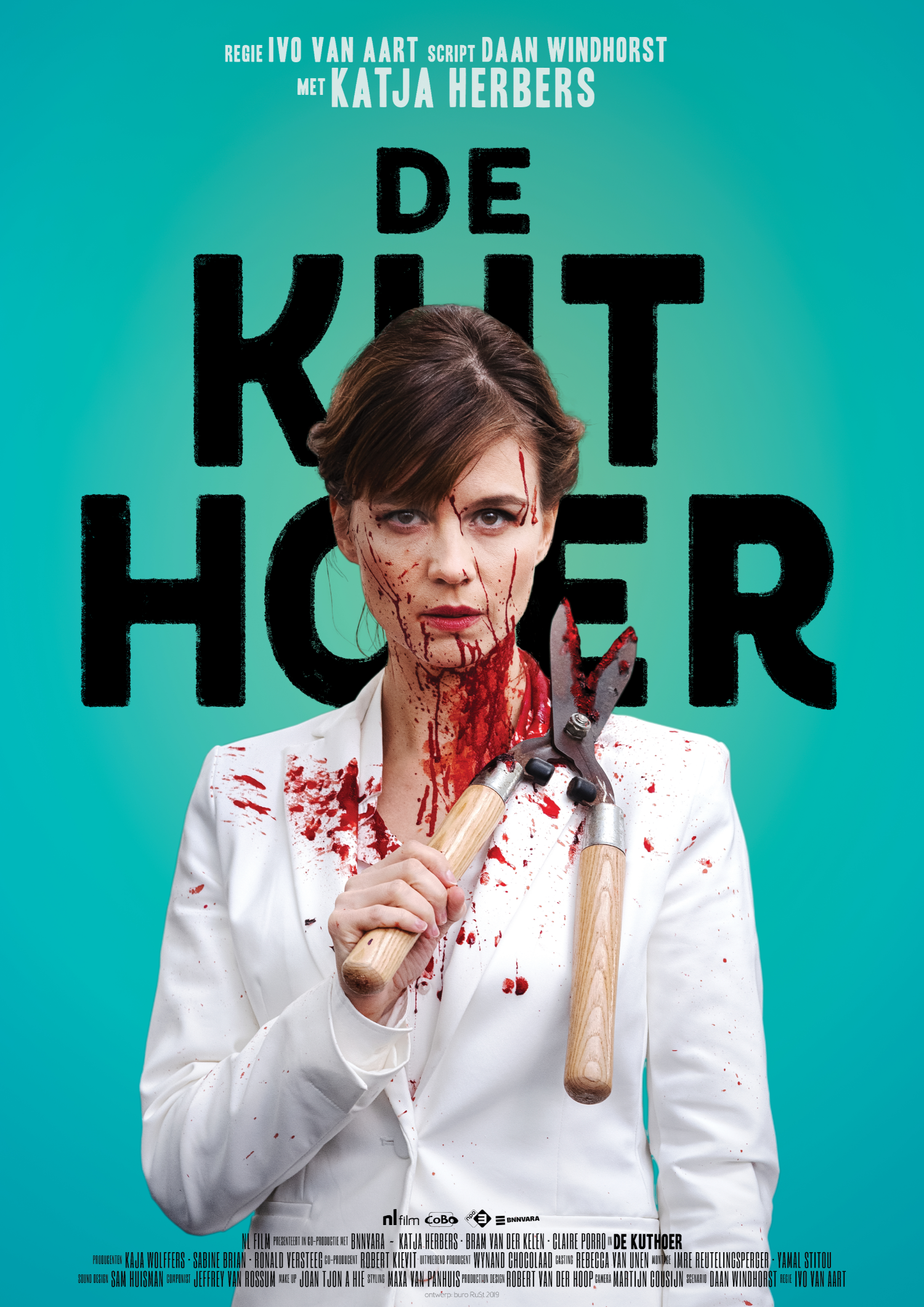 Set against the backdrop of a quintessential Dutch urban lifestyle (all bicycles and electric cars) director Ivo van Aart’s The Columnist is about a woman who is as obsessed by social media as she is repelled by it. But instead of taking her frustrations out via any of the usual methods (yoga is mentioned at one point), she decides to kill her demons by actually… killing her demons (by which we mean her internet trolls).

Femke Boot (Katja Herbers) is the titular character; an opinionated local celebrity who is being targeted by hate on social media platforms. Though she steadfastly states that everyone should be nice to each other, no matter their opinions, she only finds solace from her online tormentors by actually killing them. Only after is she able to be a better parent, partner and, in fact, writer – as she feverishly writes chapter after chapter of her new novel in her murderous afterglow.

A devilishly funny horror comedy, The Columnist is just as wonderfully contradictory as Femke herself – portraying brutal murders against a setting of beautiful, humdrum modern life. Femke murders with a disregard to the consequences, calmly chopping off the middle fingers of her victims, then overtly placing them neatly amongst the frozen peas in her kitchen. She and us are completely detached from the enormity of the actions that are taking place. Just as the online trolls are detached from their actions by being behind the safety of a computer screen… until Femke shows up at their kitchen table while they’re cooking sausages that is (“hello!” she cheerily says before brutally bludgeoning someone with their still-hot frying pan).

Femke can only be played by someone who is as obliviously charming as she is disarmingly cold. Femke could come across as annoying as she tumbles down a crazed path of self-righteousness, but in Herbers’ capable hands, you can’t help but root for her. The film doesn’t even allow the comfortability of hating the trolls themselves – at times they’re begging for their lives while Femke viciously murders them with glee and we’re right along there with her, chuckling at the normalcy of it all.

What could be a fairly standard revenge film is elevated far and beyond what is standard with Daan Windhorst’s script, which is a joy. It’s laugh-out-loud funny and as disarming as Femke herself (a conversation with Femke’s gothic horror writer boyfriend springs to mind as he readily admits that his mother paints his nails black for him – “another excuse to see her!” he happily adds).

With a wry, witty script, exceptional performances and a polished look, The Columnist is reminiscent of Mary Harron’s American Psycho… mixed with an episode of Midsummer Murders. It’s wonderful.

The Columnist was reviewed at Arrow Video’s FrightFest 2020.

In The Earth Review: Isolation horror
< Previous
Next >