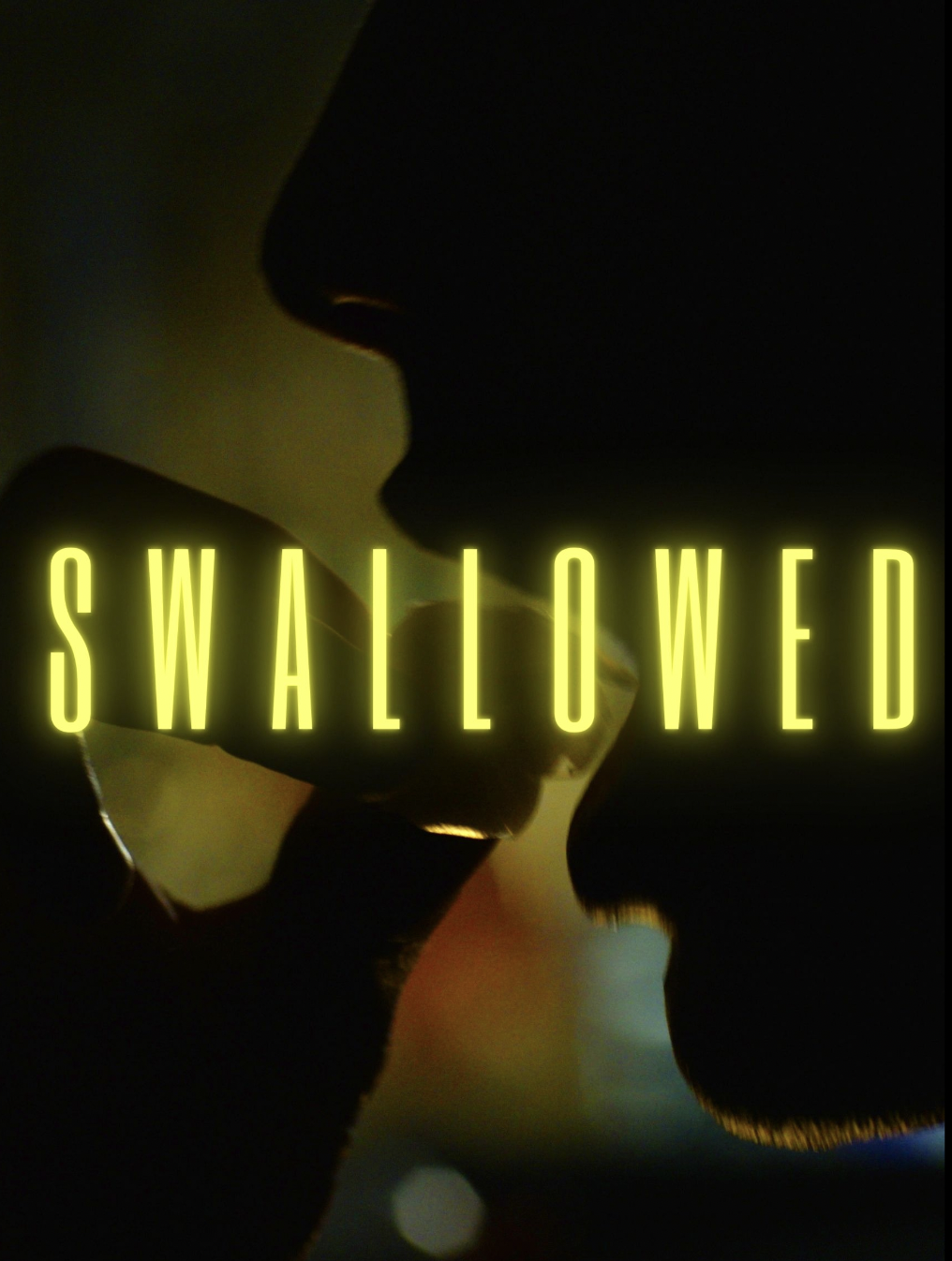 Swallowed is a film of mouth, cock and anus. Like writer/director Carter Smith’s previous Jamie Marks is Dead (2014), it is a genre piece with a queer element that is simultaneously foregrounded and sublimated. Its protagonist Benjamin (Cooper Koch, whose surname also seems a pun on the film’s events) is out and gay and proud, and about to head to LA for what he hopes will be a big-time career as a porn star. Yet it is a bittersweet time for him, as this departure also means leaving behind Dom (Jose Colon, again with a resonant surname) who, though supposedly straight, has a lot of unresolved longings for his best friend. The feeling is mutual, and over one last, long, messy night spent together, their suppressed desires will come to be realised in unexpected ways.

Dom has a dumb-assed scheme to raise some quick money as both going-away present and starter fund for Ben: to act as a drug mule for his cousin’s associate Alice (Jena Malone, in terrifying form). Way out of their depth, both men are forced at gunpoint to swallow some baggies, and given strict instructions to get across the border quickly and to maintain the temperature of the bags’ contents even when out of their system – and absolutely under no circumstances to let the baggies break. Scared but also excited by the transgression that their new partnership in crime represents, Ben and Dom come under attack in a restroom by a homophobic, self-loathing redneck (Michael Shawn Curtis), and inside Dom, one of the bags – along with Alice’s explicit taboo – is broken. Alice takes the pair – including a now trouser-less and ithyphallic Dom, soon to be in even more compromising positions – to a woodland hideout to get the rest of the baggies out, and to rendez-vous with the boss who scares her as much as she scares Ben and Dom. It seems clear that matters are headed for a very sticky end.

There are elements of creature feature and body horror to Swallowed, including some very peculiar model work by FX maestro Dan Martin, but they never really go anywhere, and for the most part this is a thriller about picturesque men in over their heads (and up to their elbows) with ruthless drug dealers who regard these mules’ orifices and cavities as little more than accommodating holes to be filled, abused and objectified. Gay icon Mark Patton (Jesse Welsh from 1985’s A Nightmare On Elm Street Part 2: Freddy’s Revenge) plays the villainous Rich whose leering gaze overtly affirms the pornographic potential in all that happens here (even the film’s title comes with an obvious sexual reading).

In a sense, everything in this intense drama is really just an amplification of the scenario outlined at the beginning, as Ben learns both to say goodbye to Dom, and to stand up for himself in what can be a predatory, exploitative industry that uses young men’s bodies before throwing them away.

The Innocents Review: A chilling and unflinching depiction of childhood
< Previous
Next >

The Innocents Review: A chilling and unflinching depiction of childhood