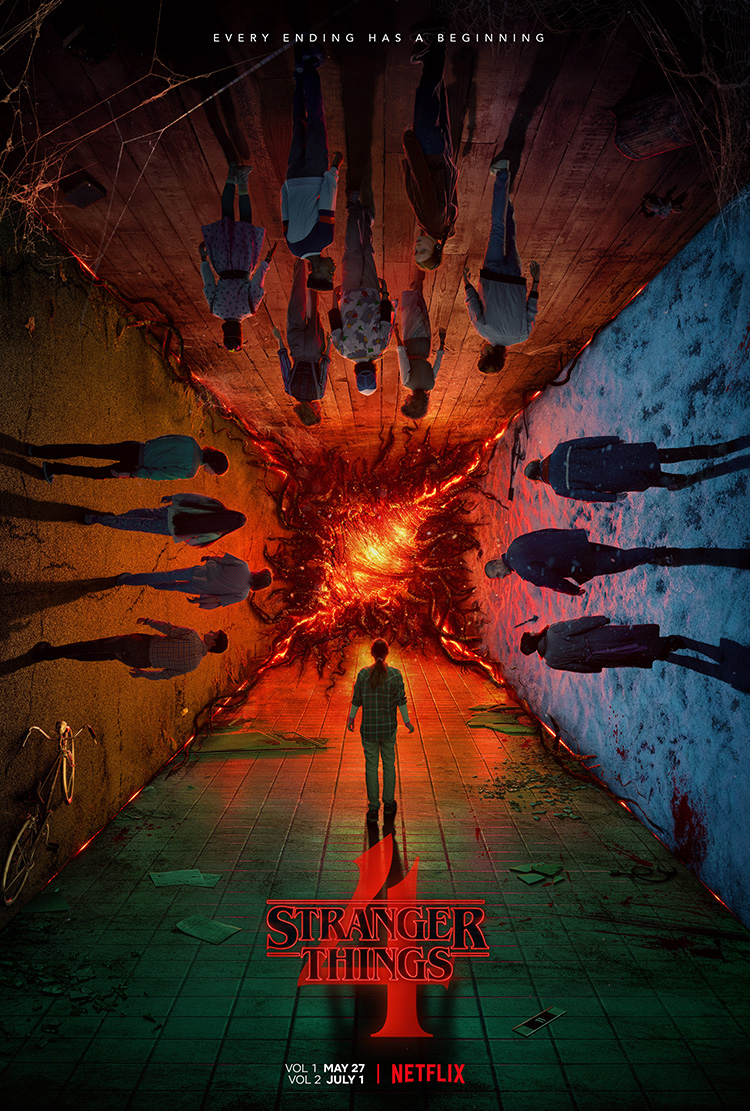 After the bright lights, fashion and colourful malls of Season Three comes a much darker feel for Stranger Things Series 4, which is in two parts (trust us, you’ll need the break).

The latest season sees our young heroes at a new stage of adolescence, and with the group broken after the battle of Starcourt in S3, puberty is hitting them hard in different ways.

In Hawkins, Max is becoming increasingly isolated after the death of her brother, while Lucas is heading the opposite way and making a transcendence into popularity by joining the school’s basketball club, much to the chagrin of Dusty and Mike (who themselves are trying to find a social circle via the Hellfire Club – a group of older students who play D&D).

Meanwhile, over in California, Eleven has been at the mercy of a group of bullies, Will is still struggling with the next stage of growing up and Jonathan is starting to realise his relationship with Nancy might not last much longer.

However, all adolescent dramas soon fall by the wayside when violent murders start occurring in Hawkins. And when we say violent, we mean it. We’re talking horrific hallucinations which lead to gruesome , bone-cracking deaths for young people in the town. Suspecting this is another leakover from the Upside Down, our group try to hunt down the monster after it decides to set its sight on one of them…

That’s not all. We haven’t even touched upon the fact that Eleven decides to become a superhero again, or the side plot involving Hopper, Joyce, and a dodgy secret prison in Russia.

If you think that’s a lot of plot, you’d be right. Which is probably why each episode of this first part of the series is so long (all over an hour) and it certainly does feel packed. Each episode takes on a movie-like feel, cramming in flashbacks, backstories, action, horror, romance and pretty much anything else it can find.

That means that, at times, the series can seem like a bit of a slog. Each episode feels like an event all in itself which, if you want to binge (and this really is a series you’ll want to binge), you may find yourself turning into your own version of a Demogorgon just trying to keep awake.

But oh boy is it worth it. Unlike perhaps the last season, Stranger Things 4 doesn’t feel like a platform to move the story on. It has a new, much darker, vibe of its own. Not only has our young cast grown up, but so too has the series, bringing along a richer story, a genuine sense of foreboding and a chance for the cast and its characters to develop further. All alongside an absolutely banging soundtrack of course.