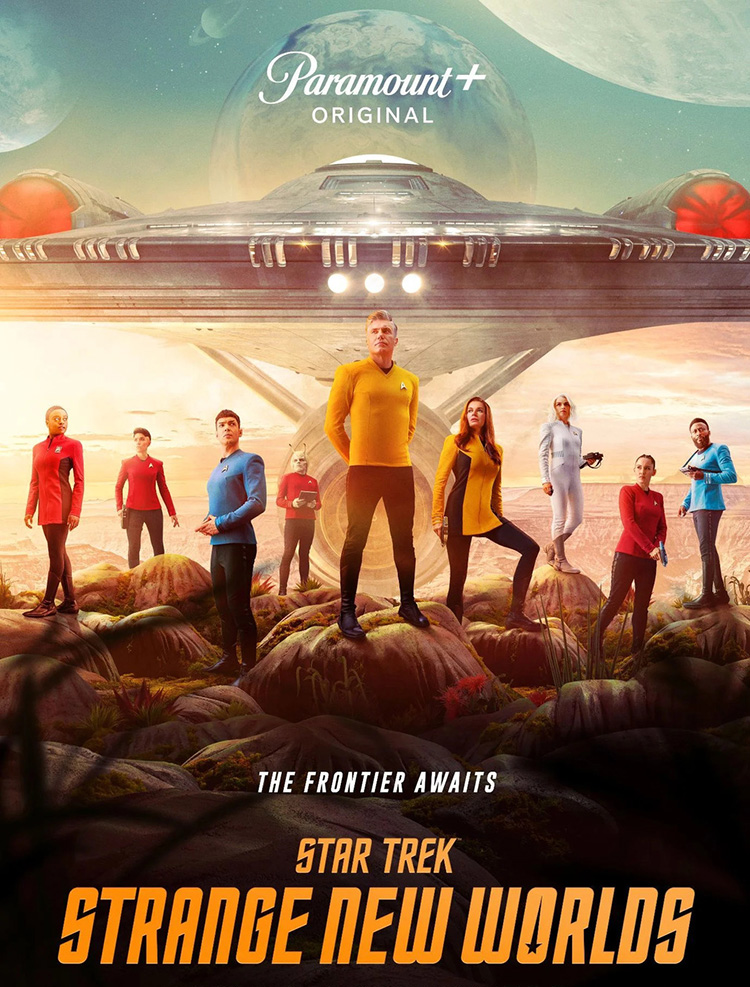 No thanks to a certain major global event, the latest addition to the Star Trek franchise, Star Trek: Strange New Worlds, has been more than three years in the making. Lockdowns brought production to a halt back in 2020, and when things were finally allowed to start back up again, the new crew of the USS Enterprise quickly grew accustomed to showing up, filming their scenes and going straight back home. But was it worth it?

Set during the decade before the events of The Original Series, Star Trek: Strange New Worlds strips back the layers to return to its origins with a series of episodic adventures. It also welcomes back a few faces fans of Discovery will be familiar with: Anson Mount leads the cast as Captain Pike, Rebecca Romijn returns as his first officer Una Chin-Riley, AKA Number One, and Ethan Peck shaves his eyebrows off once more as young Mr Spock. The crew is rounded off by a cast of old characters with brand new baby faces, as well as a few fresh recruits.

Star Trek has always had a penchant for the dramatic, but this series feels more subdued than usual. But, surprisingly, it works. The core trio (and their lovely chemistry) make for a strong initial pull, but the new additions are also charming enough to make you care from the get-go.

The adventure-of-the-week format offers an opportunity to get to know the crew without having to concentrate on elaborate, overarching plots. Even with the absence of said plots, Strange New Worlds still manages to bring the drama, as well as build on the mythos through delightful – though brief – exploration of the environments for which it was named.

Though Strange New Worlds doesn’t quite reach the heights of TOS (not original enough? Not camp enough? Who can say?), it still delivers a consistently good time, as well as that signature Star Trek sense of wonder and optimism we’ve been craving.

Star Trek: Strange New Worlds episodes 1-3 will be released on 22 June, then weekly every Wednesday on Paramount+.