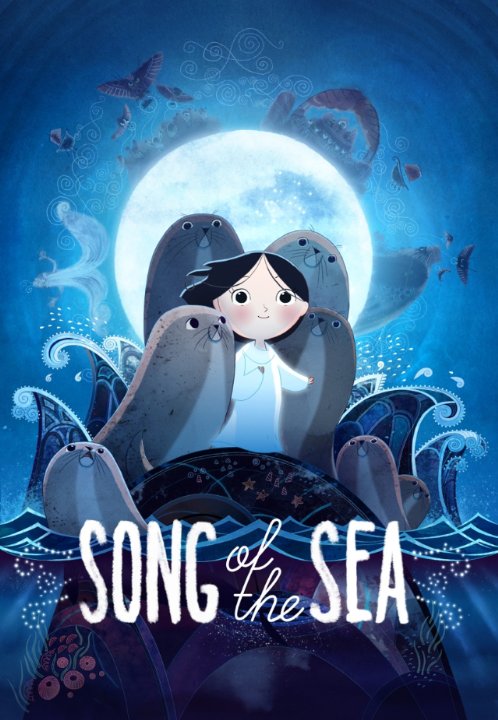 Illustrator and co-founder of Cartoon Saloon, Tomm Moore, delivers some more marvellously intricate hand-painted 2D animation in his second feature film after the Oscar-nominated The Secret Of Kells.

Moore’s original idea, which takes inspiration from the mythological Selkies – magical beings who are seals in the sea and become human on land – of Irish folklore, plays out on a visually imaginative palette that is bursting with Celtic imagery.

Just as Dorothy disappeared into her imagination in The Wizard Of Oz to deal with her fears, so too does Ben (David Rawle), who is forced to come to terms with the death of his mother and face the responsibility of looking after his younger sister Saoirse.

When granny comes to visit she decides it’s too dangerous for the children to continue to live in a lighthouse with their grieving father (Brendan Gleeson) and takes them to the city. Ben starts the long journey home on Halloween night, and grudgingly takes his sister with him.

Superbly realised sea-scapes generate both an immersive tranquillity and perilous playground that cannily sidles in the idea that the sea can be friend and foe. The gorgeously detailed and patterned background of forests and caves that the children toil through are infused with a sparkle of magic, which brings to mind the work of artist Paul Klee, and the unique cultural angle sets this film apart from so much other modern animation.

It also features stone trolls who inhabit an underground lair, with a door inscribed ‘Feic uf’ clearly marking out its Irish roots and adding a dash of humour for adults.

Moore imbues a warm sensibility and honesty to this fantasy adventure that doesn’t shy away from its serious themes, but doesn’t quite match the darkness of his previous feature.

Just like the young wayward travellers lose their way, this film gets a little lost too, but it finds its feet again with a bittersweet ending that delivers a commendable message about the importance of family.