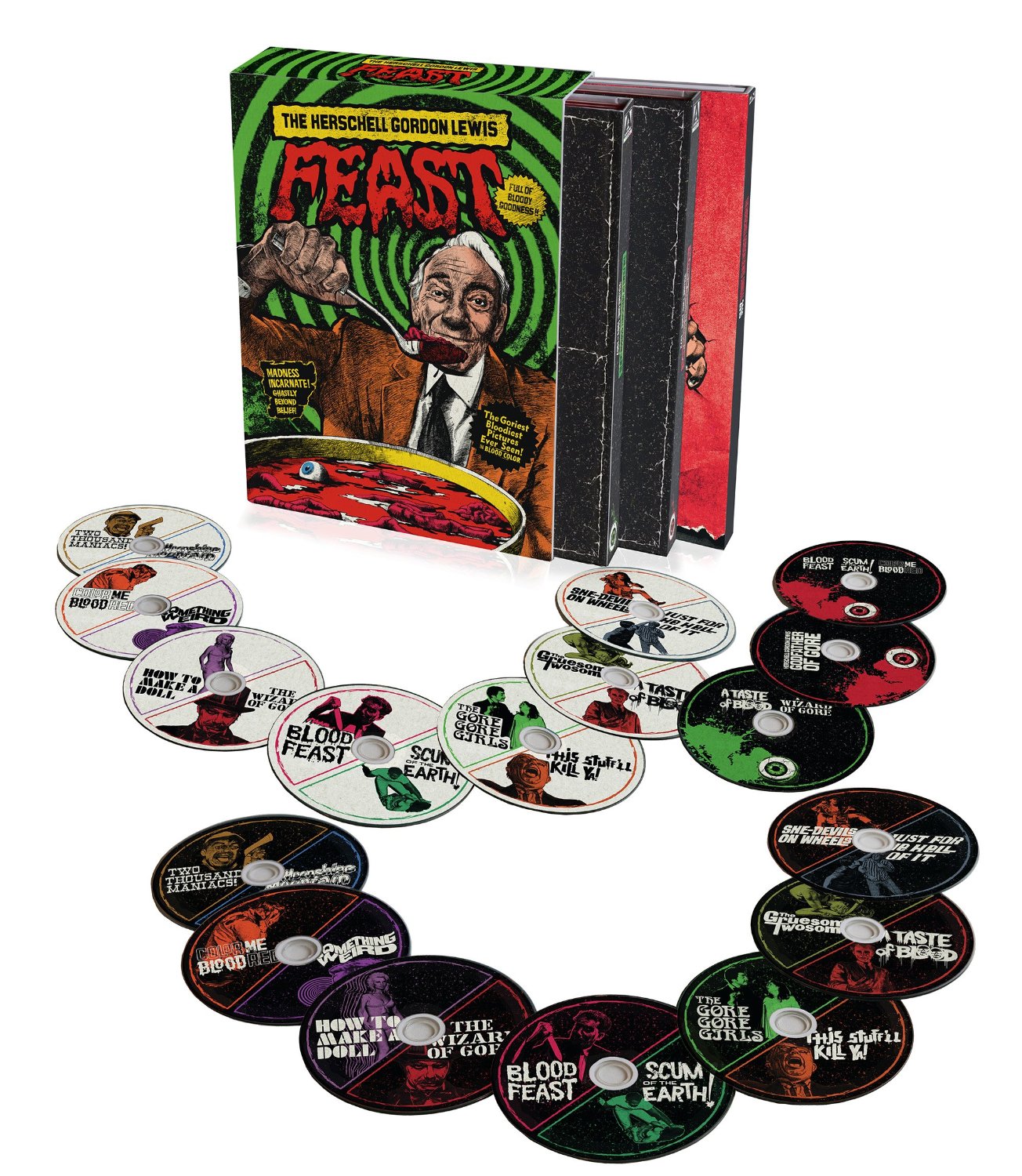 Herschell Gordon Lewis, the Godfather of Gore, passed away this year, and fans of his work will want to snap up this very handsome collection of his work from Arrow Video.

There are some pristine restorations, commentaries, featurettes, interviews with his contemporaries and acolytes and a fantastic documentary directed by splatter-horror favourite Frank Henenlotter that spans Lewis’ origins in softcore smut to his venerated position as the originator of the slasher movie and a trailblazer for independent filmmakers.

The box set packs in 14 movies, from Blood Feast to The Gore Gore Girls. You’ll find his best-known movies like 2000 Maniacs and The Wizard Of Gore, and curios like Something Weird, non-genre exploitation like Scum Of The Earth, and the ones that are difficult to discuss without grimacing, like The Gruesome Twosome. With the exception of his early nudie pictures and the two films he made in the Noughties, it’s basically all here.

As is pointed out in Henenlotter’s The Godfather Of Gore, talking about artistic merit in Lewis movies is missing the point. Lewis made films to make money, with gruesome shocks and titillation by using every game cast member and piece of sheep’s carcass at his disposal. This is not to dismiss his sly wit, and later films like   boast some disorientating dream-like sequences, but it’s all in service of the schlock. There are exceptions, but don’t expect good acting, great writing or exceptional filmmaking.

If you’re a fan of HGL, you need this box set. The brick-red blood, grinding guts and popped eyeballs have never looked better. If you’re new to his work then we’d suggest trying one first before shelling out on such a lavish collection.