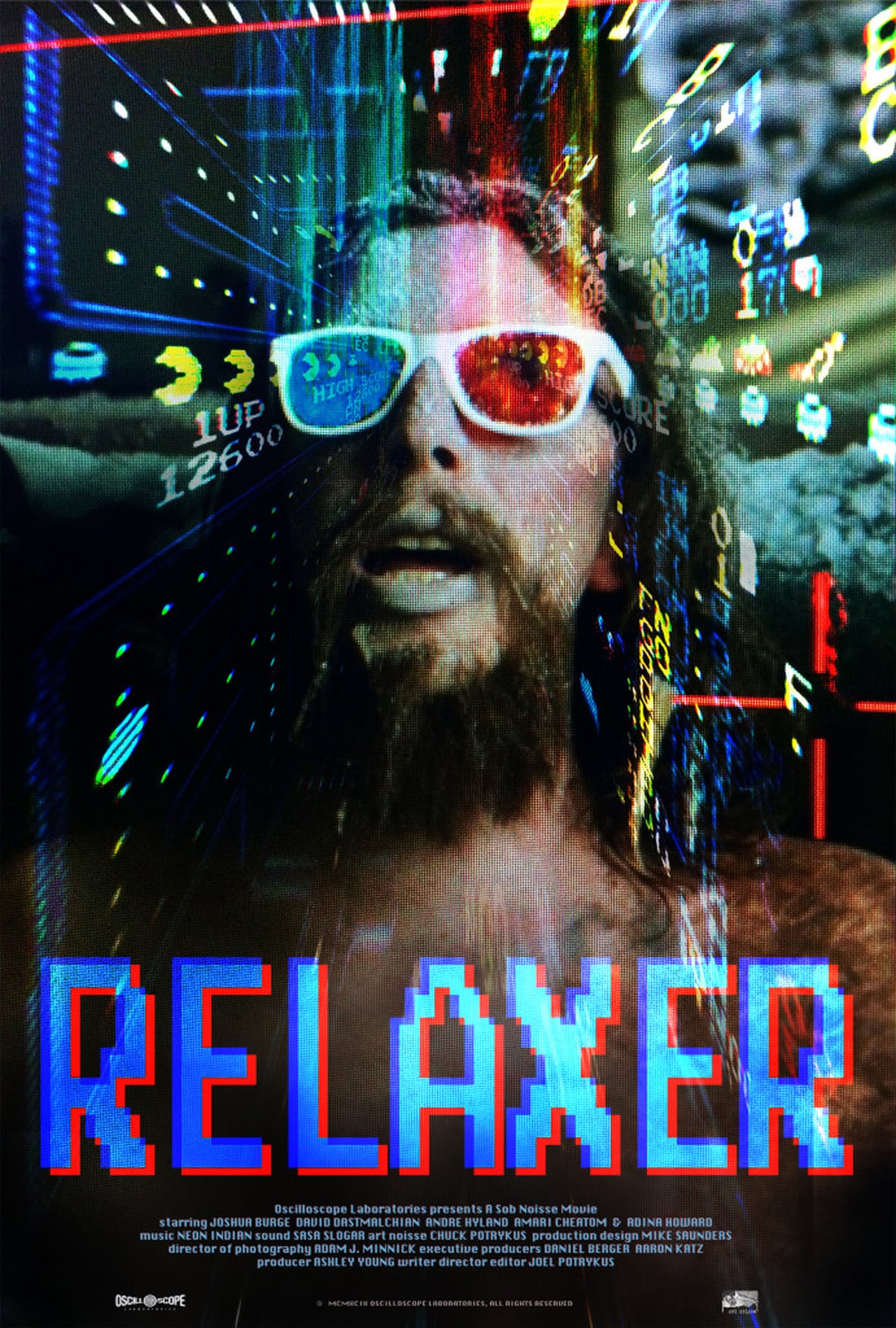 It takes tremendous skill to completely immerse a viewer in an environment and there is no question that, whether you like it or not, you’ll be locked into the world of Relaxer inside a couple of minutes. The latest film from writer-director Joel Potrykus (Buzzard, Ape) is entirely set in a single grubby apartment with long takes following the gruelling, gruesome “challenge” of its lead character.

That lead character is the downtrodden Abbie (Joshua Burge), sweaty and shirtless as he nears the end of one of many challenges given to him by his absurdly intense and unpleasant brother Cam (Ant-Man’s David Dastmalchian, having a tremendous time) involving drinking an entire jug of sour milk. It doesn’t go well.

With Cam heading off for an uncertain length of time, he gives his vomit-soaked sibling one final challenge: reach the mythical final level on Pac-Man without leaving the couch or face eviction.

What follows is a series of encounters with a variety of guests, from a Faygo cola-toting bro to a landlord set on bug-bombing the place, and Abbie’s increasingly desperate attempts to survive without standing up as the days stretch on. The world Potrykus creates is immersive, idiosyncratic and frequently hilarious, almost like a slacker Greasy Strangler. Fluids abound as Abbie is subjected to humiliation upon humiliation, and as he consistently favours staying on the foul sofa instead of helping himself, even putting his very survival in question (his attempts to catch rain water using a broken cup and a tripod are almost 127 Hours-esque), the film’s commentary on a generation’s self-sabotaging apathy becomes apparent.

As the deadline of Y2K looms, Relaxer begins to dance around the edges of genre. There are frequent references to the traumatic departure of Abbie’s father and, when he’s really pushed, our hero might actually possess some form of supernatural power. And still, as the film draws to its potentially apocalyptic conclusion, Abbie remains incapable or unwilling to peel himself free. There is sympathy there, however, made evident by an expository scene late in the film and Burge’s ability to make Abbie childlike in his haplessness even as he endures a parade of indignities.

There’s a lightness and absurdity to the whole film which keeps it from becoming insufferable (although we would definitely suggest not eating before or during) and this is so much more than a gross-out curio. It isn’t a trip that everyone will want to take, but Relaxer is a bold, surprisingly meditative and unforgettable midnight movie.