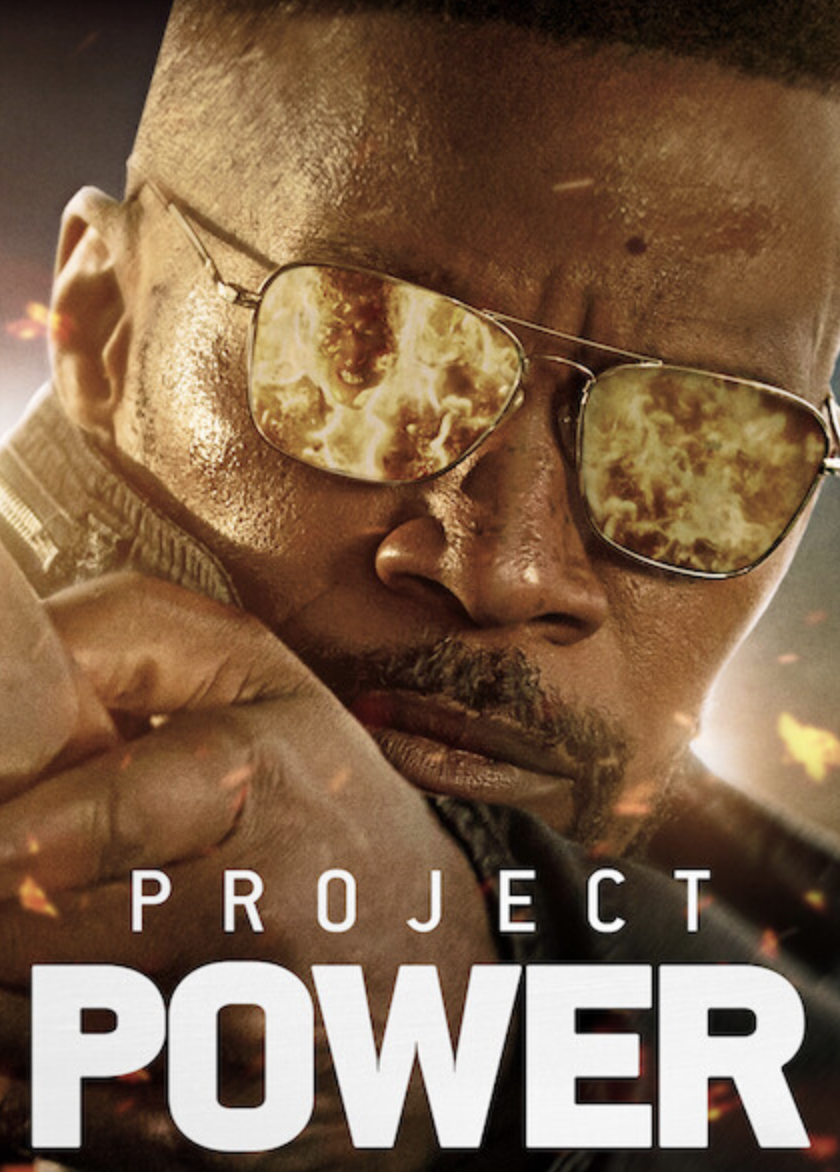 Superhero movies without the archetypal ‘hero’ figure can sometimes be rough waters to navigate for storytellers. 2009’s Push was one of the earlier attempts at trying to offer a grounded interpretation of the genre and kick start a new franchise, but it ultimately didn’t have a fully rounded story to back it up.

Thankfully, Project Power avoids this pitfall, not only with an investing plot and characters, but within its thought-provoking concept – where DNA-based superpowers can be obtained through taking a drug. The catch is you’ll only have them for five minutes, and you won’t know what type of superpower you’ll gain until you’ve taken it (invisibility, bullet-proof skin, etc) – and in some other cases, it produces deadly results.

We’re introduced to Art (Jamie Fox), a former soldier with a shady history, that’s willing to do whatever it takes and fight his way through the underground of New Orleans to get to those that are distributing the superpowered drug. To do so, he’ll have to team up with teen Robin (Dominique Fishback), and New Orleans cop Frank (Joseph Gordon-Levitt).

As expected, Foxx puts in an ever-reliable performance, as we see his hardened edges begin to soften as he forms a relationship with aspiring rapper Robin, displaying some great onscreen chemistry between the two. Rather than having her screen time overshadowed by her experienced co-stars’ presence, Fishback more than holds her own and certainly looks set to have a strong career ahead based on this showing. Of the three leading protagonists, Gordon-Levitt is the one that’s clearly having the most fun in his role as the charismatic cop (imagine his character detective John Blake from The Dark Knight Rises but with the shackles off!).

Co-directors Henry Joost and Ariel Schulman stylishly bring this shady world to life, with gritty visuals and dashing cinematography. The hard-hitting action sequences on display are as slick as they are exciting to watch unfold (one to highlight is the awesome singular shot frozen chamber sequence).

A superb stylistic choice is the use of New Orleans, with it not only complementing the story but enhancing it; fully relishing in its cultured African American roots and bringing a vast sense of vibrancy to proceedings.

Overall, for anyone feeling a bit of superhero fatigue and seeking something fresher and intriguing, Project Power is the perfect remedy – setting the bar not only in terms of the genre, but in any of Netflix’s best original content.

Project Power is out now on Netflix.