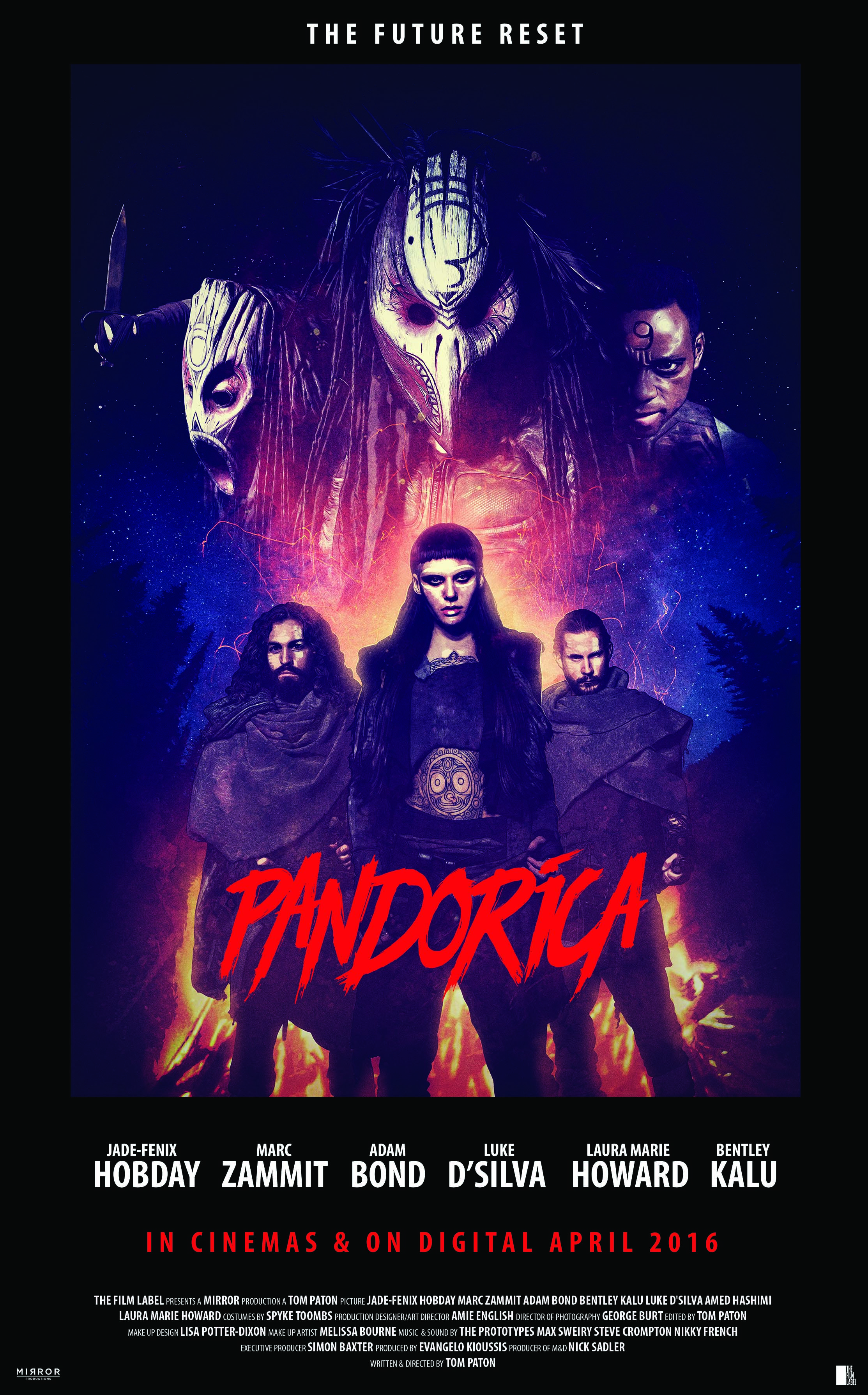 A trio of people in a post-apocalyptic do whatever it takes to survive.

Some films wear their micro budget on their sleeve while at the same time reaching for the sky. Not that there’s anything wrong with this, but they should at the very least give the impression that aspiring to something bigger is a realistic possibility. Sadly, in Pandorica, you never get the impression of this being anything other than what it is: a shoestring-shot post-apocalyptic shocker.

Part of the reason for this is the lack of imagination involved: the premise is a thinly veiled one, taking place in a not-so-nice future where humanity has regressed into a tribal society, and the youngest are forced to go on some sort of journey masquerading as a rite of passage aimed at choosing their future leader.

Inevitably, complications arrive, and the group of youngsters are left in a desperate struggle to survive while unsuccessfully trying to overcome the differences in outlook between them.

In a film lacking budget or effects strong performances are paramount, but sadly there are none to be had. Young leads Jade Hobday, Marc Zammit and Adam Bond are all pretty wooden, leaving us with little to really latch on, nor any reason to empathise with them. Being the sole women, Hobday’s Eiren is inevitably the target of the most scorn, and therefore the apparent target of the audience’s sympathy, but she herself never really displays any signs of inward struggle or any other reason why we should take her side, other than being slightly put upon.

Everything’s stylishly shot by director Tom Paton, but the lack of anything beyond this gives us few reasons to actually care about what’s going on. A late appearance from Bentley Kalu (Avengers: Age Of Ultron) is a highlight, but it’s not really enough to elevate Pandorica, which fails to escape the impression that it’s been shot entirely in the woods behind someone’s house.

So in other words, if you’re looking for the next low-budget hit then you will end up disappointed, as Pandorica isn’t it.