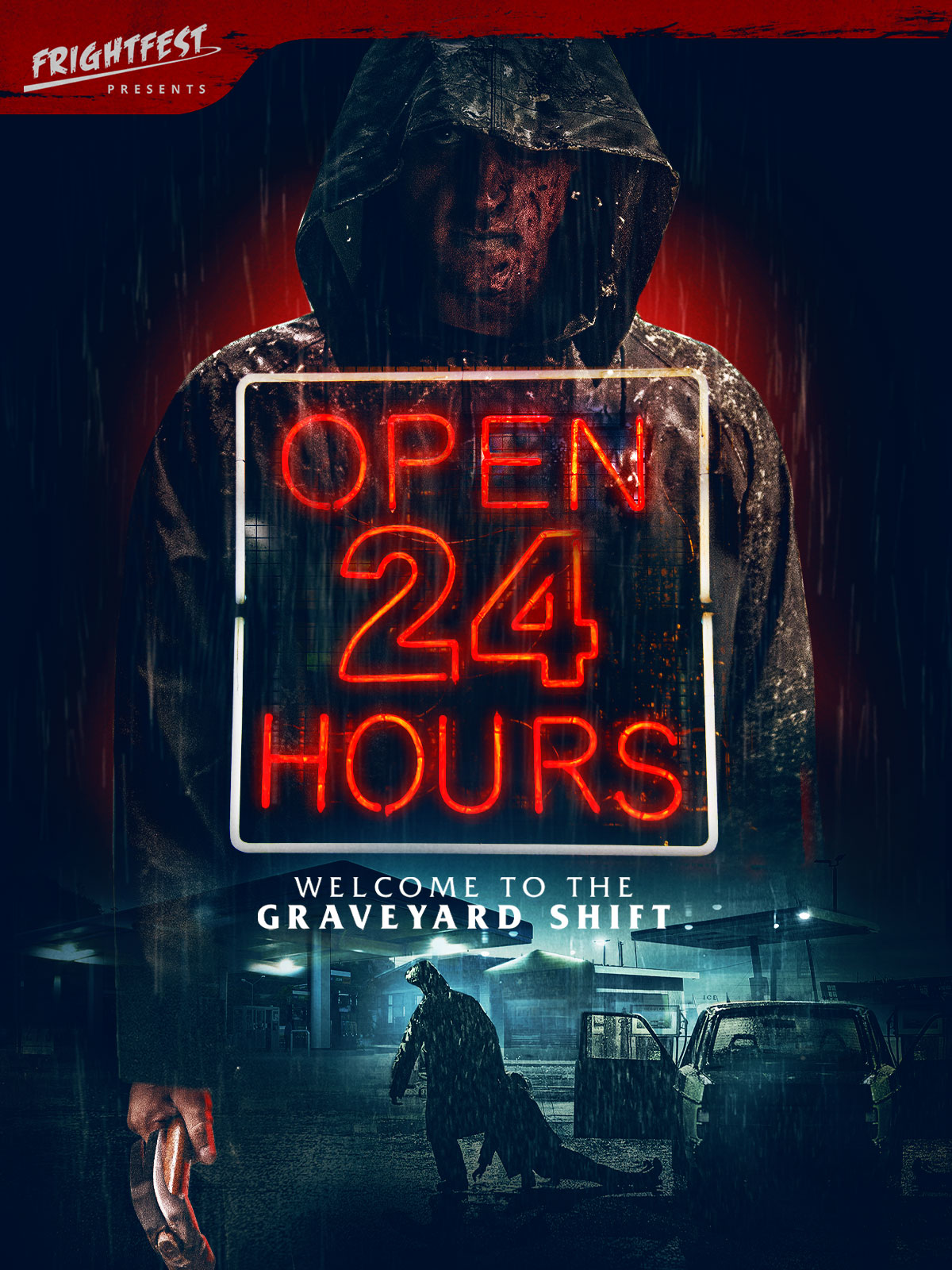 Mary (Vanessa Grasse) is filling in her job application when she reluctantly ticks the ‘yes’ box under ‘have you ever committed a felony?’ When she’s interviewed and asked about it, she reveals she did time in prison after setting her ex-boyfriend James (Cole Vigue) on fire. The interviewer then candidly asks: “Did he deserve it?” Yep, he most certainly did.

We soon learn that Mary is regarded as an outcast by her community, after forcibly being made to watch her ex, James (who’s chargrilled to a crisp but still very much alive and in prison), commit countless murders. However, she ultimately never turned him in due to fear of what he would do to her family (though this never really struck us of as much of a moral dilemma as implied!).

Nevertheless, Mary scores the job but upon starting her first graveyard shift at the gas station in the middle of arse-end of nowhere, Mary is plagued by paranoid hallucination. Soon the lines between them and reality blur, and she suspects James has somehow escaped prison and tracked her down…

The focus on trauma and mental health, combined with Grasse’s handling of the whole ordeal, is where Open 24 Hours is at its best. It’s shame, however, that this plot thread is never fully played out to its full potential. There’s more than enough here in terms of gore (although it could have benefited from the CG being dialled down a notch) which should, overall, keep lovers of the sub-genre entertained.

There’s also a bizarre omission of any background around how Mary and her serial killer ex James ended up together; for all that we’re aware he’s always been this no-personality weirdo turned psychopath from the get-go? Additionally, the plot takes a nosedive by the hour mark, combining bizarre decision-making from its characters and a predictable finale, with an additional double plot-twist that is so baffling it’s a wonder as to why it was ever included…

Despite a solid central performance from Grasse and some watchable gore-soaked sequences, Open 24 Hours buckles under the weight of trying to subvert expectations, resulting in a relatively by-the-numbers slasher flick.