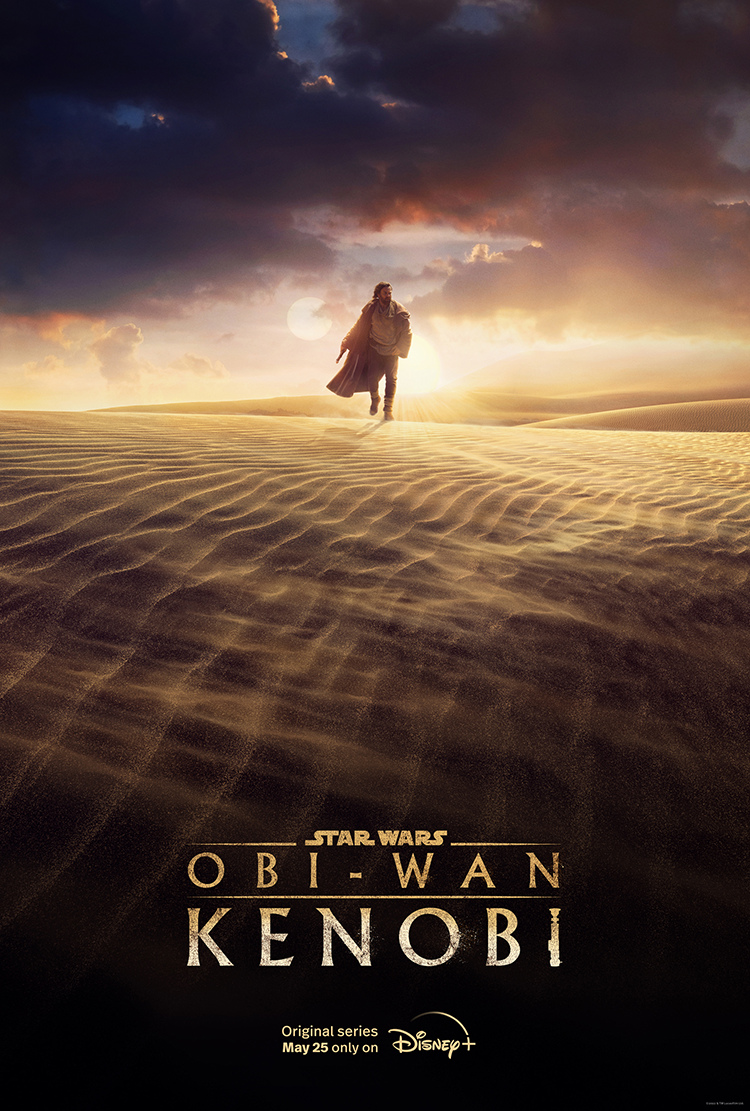 Given the lengthy gestation of Disney+’s third Star Wars series (it was first announced three years ago, but had been incubating long before that), it’s staggering how many surprises Obi-Wan Kenobi manages to throw up in its first two episodes.

We knew that ten-year-old Luke would be making an appearance but who would have guessed that Leia would end up being a more prominent character in these opening salvos? In fact, so far we’ve seen more of Bail and Breha Organa and the lush greenery of Alderaan than we have Owen, Beru and that iconic homestead on Tatooine. And that these first episodes pack in three different planets already gives Obi-Wan Kenobi a more expansive, cinematic finish than The Book Of Boba Fett ever managed.

This is a big story, told on a vast canvas and, more than Boba Fett, more than The Mandalorian, this absolutely feels like cinema Star Wars. Deborah Chow’s visual nous (check out the shot of the spaceship’s shadow flying over Tatooine) and galloping sense of pace absolutely puts her in the front line to direct a bona fide big-screen Star Wars flick.

For all the fresh names behind the camera (it’s showrunner Joby Harold’s first time in the Star Wars sandbox) there are plenty of familiar names and faces in front of it. While it’s a mystery as to why they haven’t greyed up Ewan McGregor’s locks to connect that Revenge Of The Sith-era Obi-Wan to A New Hope’s, this is a very different character to the one we last met 17 years ago.

Maybe it’s no surprise that they’ve styled him similarly to Luke Skywalker in The Last Jedi. Episode one finds Obi-Wan in very much the same place as Rey found Luke at the end of The Force Awakens – resigned to a life away from the Force, content to let the memory of the Jedi die. Thankfully, it takes Bail Organa slightly less time to rouse Obi-Wan back than it did Rey in The Last Jedi.

It’s not just the familiar faces (Obi-Wan, Ben, Beru, Bail Organa, a fleeting glimpse of C-3PO) that make this feel like legit Star Wars. It’s only when the Inquisitors fire up those lightsabers that you realise how integral those weapons are, in look and sound, to the Star Wars brand and how they’ve been missed in the other two Disney+ shows.

There’s also a surprising brutality to the series that sits alongside the humour. Of course, showing the Inquisitors slice a woman’s hand off and string a Jedi up in the street isn’t any more savage than Obi-Wan lightsabering that creature’s arm off in A New Hope, but it’s good to know that its makers understand that’s it the dark as well as the light that makes Star Wars Star Wars.

McGregor heads up a first-class cast. Moses Ingram is fantastically ruthless as the ‘Third Sister’, while Kumail Nanjiani is scene-stealingly funny as the hustling faux-Jedi Haja Estree. Also impressive is Vivien Lyra Blair as the ickle Princess Leia, who might well be being groomed to become this series’ Grogu, with Obi-Wan as her Mando.

Two episodes in, however, and we’ve only caught a glimpse of her twin brother and – in episode two’s final moments – her biological dad. The first reveal of Hayden Christensen’s horrifically scarred face is a killer cliffhanger and next week can’t arrive soon enough.

Obi-Wan Kenobi is out now on Disney+. Read our interview with showrunner Deborah Chow here.