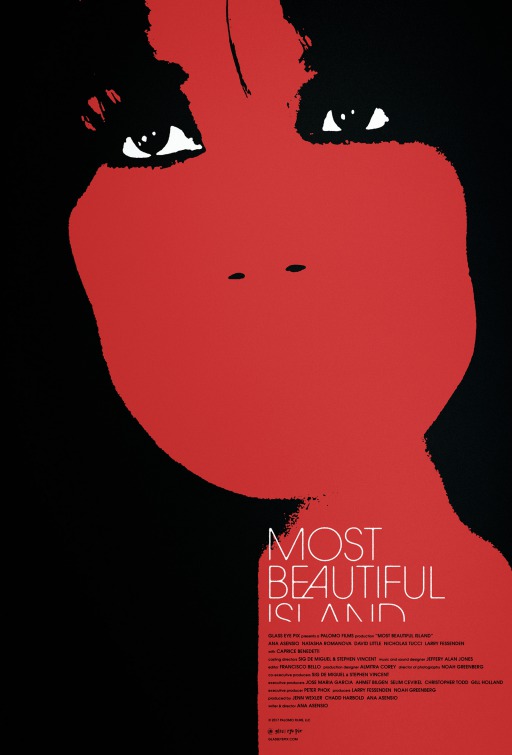 Karyn Kusama delivers one of the most unsettling yet low-key horror movies of recent memory.

If you’re watching Ana Asensio’s Most Beautiful Island in a crowded cinema, there will come a point when you’ll be able to feel the tension in the room. There’s a question that the first-time director will make you ask before withholding the answer, and as the minutes tick by, the sense of not knowing, of needing to know will become unbearable.

It’s very difficult to talk about Asensio’s excellent and highly accomplished debut without ruining the film entirely, but it’s so exciting to see a film with such a firm grip on its audience’s collective throat.

In addition to writing and directing, she also stars as Luciana, a Spanish immigrant living in New York who’s doing her best to move on from a terrible tragedy at home. She owes rent, she can’t afford to see the doctor, she works several part time jobs and the kids she nannies are monstrous spoiled brats. So when her friend Olga (Natasha Romanova) suggests that Luciana take her place at a lucrative gig where all she’s required to do is look pretty, she jumps at the opportunity.

Asensio is canny enough to know that we know that something’s up from the off, but she is resolute in moving things along at her own pace. For the first half of the film, Most Beautiful Island feels like a grounded, true to life immigration story with earthy colours and hand-held camera work. It even claims to be based on a true story with its title card.

But there’s a reason why it’s been classified as a horror film. We won’t go into specifics but already the movie has been read in several different ways. It’s very difficult not to interpret as a commentary on the struggle of people coming to America and the system’s savage, uncaring treatment of them, and it also works as a story about the treatment of women. Genre fans should also note the presence of Larry Fessenden both as an actor and producer, and this is yet another example of “If Fessenden’s in it, it’s going to be good.” But most importantly, it’s an incredibly tense, stylish and well-acted thriller that will stay with you, and which marks Asensio as a filmmaker to watch.