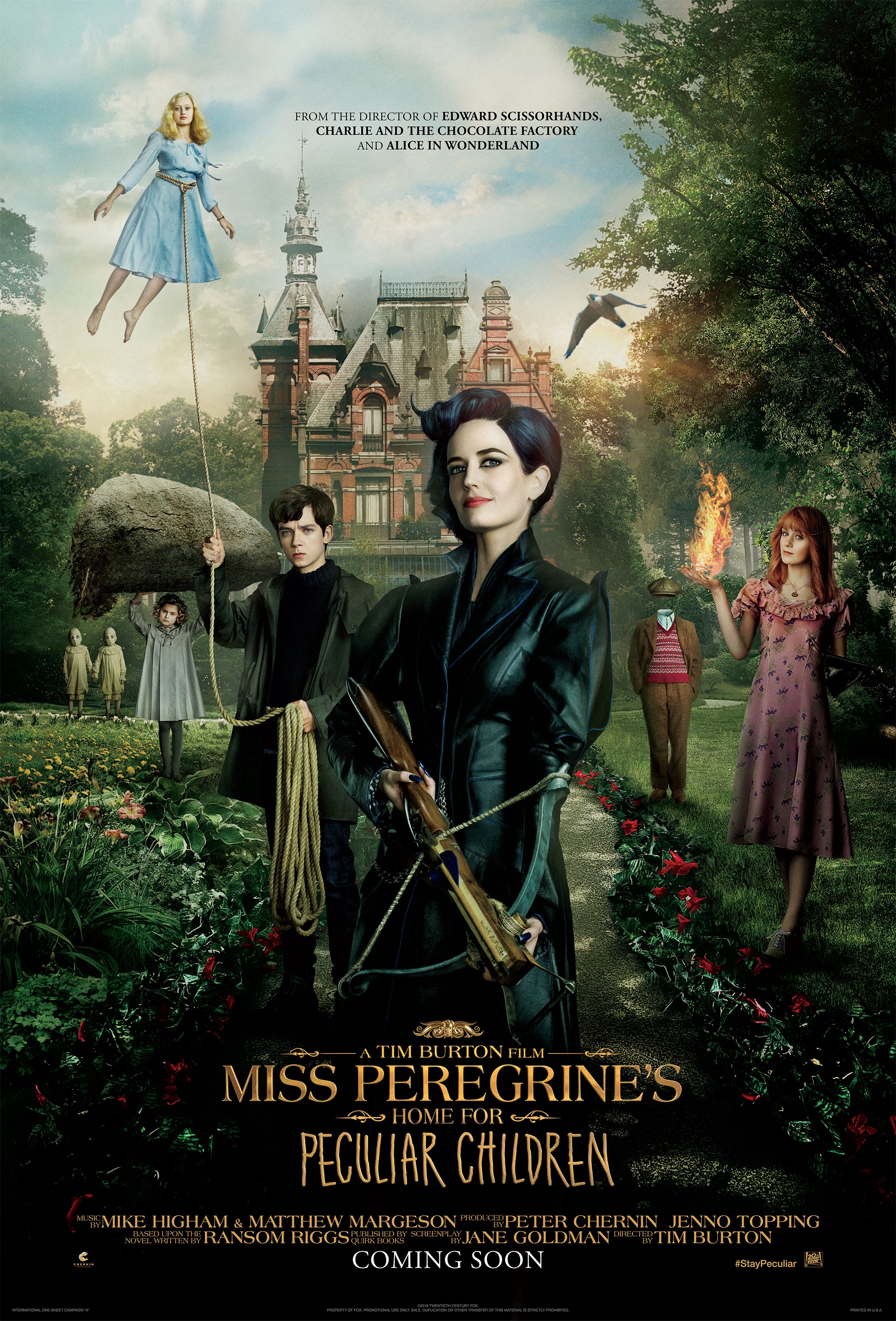 A young boy who can see the dead must save the town in Laika’s brilliant zombie movie.

Tim Burton seems like the perfect choice for the film adaptation of Ransom Riggs’ delightful novel, but giving Burton material that he should be a perfect fit for doesn’t always work out. Alice In Wonderland, Charlie And The Chocolate Factory – he’s got form when it comes to disappointingly anodyne adaptations of rich source material. The question of which Burton will show up is a big one for fans of the novel, and, frustratingly, we get glimpses of both here.

When Miss Peregrine’s Home For Peculiar Children comes to life, it’s great: weird, dark, scary, and all about embracing what makes you special and unique, with a wonderful performance from Eva Green. But it’s often strangely plodding, strapping on lead boots when it should be soaring.

American teen Jake (Asa Butterfield) grew up listening his grandfather Abe’s (Terence Stamp) amazing stories about a refuge for children who were special. After the old man’s death, Jake discovers that Miss Peregrine and her home are real, and convinces his disinterested father (Chris O’Dowd) to take him to the remote Welsh island Abe told him about.

The home was bombed to ruins during World War II, but when Jake investigates, he discovers that Miss Peregrine (Green) and her charges are alive and well, kept safe inside a time loop that continually replays the day before destruction. They live in safety and harmony, but there’s something evil coming.

After a lovely sepia opening credit sequence, there’s a needle-jump as the film begins in boring suburban Florida. Of course, Burton needs to create contrast, but the film takes too long to get things moving, and this dull, oppressive atmosphere is a little too convincing. The first half hour is a slog that even actors like O’Dowd and Allison Janney can’t enliven.

Thankfully, the film perks up, and when we’re in the company of Miss Peregrine and her charges, it’s easier to overlook things like the ludicrous amount of exposition (no one wants to explain things to Jake, but they do it a lot), or some of the clunkier dialogue, which Butterfield struggles with in the first half. He improves greatly once the stakes are raised, and he’s helped by the excellent supporting cast.

It’s great to see Green having this much fun as Miss P, who’s warm, eccentric, quick to grin, but deadly serious about protecting her charges, while Samuel L Jackson is on top form as the horrifying Mr Barron, a shape-shifting monster who feasts on the eyeballs of Peculiars.

We should also note that all of the Peculiars are excellent. So good, in fact, that it’s actually kind of a problem; they’re missed when they’re not there. Ella Purnell’s lighter-than-air Emma, Pixie Davies’ super-strong Bronwyn and Final McMillan’s grumpy re-animator Enoch stand out, with the latter delivering some of the film’s best set-pieces as he brings his nightmarish creations to life.

Speaking of nightmarish, the script nods heavily towards the Nazi persecution allegory, with the gifted children hunted to extinction by an experimenting monster, and there is a real sense of threat whenever these Hollows are around. It’s definitely a family film, but it’s nice to see that Burton still understands that younger audiences like a good scare as much as we do, and the final showdown is a nice blend of creepiness and action.

Given what the film could have been, this feels like a bit of a missed opportunity, but there are some wonderful visual flourishes, incredible costume designs, some genuinely affecting relationships, and when it all comes together, this is an easy film to like. It’s just a shame that it merits such an ordinary sentiment as ‘likeable’.