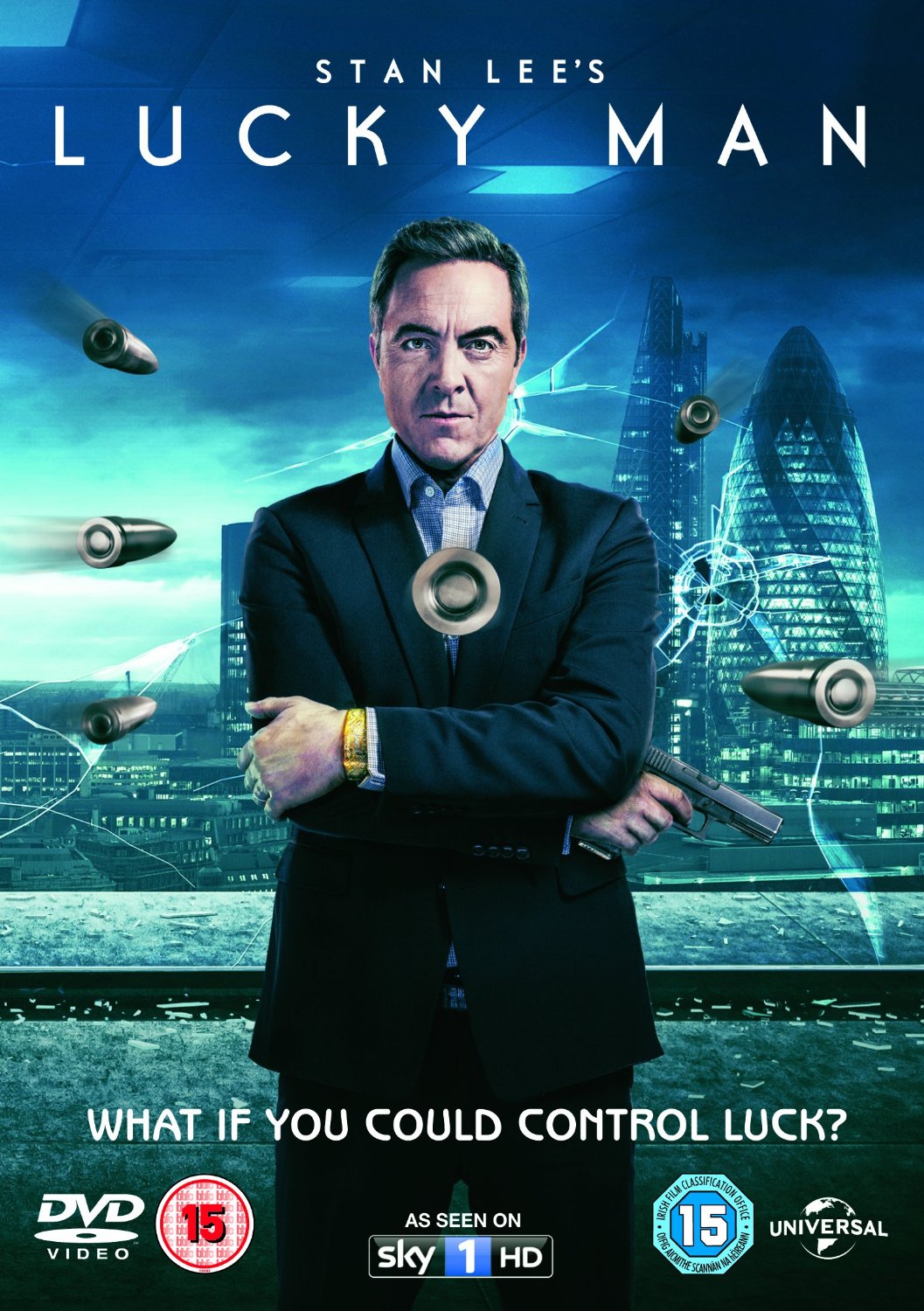 Surely it’s impossible not to be impressed by Stan Lee. Even after all this time and all the iconic characters he’s had a hand in creating, he’s still trying new things, with Lucky Man representing his latest project. It follows the trials of down-on-his-luck everyman Harry Clayton (James Nesbitt) as his life is transformed by a mysterious luck-endowing bracelet.

Beyond the premise, the Stan Lee traits seem to grind to a halt. While his heroes are largely selfless and righteous, Harry is a flawed individual: not a bad guy by any means, but his problems are as much of his own doing as they are a by-product of misfortune.

Moreover, this doesn’t exactly feel like it has the fingerprints of a comic-book legend all over it. While you get the impression that a budding superhero would have immediately gone out on a spending spree that he’d have later expressed regret for in an Uncle Ben-esque outpouring of grief, here Harry instead uses it to aid his investigations into a series of crimes, aided by his protégé Suri (Amara Karan) and disapproving boss Winter (Steven Mackintosh).

Beyond the description, Lucky Man struggles to find a real identity for itself, juggling various subplots while it decides what kind of show it wants to be. Harry’s attempts to discover the truth behind the bracelet regularly gets sidetracked by the crime-of-the-week filler that’s going on, and Sienna Guillory’s mysterious Eve skips in and out of the plot. Sure, she’s meant to be enigmatic, but it would have been nice to have some sort of handle on her for narrative’s sake. In short, less is more would have been much better approach.

For all its faults though, Lucky Man definitely isn’t predictable, and its characters far more complex than is usually the case in your average crime dramas. The standout is obviously Nesbitt, who elevates proceedings by virtue of simply being there, and Mackintosh and Karan are similarly excellent value. Also worth mentioning is the cinematography – for the first time in a while, the London skyline is put to good use, giving the capital the on-screen gravitas that such a glorious backdrop deserves.

So Lucky Man has its faults, but not for want of ambition. If a second series is confirmed then we look forward to seeing where it’s headed.