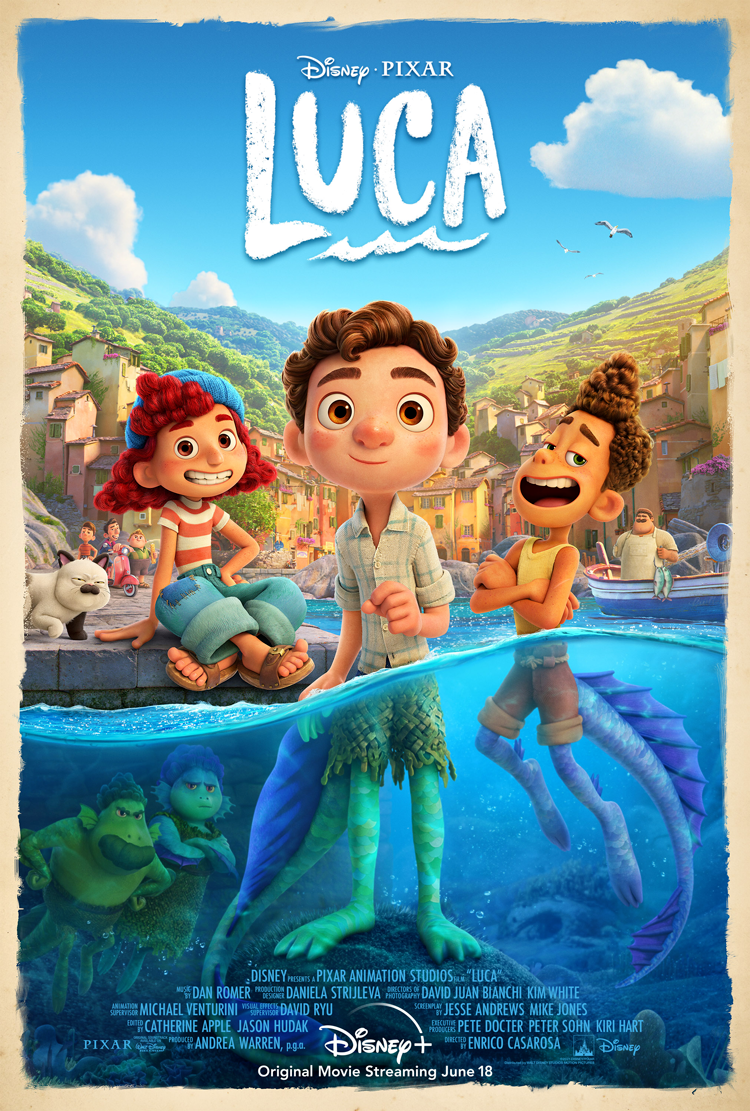 You can't get a much better fish out of water tale than that of Ariel, Sebastian and co.

What if sea monsters were able to visit dry land and disguise themselves as humans to live among us? The residents of Portorosso, a town on the Italian Riviera, certainly believe this is true and, well, they’re absolutely right!

One such sea monster, Luca (Jacob Tremblay), has recently discovered that if he swims up to the surface world and dries off, he’s transformed to look like a human and, it turns out, humans have really cool things. Like Vespas. Yes, as soon as young Luca lays his (now not so bulging) eyes on the legendary Italian scooter he becomes obsessed. Soon, he and his new pal Alberto (Jack Dylan Grazer), find themselves day dreaming about the two-wheeled icon and even creating their own DIY version. When they find out that a thing called ‘money’ can get you a Vespa, the two join forces with an unsuspecting human girl Giulia (Emma Berman) to take part in a race that comes with a monetary first-place prize.

Like the Vespa, there’s no denying that Luca has a lot of quaint charm and a penchant to remind audiences of a simpler time. It’s also absolutely gorgeous. Portorosso (a lovely nod to Studio Ghibli’s own Italian tale, Porco Rosso), which is based on Genoa in the Italian riviera, is stunning. The film’s colour palette is rich and director Enrico Casarosa uses it to its full potential, generously painting his canvas with detailed backdrops and dreamy, imaginative sequences.

However, also like the Vespa (yes, we’re keeping this analogy going) the film simply pootles along without any real heft. There are no real dangers or story arcs. No nefarious contract to sign via a sea witch to give up your voice and chase your one true love. There is a hint of something bigger, with all three young characters feeling like they don’t quite fit in, but it isn’t given the emotional weight that we come to expect from a Pixar film.

Also, other than a few quirky characters (Giulia’s hulking one-armed fisherman dad, Massimo and his cat are definitely two, so is Luca’s uncle Ugo, the maniacal sea creature from the deepest depths of the ocean) that give a smattering of laughs, the comedy isn’t quite there either.

Like one of those summer holidays that you remember fondly but not with any great detail, Luca will happily sit in your mind as a pleasant experience, albeit not one that you’ll think about too often.