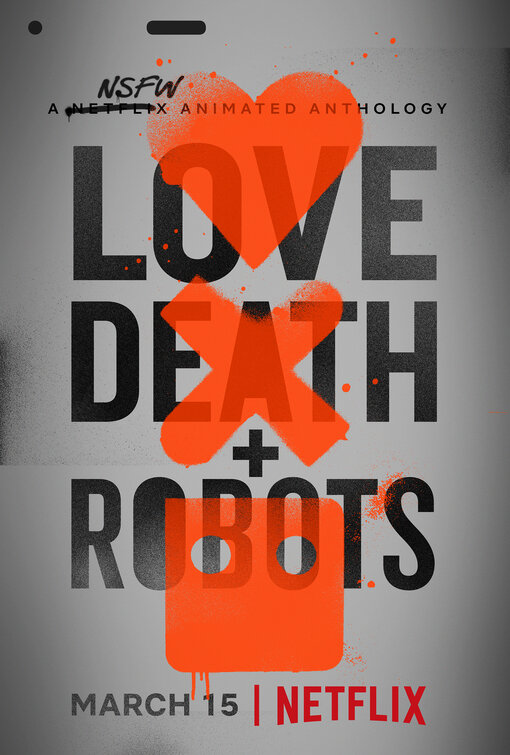 This anthology is better than both of the live action Matrix sequels, and stands the test of time.

Netflix has scored big over the years with their adult animations, so it’s no surprise to see them dip their toes into sci-fi animation. Love, Death & Robots is an anthology series of short films, varying in length from six minutes to 17 minutes. The content of the short films skip across the sci-fi genre, covering everything from the expected spaceships and monsters to slightly more out-there takes on megalomaniacal yoghurt and ghost fish, and the quality varies as wildly as the content.

Don’t get us wrong, the animation is beautiful throughout, whether it’s photo-real motion-captured CG, traditional 2D animation, or something in between. Each film is rendered in exquisite detail – you won’t find any shoddy rush-jobs here. You will, however, find some films that feel like little more than extended video game cut scenes, with embarrassing voice acting and a 14-year-old boy’s obsession with boobs. Just when you hoped sci-fi was finally moving away from the whole objectifying women thing, along come short films like The Witness and Sonnie’s Edge, in which women are raped, violently murdered, and somehow find the time to engage in a lengthy, graphic striptease while fleeing from a murderer. Even the engagingly daft Alternate Histories, about all the ways Hitler could have died, has an orgy in it. It’s frustrating, especially when films like The Witness are so inventively animated. There’s nothing wrong with a bit of sexiness on TV, but when you watch six films back to back, and five of them have boobs in them, it all begins to feel a bit juvenile.