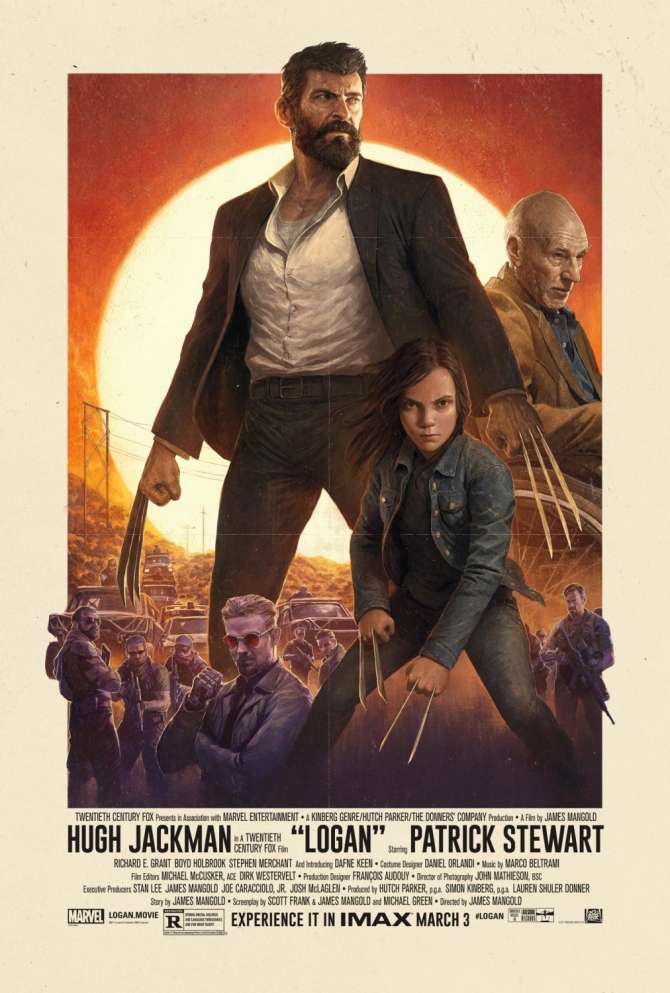 Most films in this genre need to succeed in order to guarantee sequels and justify plans for shared universes. Logan needed to be excellent because it had the chance to be a fitting farewell, an R-rated swansong for a character that has earned one, and a more personal take on the end of everything. It could be that rare thing in comic book movies: a great final chapter.

After a compromised “gritty, grounded” take on the character with The Wolverine, James Mangold and Hugh Jackman have finally been given free rein and they haven’t wasted it. Logan has a raw emotional power that the bulk of comic book films don’t seem to feel the need for. While other X-Men films are bursting at the seams with characters and timelines, the script by Mangold, Michael Green and Scott Frank is stripped down to the bare essentials: three characters on the run who are torn between remembering a better time and wanting to forget how they lost it.

It’s 2029, mutants are nearly all gone, and the Wolverine is no longer healing like he used to. He’s also a full-blown alcoholic, and drives a limo to pay for the black market drugs he takes across the border to Mexico. There, he and Caliban (Stephen Merchant) care for an invalid Charles Xavier, whose deteriorating mental state leads to potentially catastrophic seizures.

Trouble comes with cyborg mercenary Donald Pierce (Boyd Holbrook, a lot of sneering fun), who’s tracking a young girl named Laura (Dafne Keen). Turns out, Laura’s a lot like the Wolverine, and after a terrifying display of her powers, she, Logan and Charles are racing across the country with Pierce and his Reavers close behind.

After spending the last few X-Men films wondering who’s going to get to say “fuck,” it’s a little jarring to hear Hugh Jackman (and everyone else for that matter, including Sir Patrick Stewart) spit the word so freely, and even more so to see him brutally dispatch a gang of thugs in the first sequence, no matter how prepared we were for swearing and gore. However, while the action sequences shock throughout (a lot of savage maiming, gaping wounds and claws through skulls), there’s depth beneath the dismemberment.

Logan is at its best when it forces its three leads to talk (or not, in the case of Laura) and listen to one another, and Jackman and Stewart clearly relish the opportunity to explore their roles in depth. The father-son relationship is given room to breathe over the 140 minute running time and it’s incredibly affecting. Stewart is as flawless as you’d expect, finding the tragedy and humour in the man who has next to no control over his mind and body left (“I’m not a box of avocados!”) but is still desperate for Logan to be the good man.

Logan, meanwhile, is essentially waiting for a time when he’s allowed to die. Jackman taps into the darkest elements of the character but never loses the humanity, and if this is his last outing, he’s gone out with a perfect, heart-breaking portrayal full of rage and grief. 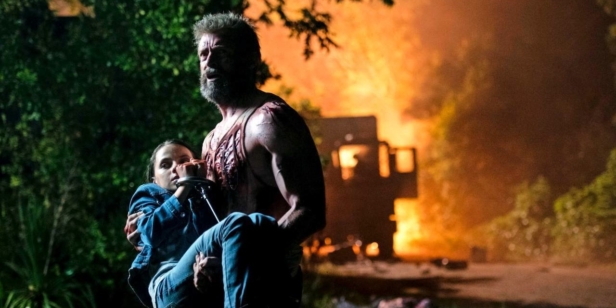 Then there’s Laura. Keen is both terrifying and thrilling to watch as she carves a bloody swathe through the Reavers, and she gives as good as she gets in intense scenes with her veteran co-stars. Her carefully-paced emotional development completes this broken trio perfectly, peaking with a wonderful family dinner sequence full of well-earned sentiment.

Somewhat inevitably given the tone, the few issues come from the more familiar comic-book-y elements, which we won’t go into here for fear of spoilers. It’s also worth noting that Richard E Grant’s villainous Zander Rice could have done with a bit more bite, and that Mangold can’t always resist using a hammer when a lighter touch would do, especially in the second half. However, none of these problems are ever serious enough to derail the film.

We’re hesitant to describe Logan as “grown-up” or “adult” because really, what does that actually mean, but the raw emotions in the film pack as hard a punch as the Berserker rage and the f-bombs.

It’s a grim, violent and genuinely moving take on Wolverine that clearly loves his comic book origins but puts many of the genre’s constraints and tropes to one side to great effect. If this really is the last time we see Logan, we’re thrilled that he’s gone out with such a bang.