Following the previous night’s late night possession madness with Backmask, Saturday morning at FrightFest Glasgow began with that beloved horror staple: the killer clown. Jon Watts’ Clown, produced by Eli Roth, is much bleaker than expected, as kindly family man Kent (Andy Powers) dons a clown costume when the entertainer for his son’s birthday party drops out. However, the next morning he realises that he can’t get the suit off, and that the clothes and make-up aren’t the only things that are bound to him. An ancient evil European clown spirit has possessed Kent, and it wants him to kill children…

A muted colour palette sets the town early on, as Watts puts his hero through gruesome body horror transformations (watching him attempt to remove his outfit is pretty wince-inducing), before setting him off on the rampage after young kids. For the most part, Clown is more interested in grim shocks than hit and miss dark comedy, although there’s plenty of that too. The always-game Peter Stormare shows up to chew scenery as the only one who knows how to stop the demon, and there are some brilliant sight gags based on the changes to Kent’s blood. It loses its way towards the end as the carnage ramps up, but before it gets there Watts and Christopher D Ford’s screenplay avoids many of the obvious pitfalls. Kent pays a brutal price for choosing the wrong outfit and the film puts him through hell, and this is better than expected. 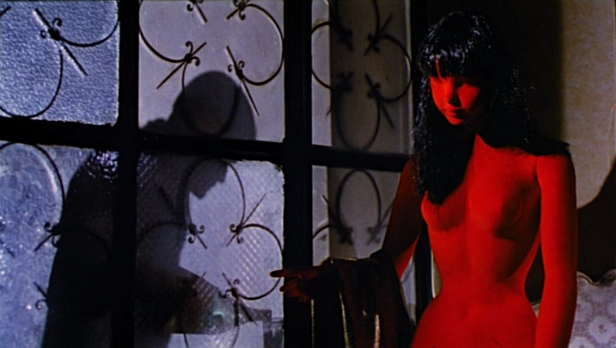 Next up was a classic, as the crowd settled in to watch Arrow Films’ restoration of Mario Bava’s Blood And Black Lace, introduced by Alan Jones. The 1964 giallo finds a group of models being murdered by a masked, leather-gloved killer, and features some absolutely gorgeous visuals. It’s always a pleasure to be reminded of Bava’s eye for colour, as those beautiful reds are very much on display, from the eerie mannequins to the swinging fashion house sign to the telephone. The plot itself is less involving but certainly entertaining, packed with twitchy drug addicts, preening beauties and an impossibly unflappable detective, and the soundtrack’s brilliant too. From the arch opening credits to the final revelations, this was a joy. 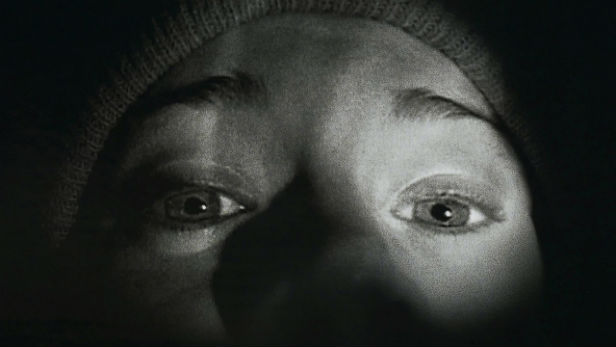 The next film moved further to the present, or the late 1990s to be specific. Russ Gomm’s The Blair Witch Project documentary The Woods Movie made its world premiere (presented by the director himself) to an appreciative crowd, who were almost certainly the best audience for it. The film is made entirely of footage recorded at the time, documenting Blair Witch’s origins and production challenges, how directors Eduardo Sánchez and Dan Myrick made their actors feel truly isolated in the woods, and the incredible success at Sundance.

Although there’s plenty of material here that does have “Fans Only” written all over it, the story of some film school graduates putting together a microbudget horror and finding an ingenious way to shoot it before coming up with a sensational mock-doc advertising strategy make it a fascinating snapshot of a modern classic, soulpatches and all. It’s great to see the crew putting together the first stick figures, for example, while their sheer shock at their Sundance experience is. Gomm’s decision not to include any present day talking heads works both for and against the film. It gives it a certain charm and ties into the lo-fi spirit of the film itself, but it does mean that it’s missing a critical perspective, and that any difficulties are glossed over fairly quickly. Still, it’s very likeable stuff and definitely worth a look for fans of the film. 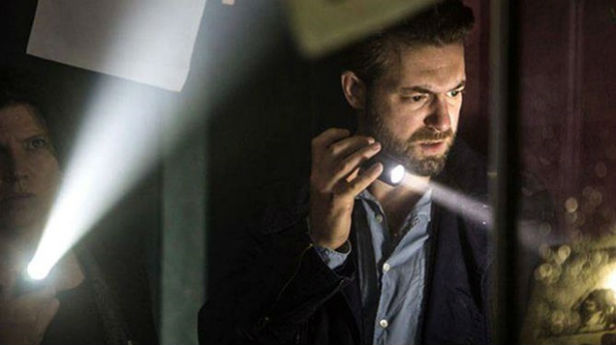 Following that trip down memory lane, the FrightFest audience was in for something much grimmer with The Treatment. A Belgian adaptation of British author Mo Hayder’s novel, Hans Herbot’s movie stars Geert Van Rampbelberg as Detective Nick Cafmeyer, a man haunted by the childhood abduction of his brother by a paedophile. When a terrible crime involving a young boy occurs, Nick is pulled back into his own nightmare as he attempts to solve a shocking and gruesome mystery.

The Treatment doesn’t really fall under SciFiNow’s purview; the horror that occurs in the film is the grim horror of abuse, which is certainly affecting. Herbot pulls no punches when showing the horrifying things that Nick is forced to witness (and was challenged on how much he chose to show during the audience Q&A afterwards, although he faced worse after mistakenly calling the Scottish audience English) and it’s definitely tough to watch. David Fincher is an obvious influence, while it’s certainly easy to draw parallels with the current trend for bleak-but-stylish detective thrillers that come from all over the world to live on BBC4. However, The Treatment’s sheer determination to display these horrors head on sets it apart from the pack, even if the lead character leads something to be desired. We’ve seen too many detective thrillers now to be satisfied with a cop who bulldozes along on rage alone without following any procedures (or wearing gloves at a crime scene). That being said, plenty of sequences hit their bruising emotional mark and you’ll definitely leave the cinema affected by it. 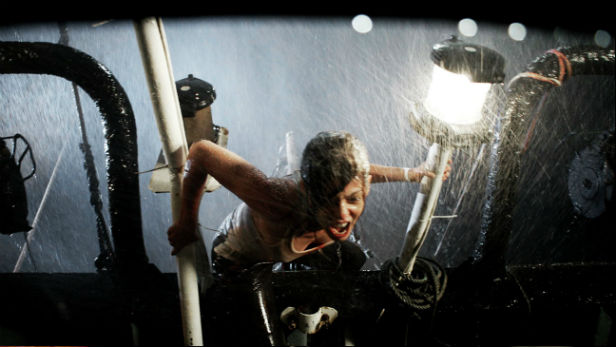 After those grim scenes, it was about time for some zombie monkeys, and [REC]4: Apocalypse certainly delivered on that front. The (apparently) final chapter in the consistently entertaining Spanish fast-zombie saga mostly follows the strand of the first two films, as a pair of special forces guys rescue Ángela Vidal (Manuela Velasco) from the infected apartment block before waking up on a quarantine boat in the middle of the ocean with some salt-of-the-earth crew, a confused wedding guest, and a lot of short-tempered soldiers. Before you can say “untrustworthy government doctors,” an infected monkey is on the loose and the ship is being overrun.

Series co-creatorJaume Balagueró returns to the franchise after taking a break (he made the brilliant Sleep Tight while his partner Paco Plaza directed the underrated [REC]3) and goes solo for this entertaining, if by the numbers, sequel. There’s a certain amount of coasting on goodwill during the first half as the only really new elements are introduced quite late on. Still, the sense of humour that the series has developed serves it well, and it’s hard not to like a movie that’s basically an “in space” sequel but on a boat. Balagueró is still more than capable of creating a good set piece, and by the film’s final act he’s in full-on crowd-pleasing mode. There’s nothing as nail-bitingly tense as anything in the first film, but the filmmakers seem to be going for gory fun and they hit that mark. 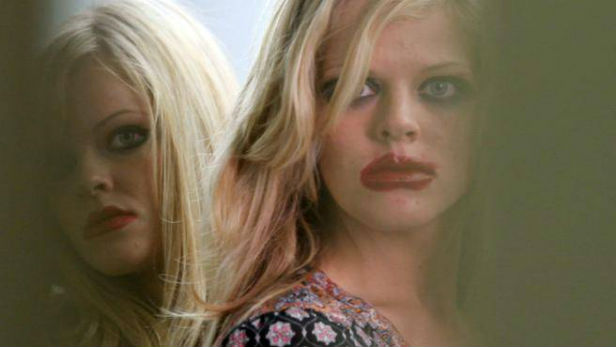 The final film of the festival was Jay Dahl’s long-in-production There Are Monsters, which no one seemed to know very much about going in. This was probably a good thing, and it’s worth noting that it definitely divided the dedicated crowd that had stayed late for it, but we had a great time. Four film students are on a road trip to gather testimonials from successful graduates when they start to notice that people are acting strangely. Men and women in the distance stand perfectly still with their backs turned. Words filled in on a crossword puzzle don’t make any sense. And isn’t that woman’s smile just a little too wide…?

Dahl grabs the audience’s attention with a superb pre-credits sequence that got a great reaction from the crowd (and certainly had us jumping out of our seats), and lays out the film’s story via a story about Capgras syndrome straight afterwards (in which people believe that those around them have been replaced by monsters), before jumping back eight hours earlier. In short, he sets out exactly what the film’s about from the get-go, and whether or not you enjoy it depends on whether or not you can get on board with its characters, its extremely choppy style (found footage that doesn’t care about the rules) and its throw-everything-at-the-wall narrative.

It’s very much Body Snatchers by way of David Wong’s John Dies At The End-style knowing freakiness, with urban legend paranoia punctuated by jump scares and the occasionally gooey gross-out. There Are Monsters certainly flounders every now and again and there are plotholes galore, but there are good performances from the four leads (Kristen Langille, Guy Germain, Matt Amyotte and Jason Daley), its bursting with energy and when it works, it really works. As the audience reaction showed, it’s certainly not for everyone, but we found it funny, inventive and genuinely scary, and we would definitely recommend giving it a chance.

And so that’s it for another year of FrightFest Glasgow. As ever, we had a brilliant time with a selection of chillers from around the world, and the atmosphere was fantastic. The Glasgow Film Theatre is a great place to watch horror films on the big screen and the FrightFest audience is a great crowd to do that with. We can’t wait to come back next year…