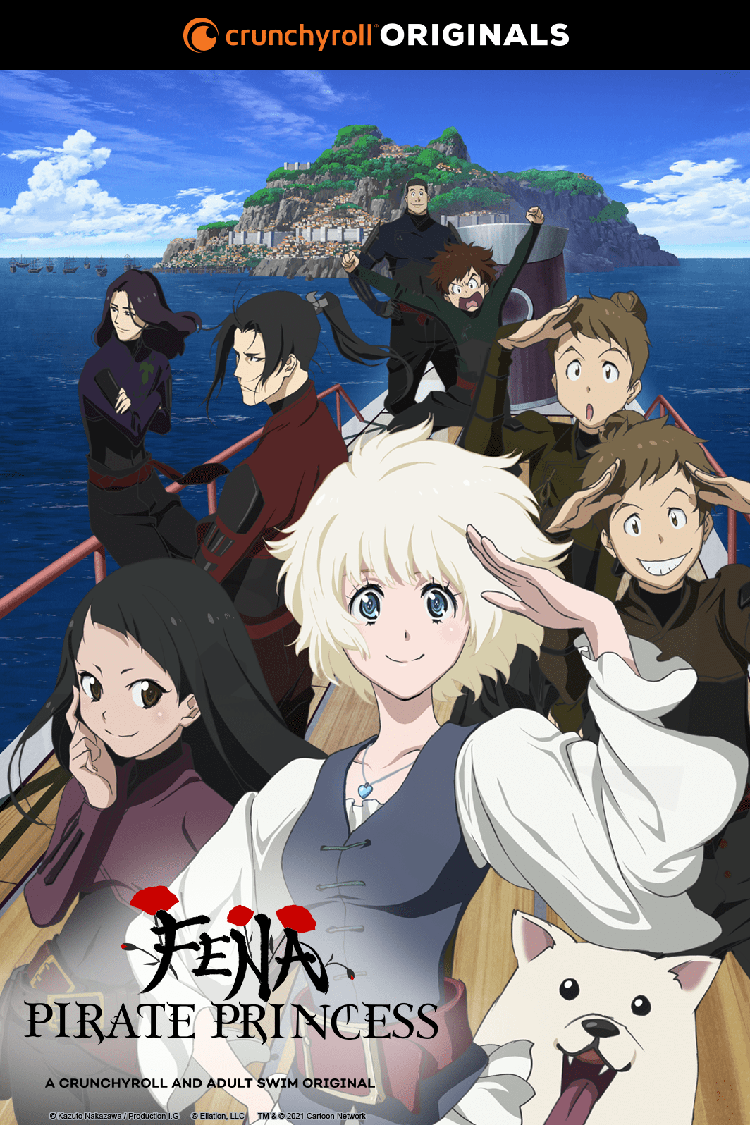 Sometimes what you need in your anime life is a good old-fashioned adventure, packed with thrills, lols and a sense of real excitement, and Fena: Pirate Princess delivers all that and more. We got to watch the first two episodes of this anime original, and if we’d been handed the whole season we would have binged it right then and there.

The story follows Fena Houtman – as a little girl on a sea voyage with her father, their ship is attacked, and the only way to ensure her survival is by casting her into the sea alone on a lifeboat. She survives, washing up on a shore somewhere, but not only is she now an orphan, she’s put to work as a servant at a brothel, and when we meet her as an adult she’s about to be put to work in a different way… But don’t worry, because she’s soon rescued, and the adventure begins in a big way.

We may only be two episodes in, but we already love everything about this show. Firstly, Fena looks phenomenal: this is top-tier anime eye candy, and Production I.G has put together a stunning-looking show. The music is thrilling, haunting, atmospheric and exciting, and the OP just slaps – it’s so good that skipping it is forbidden, and it puts you in the right mood for this show.

Fena herself is a goofy, lovable heroine, and she’s surrounded by a cast of equally lovable eccentric and over-the-top characters. Yes, there’s bloody violence, peril and adult situations (Fena’s been auctioned off and about to become a prostitute in the first episode), but it’s all surrounded by a thick layer of slapstick humour. Everything feels light, and it’s all played for laughs. While there are some serious moments and we predict feels will be incoming, the show’s all about keeping you entertained, and that it does.

In fact, do you know what Fena feels like? It feels like a classic, old-school adventure shounen anime; it’s got that gung-ho, all-out action vibe, and we are here for it. You’ve got a strange island, ninjas, pirates, a cute doggo, wacky sidekicks, a beautiful heroine with a mysterious past, and they’ve all got to band together to try and unravel the secrets of a stone that belonged to Fena’s father. This is Grade-A anime adventure material right here and it is gold.

Fena: Pirate Princess gives you everything you could possibly want and hope for from a show bearing that title, and it is outrageously entertaining on every level. We hate scoring an anime after just two episodes, but if the show stays its course and doesn’t run aground midway, this could be one of summer season’s best offerings.

Fena: Pirate Princess is out on 14 August on Adult Swim and Crunchyroll

Army Of The Dead Review: Texas Hold-Them Zombies Back!

Army Of The Dead Review: Texas Hold-Them Zombies Back!